Love Kasavu sarees? There are many ways to accessories it and flaunt them and we got you covered in that department like always. 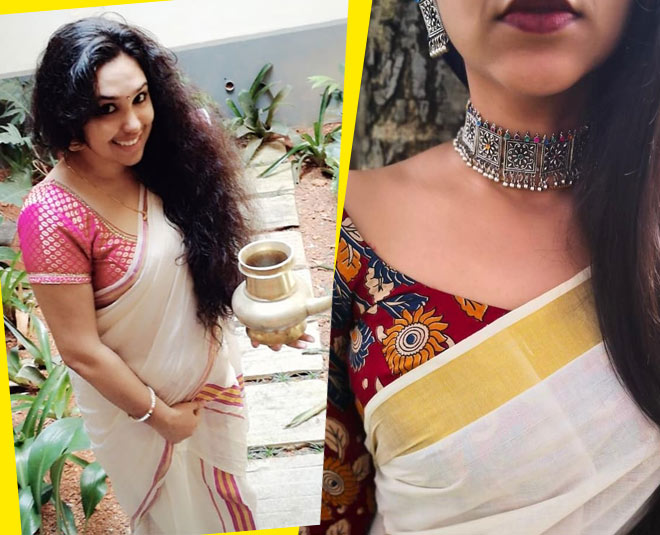 Kerala Kasavu or the white saree with golden border, which was earlier called Mundum Neryathum can actually be traced back to the Buddhist era. It became a fashionable saree later and became prominent in Kerala. However, the style of the fabric actually has its essence from the Graeco-Roman culture which was called ‘Palmyrene’. This Onam 2021, flaunt a Kasavu saree which was initially considered as a long piece of fabric with a golden border and pinned to the left side of the shoulder. It was never a saree but it was in the 1970s that it became one. If you love this white and golden saree then we have a few different ways in which it can be stylised. Let's take a look. 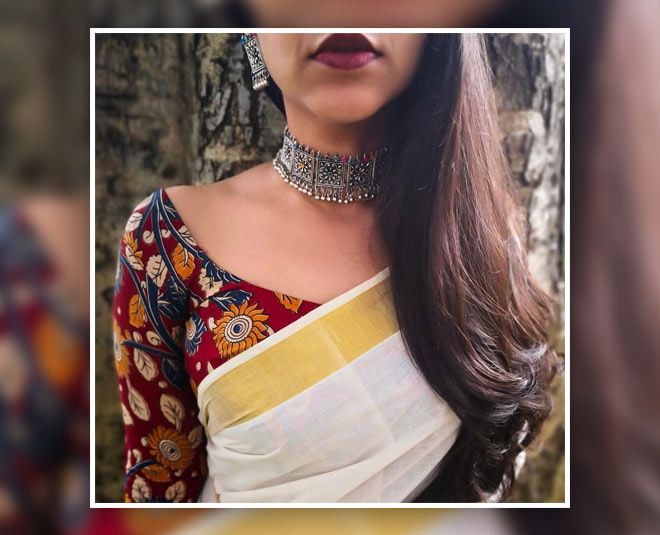 Image courtesy: For desi by desi

Isn't this a stunner! A broad neck blouse in kalamkari print and contrast colours, that silver choker and earrings, hair swept on one side and that added oomph factor using a vixen lip colour, this look is a winner! You have to have that sassy attitude to carry it off though. Not everyone can flaunt it. A Kasavu saree teamed with all this will stand out hands down. 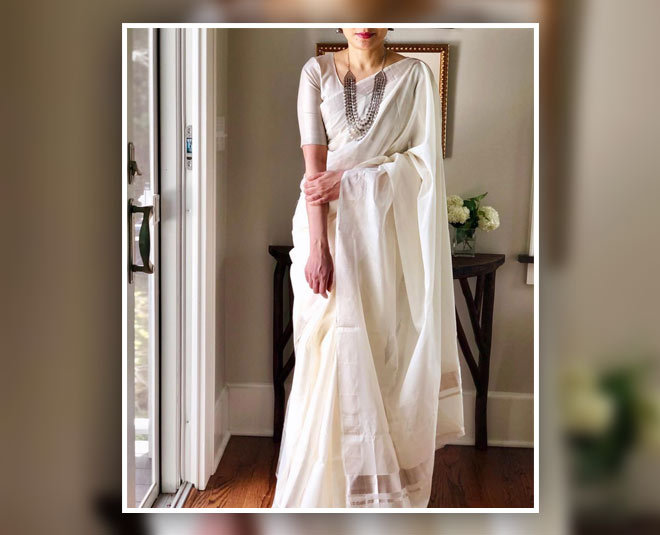 Keep it all white like this and you will look ethereal for sure! Flaunt a white cotton blouse and in jewellery just a multi-layered silver necklace and earrings. If you want you can wear a red lip shade and if you want it completely sombre then a nude lipstick will do. This look is good any time of the day. 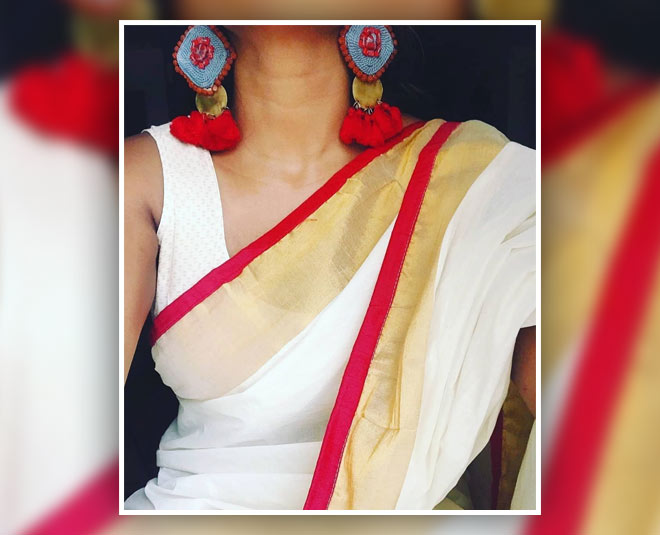 Nowadays we get Kasavu saris with different borders as well but you can modify and customise it yourself as well as in the picture above. To give your look more spunk, wear matching pom pom earrings and complete the look.

Don't Miss: Are You Sure You Bought An Original Saree? Use These 9 Tips To Spot A Fake Quickly! 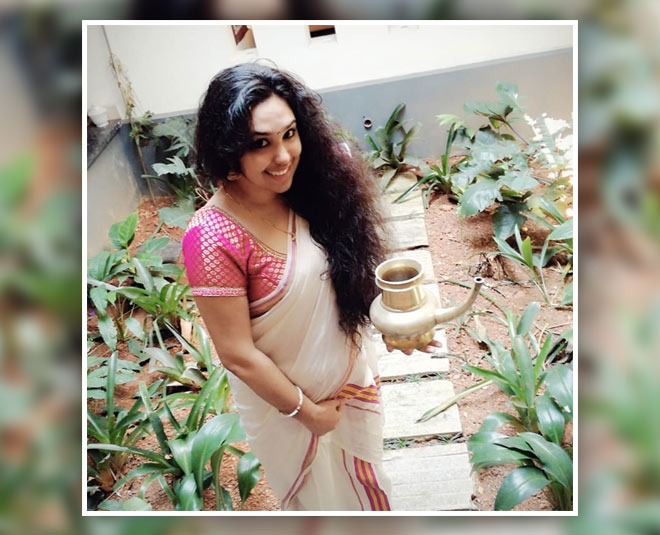 For a more traditional look, a kasavu saree matched with a brocade blouse makes for the best combination. Wear danglers and simple chain with a small pendant for a simpler look and nothing like long mane kept on one side. 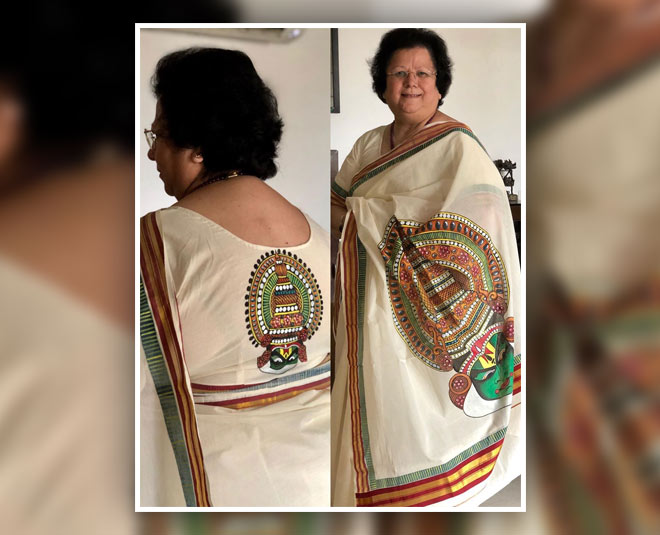 Add grace to your simple cotton Kasavu with some beautiful hand-painted blouses. There are artistes that specialise in this or you could do it yourself as well. Use simple design ideas if you are a beginner!

Stay tuned to HerZindagi for more such ethnic looks.