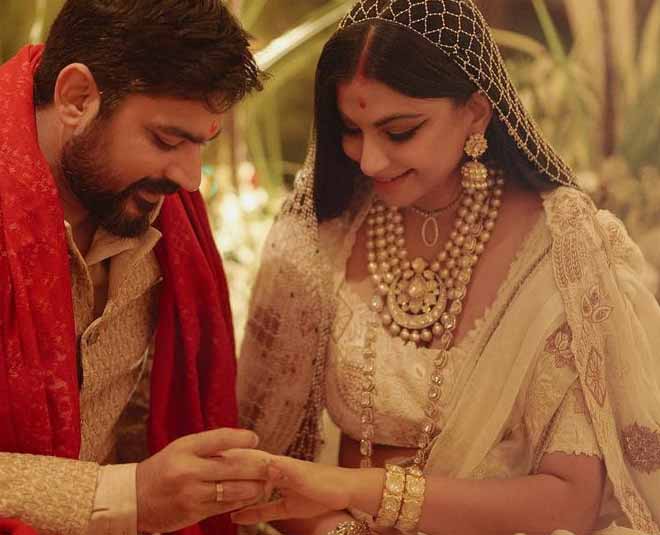 Bollywood star Sonam Kapoor’s sister Rhea Kapoor married her longtime beau Karan Boolani in an intimate ceremony on 14th August, 2021. The low-key ceremony was held at the Kapoor’s Juhu residence with only close friends and family. 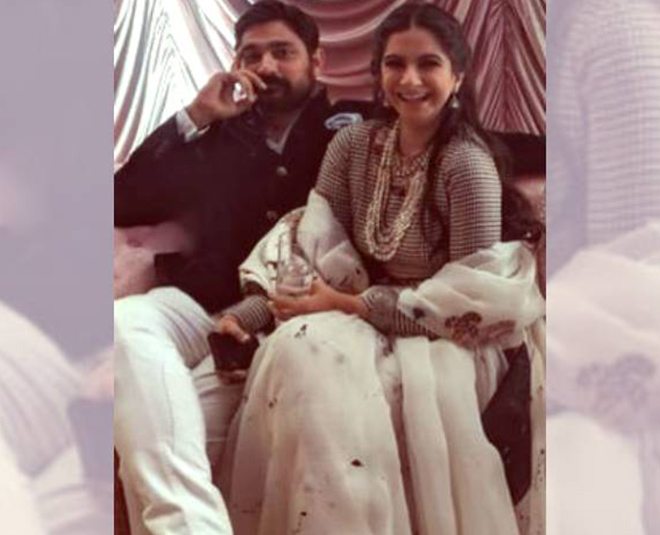 Karan Boolani is a filmmaker who has more than 500 commercials in his name. Also, he has assisted in some films including Wake Up Sid and Aisha (where he worked with both Rhea Kapoor and Sonam Kapoor). He has also worked with Anil Kapoor on series 24 as one of the directors. Along with this, he has some other directorial ventures under his name.

On 16th August 2021, Rhea Kapoor took to Instagram to share a beautiful picture of the wedding with her husband and expressed her overwhelming emotions. She wrote, "12 years later, I shouldn’t have been nervous or overwhelmed because you’re my best friend and the best guy ever. But I cried and shook and had stomach flips all the way through because I didn’t know how humbling the experience would be. I’ll always be that girl who had to come home to juhu at 11 pm before my parents fell asleep. Only until now I didn’t know how lucky I was to feel torn. I hope we make a family so close that we have many, many loves of our life. Mine are @karanboolani @anilskapoor @kapoor.sunita @sonamkapoor and @harshvarrdhankapoor forever more." 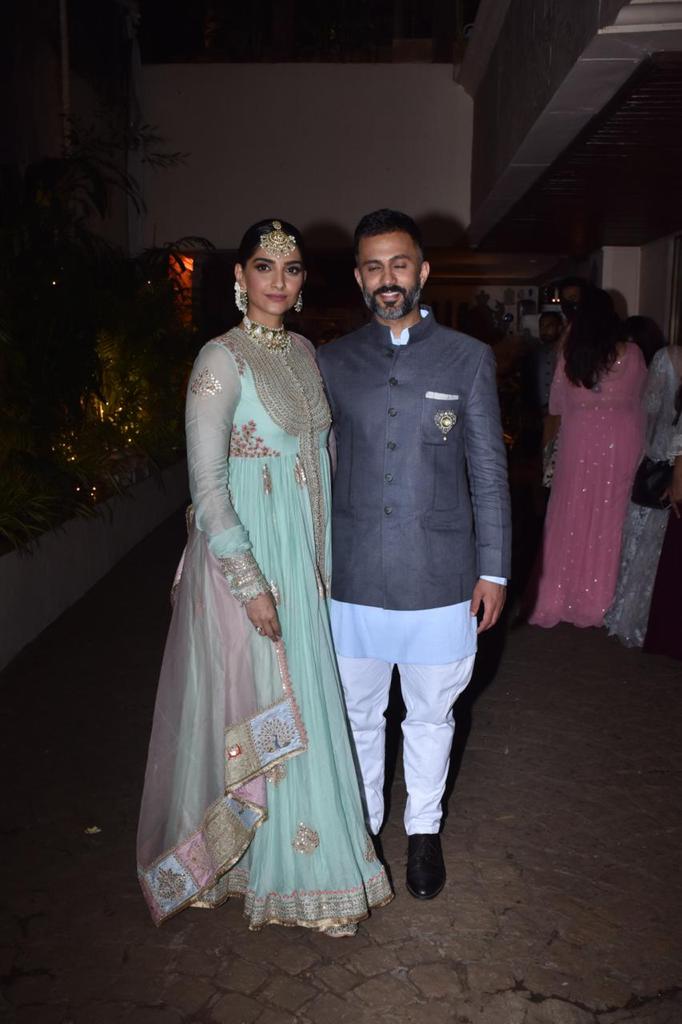 Sonam Kapoor also returned from London with her husband Anand Ahuja after almost a year to attend her sister’s wedding day. She made a royal entry at the event with Annand Ahuja. She was seen wearing a beautiful Anamika Khanna blue anarkali for the big day.

As the wedding is a small one, therefore, she didn’t want to go overboard but still managed to make head her with her ethnic look. She took her outfit to the next level with her accessories and a bun with gajra.

Highlights From The Wedding 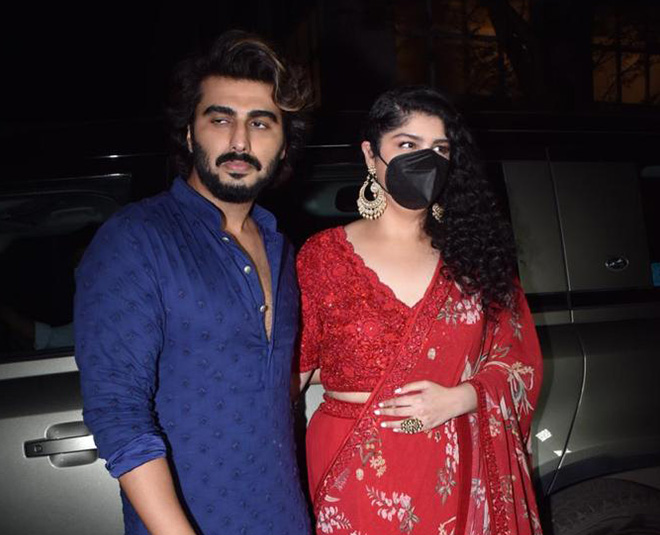 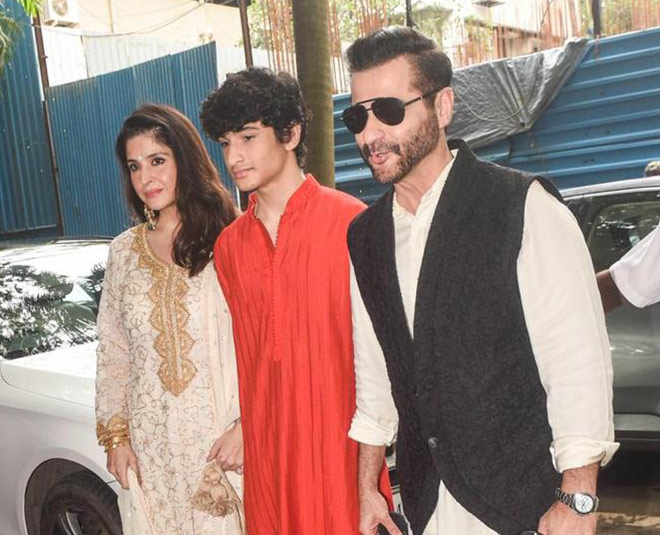 Also, we could spot other family members including Boney Kapoor, Maheep Kapoor and Sanjay Kapoor. Some close friends were also spotted including Masaba Gupta and Kunal Rawal. No inside visuals of the ceremony have yet been shared. 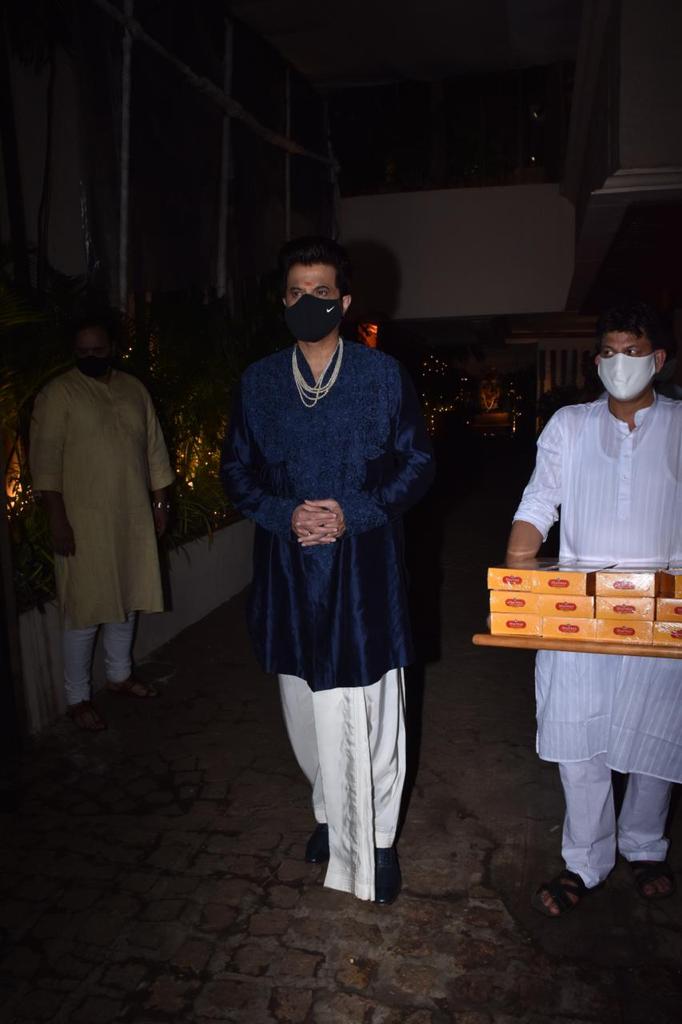 After the wedding, Anil Kapoor came outside the house to distribute sweets to the photographers gathered at his residence and also, asked everyone to bless his daughter and new son-in-law.

Rhea Kapoor and Karan Boolani have been together for more than a decade now. Aforementioned, the two worked together on the film Aisha and met on the sets of the film. Rhea was 21 when she met Karan who worked as an assistant director on the film and experienced love for the first time.

In September 2020, Rhea shared some pictures on Instagram from Rishikesh where the film Aisha was shot. The pictures were during the wrap up of the film and she revealed that it was during this film that she fell in love with him. She wrote, “"Film Wrap! My first film and my first love. I was 21 when it started and 22 here. #babyproducer (Aisha, 2010)”

Karan commented, “My favourite love story is ours” followed by an array of hearts. Although, a bit cheesy but too cute.

Rhea Kapoor and Karan Boolani have been a part of each other’s family since the start. We have spotted Karan with the Kapoor’s on several occasions including weddings and festivities and he just felt like a member of the family.

In 2020, Anil Kapoor took to Instagram to wish Karan Boolani Happy Birthday. He wrote, “Happy Birthday, @karanboolani! Watching you grow into a visionary director & an incredible human being has been so heartwarming! We're lucky to call you family! Don't let the world change you because you're pretty amazing as you are!" This post just proves Karan was already family for the Kapoors even before the wedding.

Don't Miss: Read About 5 Bollywood Movies That Should Not Have Had Remakes

The couple seems to be very much in love. We wish the happy couple a long and prosperous life.