10 Offbeat, Hidden Secrets & Gems Of Egypt You Never Read About

Besides the Pharaohs & Pyramids, here are some hidden gems of Egypt you did not know about. 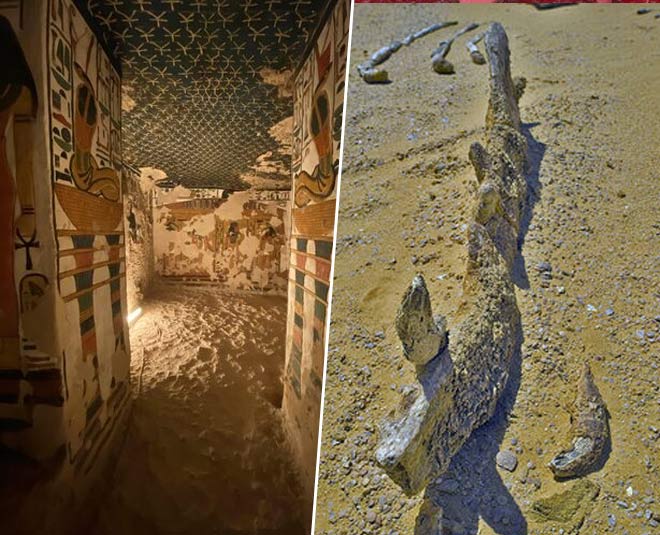 The official currency of Egypt is the Egyptian Pound (EGP). The symbol used for the EGP is E£. Currently, as of May 1, 2021, the conversion rate of the Egyptian pound to INR is Rs 4.73. The best time to visit here is between September and April and if you can, make plans around the Abu Simbel Sun Festival which takes place on 21 February and 21 October each year. Egypt is 4,920 km away from India and it takes approximately 6 hours 31 minutes of flight time. There are 2 international airports here with its Capital, Cairo being one and the other is in Luxor. Now that you know the basics, here is a list of what all you must check out here besides their world-famous pyramids, etc. 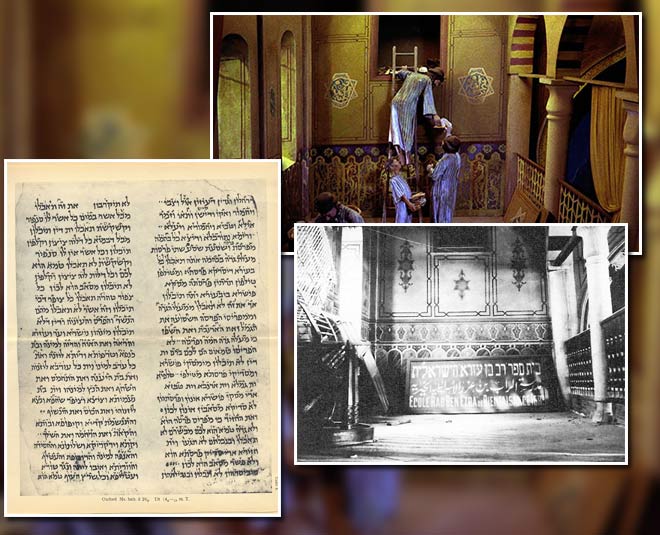 There are thousands of ancient documents which give us a glimpse into Jewish life in Cairo. The Ben Ezra Synagogue was built in al-Fustat, which happens to be the first capital of Egypt under the Arab rule. Today, it is a part of Old Cairo. Abraham ibn Ezra of Jerusalem was purchased as the land for the synagogue in 882.

It is said that the synagogue was built where baby Moses was found adrift on the Nile, however, there is another theory which makes it famous.

In the 19th century, almost 280,000 Jewish manuscript fragments were found in the genizah (depository) of the Ben Ezra Synagogue! This is why the genizah is a must-see. These are the forgotten mummies of Dakhla oasis. Discovered in 1972, the ancient tombs of Petosiris and Sadosiris, were the star attraction of the Muzawaka necropolis. Howvere, the fresh air and humidity from the breath of the visitors affected  the state of the colourful frescoes inside the mausolea, which is why the tombs had to be closed for several years.

But locals can visit the burial site and can guide visitors to the open rock-cut tombs which have many mummified corpses. What we are talking about are brightly painted boulders which are sprawled throughout the Sinai Desert. They are very close to Mount Sinai. It is however, not a natural creation, but a work of art. It was created in 1980 by Belgian artist Jean Verame, who was inspired by the groundbreaking Egyptian-Israeli Peace Agreement (1979), He painted it all blue to let the boulders symbolise peace.

The desert is situated in the South of the Sinai Peninsula, a region which had witnessed numerous battles between the warring countries.

A total of 10 tons of paint were used which were granted from the United Nations. Verame has also created similar monumental pieces of art in Chad and Morocco. However as of April 18, 2018, it was closed by the Egyptian government and visitors are no longer allowed here. The temple of Kom Ombo is a double temple which was  constructed during the Ptolemaic period, from 108 to 47 BC. This place of worship has engraving tof what seems to be one of first representations of medical and surgical instruments. It can be found in the building's passageway that surrounds the main area. The surgical instruments depicted include forceps, scalpels, curettes, scissors, speculators, medicine bottles, and prescriptions. The image alo has two goddesses sitting on birthing chairs. 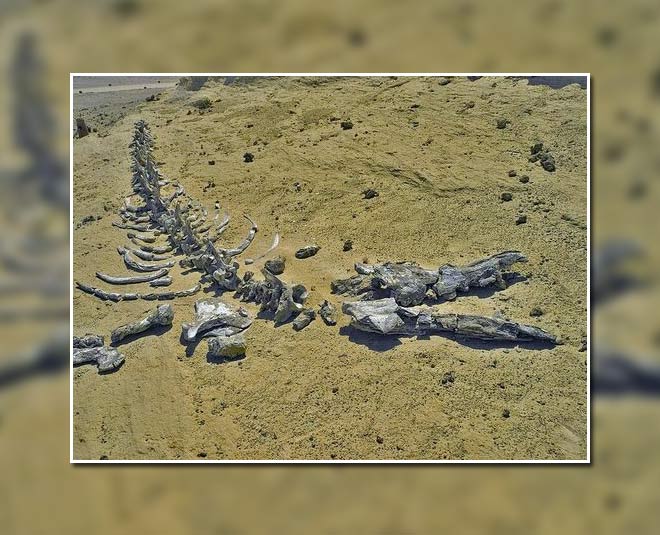 This Egyptian treasure trove of fossils documents the whale's transition from land mammal to sea creature. The site has a large collection of whale fossils. The bones are said to belong to a long-extinct variety of whales, called archaeoceti.

What These are different as they have hind legs. So it is quite poassible that whales began their journey in the world as land-based animals. But since their discovery in 1902, the fossils have  raised more questions than they’ve answered. Evolutionary biologists are still puzzled over the identity of the species' earliest ancestor.

6The Tomb of Nefertari: Luxor, Egypt 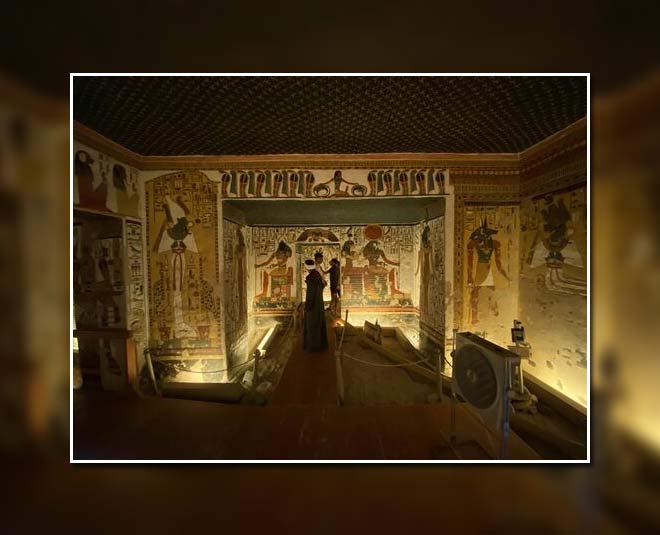 This place is also known as the Sistine Chapel of Egypt, which has some of the most well-preserved paintings in Egypt. The tomb of Nefertari, who was the first of the Great Royal Wives of Ramesses the Great, has paintings which look extremely fresh as if they were painted just days ago. There is a usage of vivid colours. The tomb has a different level of detail when you compare it to the other tombs found in Valley of the Kings or the Valley of the Queens.

The entry ticket here can be pricey but it is worth it. You cannot spend more than 10 minuted in the tomb.

7City of the Dead: El-Saf, Egypt 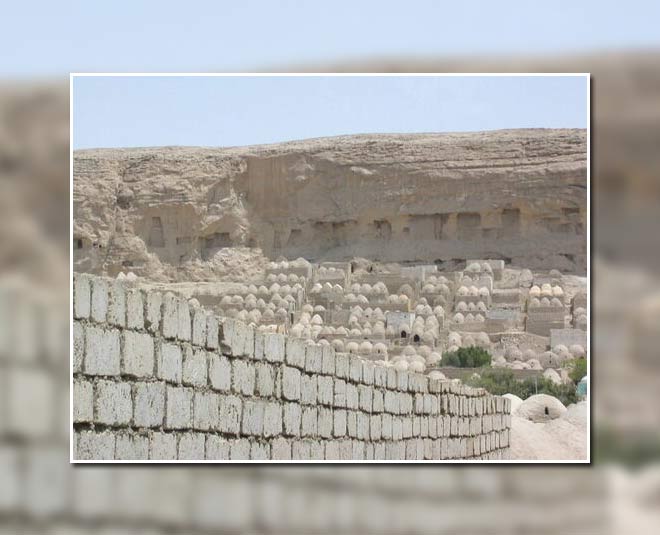 This place is an endless sea of white conical domes and is called City of the Dead. It cone of the ould also be one of the world’s largest cemeteries.  The necropolis looks like waves in the sea. Each mud-brick mausolea is topped with a dome. The cemetery stretches for many  kilometers and was used by Muslims and Coptic Christians alike. This temple is very well preserved and you must visit the underground crypt of Hathor Temple at the Dendera Temple Complex in Qena. Do not skip out on the 2,000-year-old intricate temple either. This is an ancient instrument which was used to measure the waters of the Nile as it would help the Egyptian farmers know when to expect famine or flood.

Long before the Aswan Dam was constructed, Egyptians invented the nilometer. These of 3 kinds. The simplest was a tall column which was in a submerged stone structure called a stilling well. You can see one of them on Rhoda Island in Cairo, It is an octagonal marble column which is held in place by a wooden beam at the top. The stilling well also has a staircase so that priests, who were in charge of monitoring it, could walk down and examine. These nilometers are more than 5,000 years old. The city of Thonis-Heracleion was hidden for thousands of years, as it was submerged deep under the sea. French archaeologist Franck Goddio and his team discoeverd it when they first saw a colossal face emerge from the watery shadows.

Goddio encountered Thonis-Heracleion, when it was  completely submerged 6.5 kilometres away from the Alexandria’s coast.

His team also found 700 anchors, 64 ships, a treasure trove of gold coins, many statues standing at 16 feet, and the remains of a massive temple to the god Amun-Gereb.