This Arab country has so much history attached to it that you will be mesmerised with the stories the guides here will narrate. Pack your bags for thi... 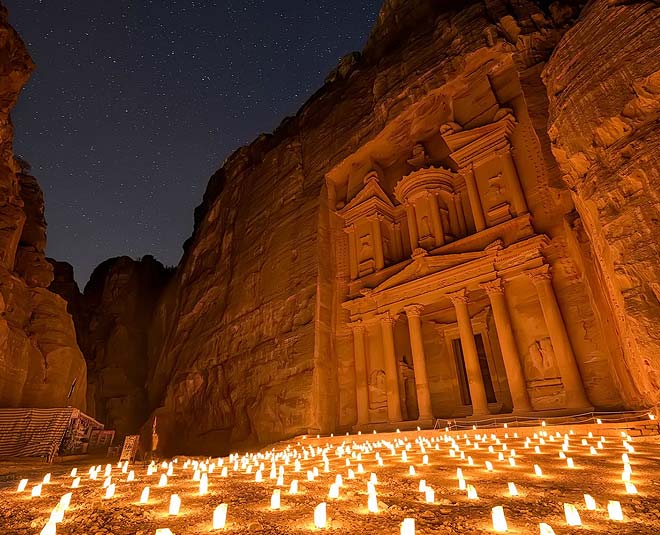 If you are a romantic person and have read Mills and Boons, you may be able to relate to Jordan as this where our beautiful characters would hail from, especially when the tall dark handsome knight in shining armour came to save them. The ancient ruins have so much to tell that your imagination could run wild with the kind of stories the guides could narrate. If History is your thing then Jordan has witnessed so much, you will be in awe of the still standing Arab country. There is so much here but then, of course, like they say: "Beauty Lies In The Eyes Of The Beholder".

Yes, I agree it is a bit expensive but this trip is certainly worth it. You have to saturate that wanderlust and this place which is home to many wonders could easily be in the midst of your bucket list. Check out what all you can see here that will make your visit worthwhile. 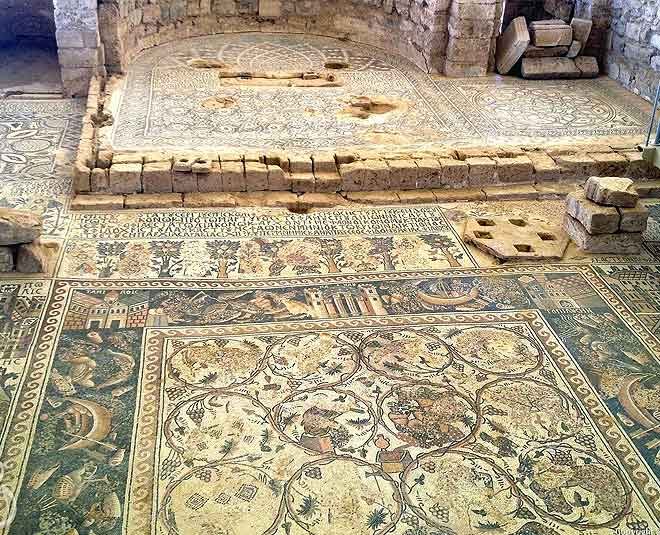 A UNESCO World Heritage Site, this place is what can I say... spectacular! It is perfectly preserved as you can see the mosaic in the picture above, the site hosts extensive Roman, Byzantine ruins as well as the mosaic floor in the Church of Saint Stephen. What you see in the mosaic is the ancient hunting and fishing technique of Jordan. 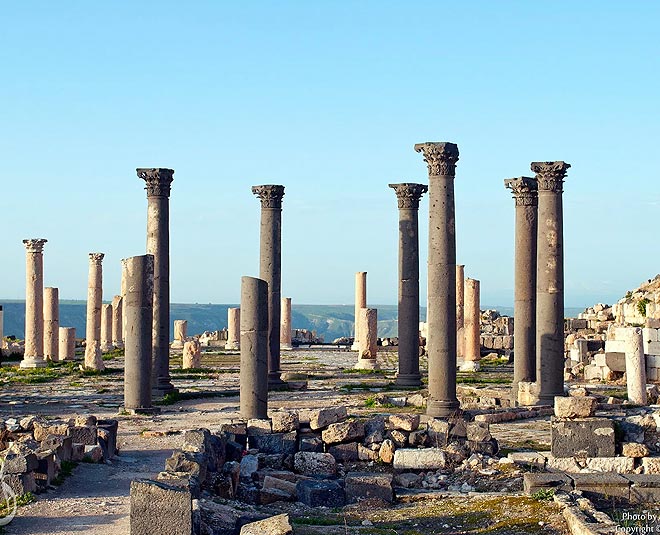 Located on the border of Jordan, Israel, Palestine, and Syria, the ancient city of Umm Qais has an excellent view of the Sea of Galilee and Golan Heights. Originally known as the Decapolis city of Gadara, Umm Quais represents the ruins of a Roman town built on an old Ottoman village. The ruins include a theatre, the main street, and buildings which were once occupied by shops, houses, and temples. According to the bible, Umm Qais is where Jesus cast demons from men to pigs. 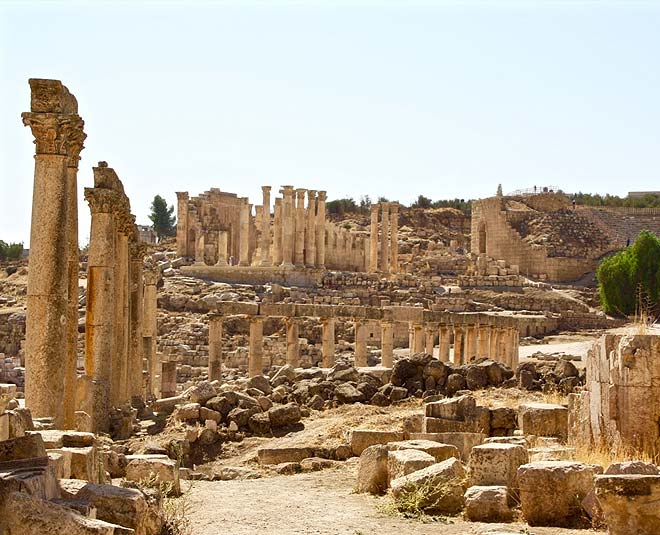 The Roman ruins of Jerash are among the best preserved Roman ruins in the world. It has the hippodrome which once hosted chariot races which were witnessed by 15,000 spectators, the cardio Maximus, once the main thoroughfare through the city, and Hadrian’s Arch, which was built to commemorate a visit by Emperor Adrian. 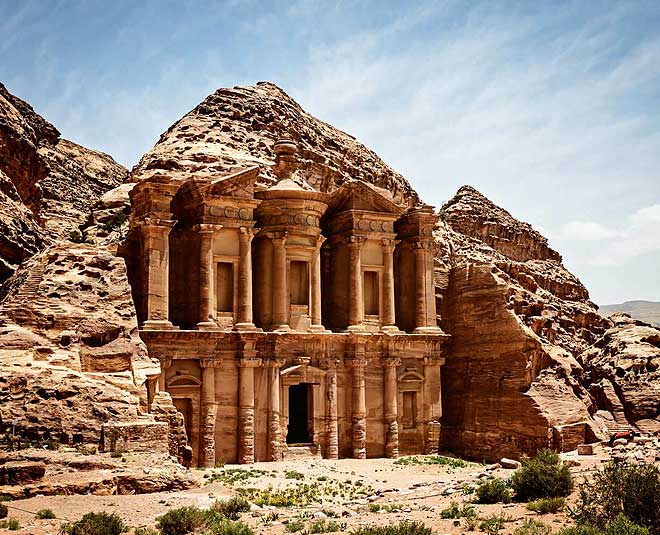 This place is one of the great ancient cities of the world. It is all about the momentous buildings built into high cliffs, which take your breath away the moment you step into the Treasury square after your 2km walk through the deep narrow gorge of the Siq. The place which dates back to more than 2000 years, it was an important part of the Silk Route to China and India but was abandoned at some time around the 12th century.

Did you know that it was only known to locals for hundreds of years until it was rediscovered by the West in 1812? Oh and this is where the Hollywood movies "Transformers" and "Indiana Jones" was filmed! Just make sure you arrive early to beat the tour bus crowds and don't forget to venture up to the Monastery for a magnificent view of the end of the world. I found it much better than Angkor Wat in Cambodia. Let us know your take once you are back from this magistic trip.

An incredible desert valley filled with narrow gorges, towering cliffs, and natural stone arches, Wadi Rum is  home of the Bedouins where the human race has inhabited this land for nearly 12,000 years. This is where T.E. Lawrence began his journey through the Arabian desert. Lawrence of Arabia is so linked to Wadi Rum and the beautiful rock formation known as the Seven Pillars of Wisdom was named after his autobiography.

Don't Miss: Get Married In Turkey, Make It Memorable Like This Sabyasachi Bride

Experience this place, please. You have to stay here. It will give you a true Bedouin experience as you camp in the middle of Wadi Rum. Walk by candlelight, enjoy a Bedouin meal cooked in the earth and ride a camel at sunset. Does it not sound romantic?