8 Best Places For Solo Travel In The USA

Love solo travel? Here are some places where you can go backpacking alone in the U.S.A and treat yourself to those country roads, beautiful landscapes... 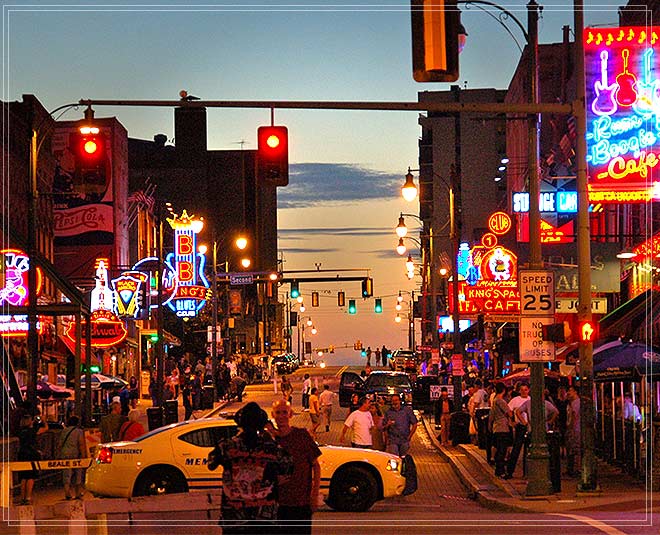 A country of road trips and big blue skies, the United States harbours orderly cities filled with restaurants, parks, museums, and innumerable sightseeing opportunities, as well as pristine natural areas perfect for a holiday in the great outdoors, especially if you are travelling solo. A travel engine GoUSA, has dolled out a list of places that you can explore. 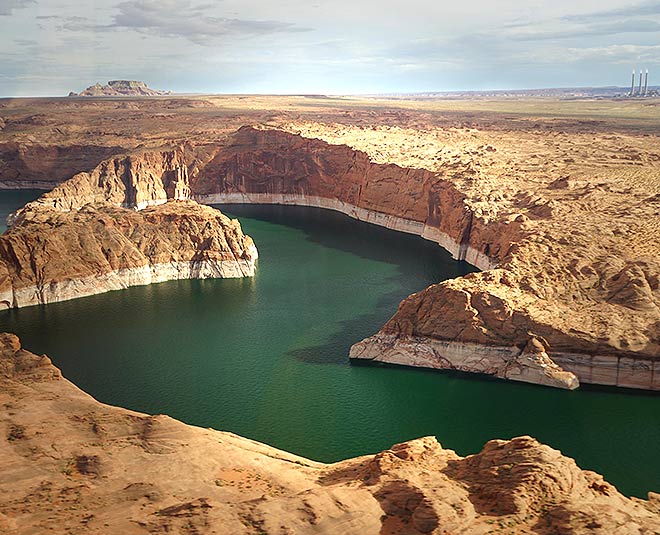 With easy access to thousands of square kilometres of amazing red rock landscapes waiting to be explored, Moab delivers nonstop fun and excitement for everyone. While exploring the scenery of the American Southwest, visitors can relax and experience the small-town hospitality of the city, a world-famous base camp for mountain biking, hiking, four-wheel driving or river trips of any length and experience level.

There’s no better view of the snaking Colorado River than from the mesa at Dead Horse Point State Park, just a short drive from town and a hot spot for mountain biking, hiking and wide canyon views. Additionally, canoes, kayaks and paddle boards are the perfect way to explore calm segments of Colorado. See nine spectacular peaks, hike alpine trails, and view Mill Creek, Negro Bill Canyon and Professor Creek, where you’ll discover waterfalls amid the desert landscape. Two lakes will entice picnickers or those looking to cool off. 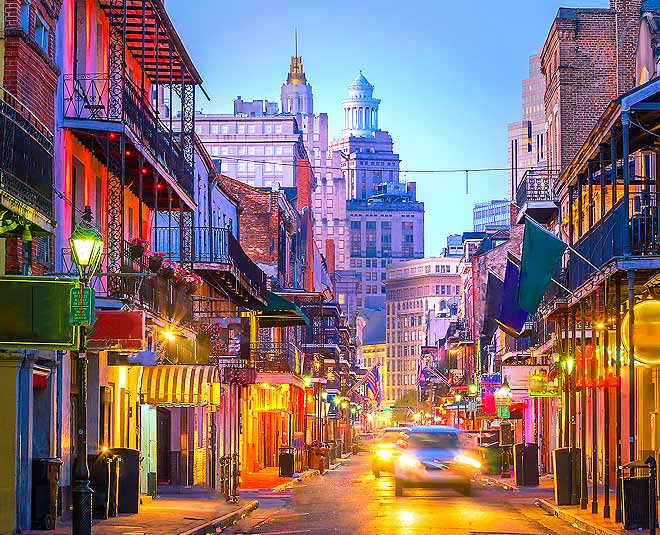 No matter the time of year, New Orleans welcomes its visitors in a grand way to experience Caribbean, American, French and African cultures colliding in a brilliant explosion of flavours, emotions and sounds. Music is everywhere here, people live to eat, and every day is a party here in the birthplace of Jazz. With a combination of city life and rural plantations, swamp tours, festivals, historical significance and revelry during Mardi Gras, New Orleans has the recipe to captivate everyone.

New Orleans has produced its share of musical giants, from greats like Louis Armstrong to contemporary acts like Trombone Shorty, Branford Marsalis and Harry Connick Jr. Live music occurs every day and night of the year, and many venues feature award-winning performers throughout the week. A must-stop is Preservation Hall, dedicated to preserving the New Orleans Jazz tradition. Also worthy of your time are visits to the National World War II Museum and the Presbytere and Cabildo state museums.

Memphis is where blues music grew up, where rock ‘n’ roll was born and where important strides were made in the struggle for civil rights. This living history hits visitors right away during a stroll through Graceland, Elvis Presley’s final home, or on a visit to the National Civil Rights Museum, located at the site where Martin Luther King Jr. lost his life.

Modern Memphis has plenty of attractions to offer, especially for animal lovers. The Peabody, a famous five-star hotel in Memphis, is home to a regal brigade of ducks who spend their days basking in the ritzy hotel lobby fountain. Silky O’Sullivan’s serves great barbecue, but the main attraction here are the beer loving goats. And then there’s the neon-lit Beale Street, where artistes like Louis Armstrong and B.B. King performed and helped create the music style known as the Memphis Blues. For a quintessential dose of Beale Street, head to Rum Boogie or B.B. King’s Blues Club. Music buffs will also want to visit the Memphis Rock n’ Soul Museum, Sun Studio, where Elvis, Jerry Lee Lewis, Carl Perkins and Johnny Cash got their start and Stax Museum of American Soul Music which sits on the site of the original Stax recording studio.

Don't Miss: Going To Europe? Do Not Miss These Single-Country Train Routes 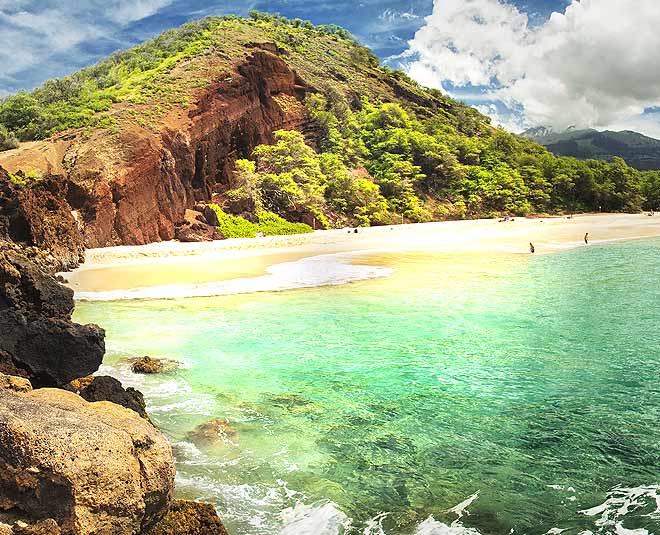 On Maui, there’s no wrong answer to “What shall we do today?” Wherever you turn, there’s something to see and do, something fun and active, something cultural and historic, something indulgent, something amazingly scenic. This is where island dreams come true, whether they involve sitting on a gorgeous beach watching the waves, golfing on one of the world’s most beautiful courses, exploring underwater, discovering charming small towns or driving along winding roads with incredible greenery and postcard-worthy waterfalls.

Speaking of colourful beaches, head to Maui’s east side to see the Black Sand Beach at Wai'anapanapa, the Red Sand Beach at Kaihalulu Beach and the grey beach at the crescent-shaped Hamoa. Capture a painted sunrise at the Visitor Center, then hike or drive to the top of Maui’s highest peak. The Pipiwai Trail has photo stops at a massive banyan tree, an eerie bamboo forest, and Makahiku and Waimoku Falls. At Iao Valley State Park, photograph the 366-meter Iao Needle, site of a historic 1790 battle. In the town of Makawao, check out the art scene and look for Hawaiian cowboys known as 'paniolo'. The historic town of Paia offers quirky shops influenced by hippies and surfers. Food-truck aficionados can’t miss the crispy calamari, coconut shrimp and rice in Kihei. Cape Cod and its islands of Martha’s Vineyard and Nantucket are celebrated for their unadulterated beaches and New England seaside way of life. The windswept coastline gives way to dramatic views of the Atlantic Ocean, which is often lit up at night by historic lighthouses or bonfires on the beach. The 15 towns and handful of fishing villages contribute to the region’s maritime character and air of romance, offering everything from glasswork studios and vineyards to gabled inns serving straight-from-the-ocean seafood.

The 64 kilometres of shoreline span six beaches, but the sand feels endless at Cape Cod National Seashore. Swim and beachcomb or for more action, cycle along the Shining Sea Bikeway or go surfing. To see more of Cape Cod’s natural habitat, head to Nickerson State Park to fish for trout or go canoeing. Monomoy National Wildlife Refuge, a migratory bird preserve, offers visitors a chance to engage with wildlife. Because its peninsula is shaped so irregularly, Cape Cod is studded with lighthouses of all shapes, sizes and colours. Some are viewable only from a ferry tour, but five are open to the public. Don’t miss the Sandwich Glass Museum, Cape Cod Museum of Art and Aquarium of the National Marine Fisheries. 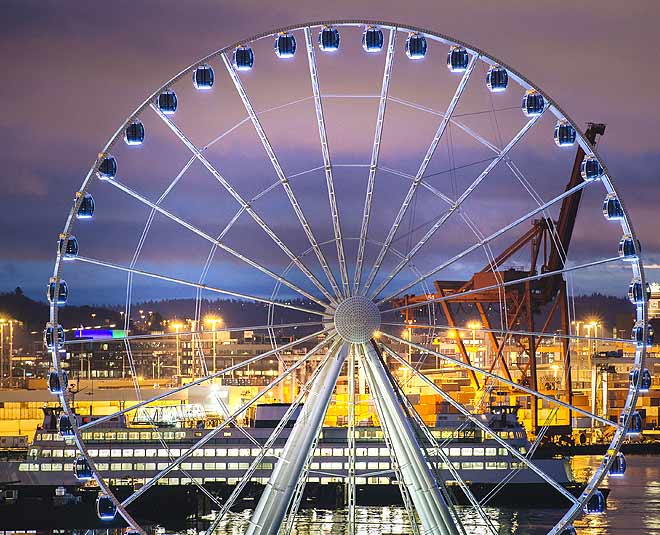 With a thriving food-and-drink scene, eclectic neighbourhoods and a stunning coastal setting, Seattle is a dynamic urban enclave nestled in the Pacific Northwest. The view is spectacular from the observation deck atop the world-famous Space Needle, a 185.5-meter-high legacy of the 1962 World’s Fair and symbol of the city. Locals and visitors alike flock to Pike Place Market on the waterfront, the oldest continuously operating farmer’s market in the U.S.

Paddle, boat, sail and fish on some of the most welcoming waters in the nation, or take a whale watching tour along the Pacific coastline. You’ll also find three national parks within a few hours’ drive of Seattle – North Cascades National Park, Olympic National Park; and the majesty of Mount Rainier National Park. You may hear Seattle locals say, 'The mountain is out', meaning the snow-capped, 4,392-meter Mount Rainier 161 kilometres to the south is visible. Find top attractions like Pike Place Market and the Seattle Art Museum in Downtown Seattle. Artsy offbeat Fremont features public murals and sculptures, topiaries trimmed to resemble dinosaurs and a troll under a bridge. Experience Seattle’s long and storied music history at the Museum of Pop Culture (MoPOP).

Portland is packed with so much character you’ll almost forget to explore its great outdoors. You’ll find a mindful community dedicated to keeping its city sustainable, innovative and accessible, with an enviable public transit system, tax-free shopping and enormous in-city parks offering dozens of cultural attractions. Portland gives us music, eccentric characters to watch and a craft brew scene like none other. Get acquainted with Portland’s culinary landscape with a visit to Saturday Market, held in Chinatown every weekend and featuring arts, crafts, food and a lot of street culture. Go on a brew tour of 89 breweries or its pubs.

Sprawling Washington Park, set right in the city, is a destination in its own right. You’ll find Hoyt Arboretum, a glorious, forested place full of flora from around the world; the International Rose Test Garden, the oldest one in the U.S.; and the Portland Japanese Garden, which includes five varieties of gardens. Portland’s arts and culture institutions are highly-regarded. Hear a performance at the Oregon Symphony or the Portland Opera. Watch dancers leap across the stage at Oregon Ballet Theatre.