The stunning Priyanka Chopra is known for her out of this world red carpet looks. Priyanka Chopra is known for her stunning red carpet appearences; from the avant garde Met Gala to the musical Billboards, Priyanka has stunned us with her memorable looks. We have made a list of her top 10 looks of when she slayed the red carpet with her beauty. Priyanka Chopra Jonas set the Internet on fire when she made and appearence in a Dolce and Gabbana couture gown for the 2021 Billboard Music Awards. 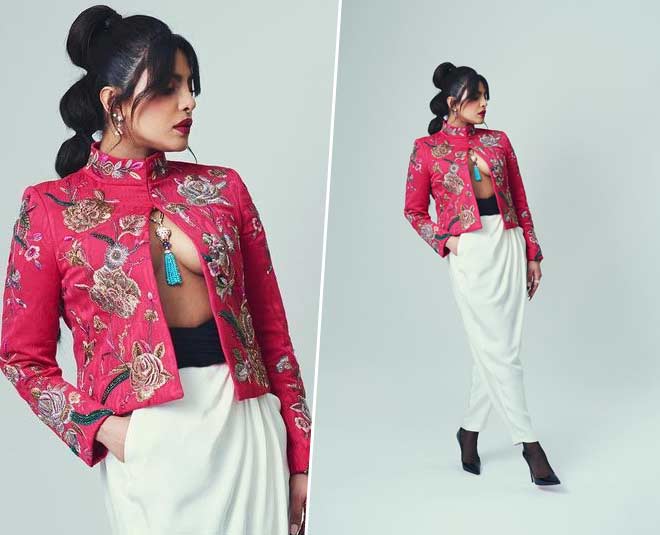 Priyanka Chopra for BAFTA 2021 was dressed in an embellished jacket with an open front which she paired with silky white trousers from the studios of Pertegaz and Christian Louboutin black pumps with jewellery by Bulgari. For the 2020 Grammy Awards Priyanka wore a Ralph and Russo couture gown which featured a plunging neckline that went up to her navel paired with her signature sleek hair, diamond jewellery and a bronze makeup look. Priyanka Chopra made her debut on the Oscar red carpet of the 88th Academy Awards wearing a stunning, sheer white embellished strapless gown by Zuhair Murad. Priyanka Chopra looked like a medieval deity at the 2018 Met Gala theme- Heavenly Bodies: Fashion and the Catholic Imagination. She looked stunning in her Ralph Lauren velvet dress paired with a medival headress. Priyanka Chopra Jonas looked stunning in her gorgeous red dress she at the Emmy 2019. She wore a beautiful red one-shoulder dress by Jason Wu which wooed everyone. 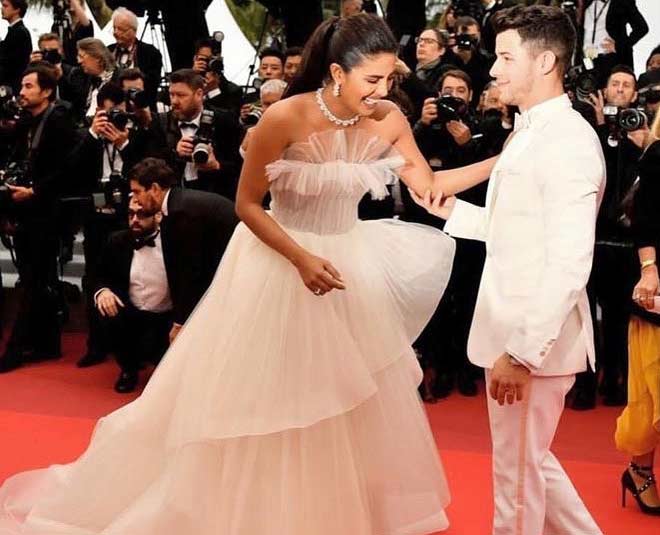 Priyanka Chopra made an appearence at the 2017 MET Gala in her Ralph Lauren look; the couture trench coat featured a 20 feet long train and it to every best-dressed list as well as Internet meme pages. 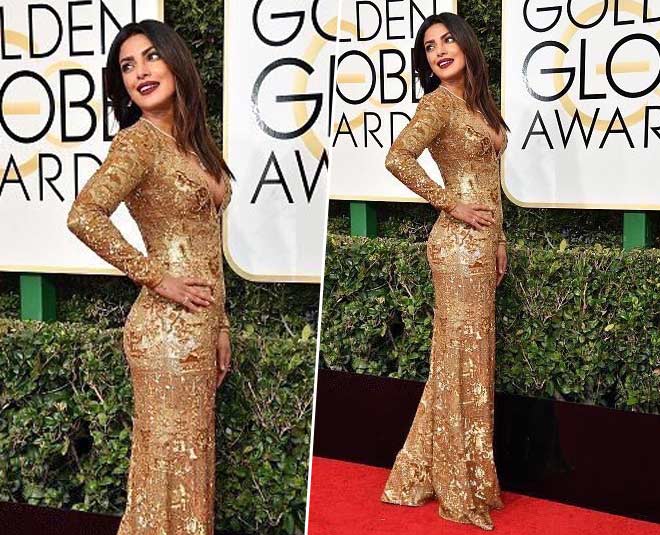 For the 2017 Golden Globe; Priyanka rocked a Ralph Lauren gown which she paired with wavy tresses, a bold lip and a statement diamond necklace