Met Gala 2021: Have A Look At All the Striking Appearances At The Red Carpet

The biggest fashion event saw some of the most stellar appearances at the red carpet this year. Have a look. 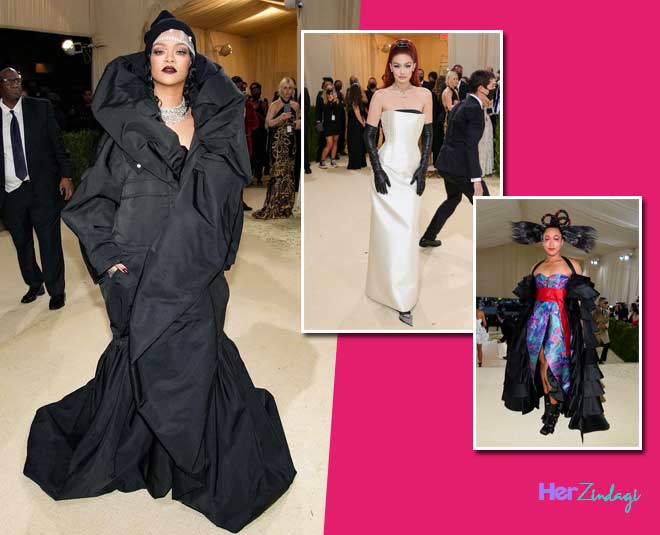 The Met Gala is back after a year off. Usually it is held in May but due to the pandemic, it was held right in the middle of September this year. The biggest fashion event saw some stellar looks at the red carpet this year. Have a look. 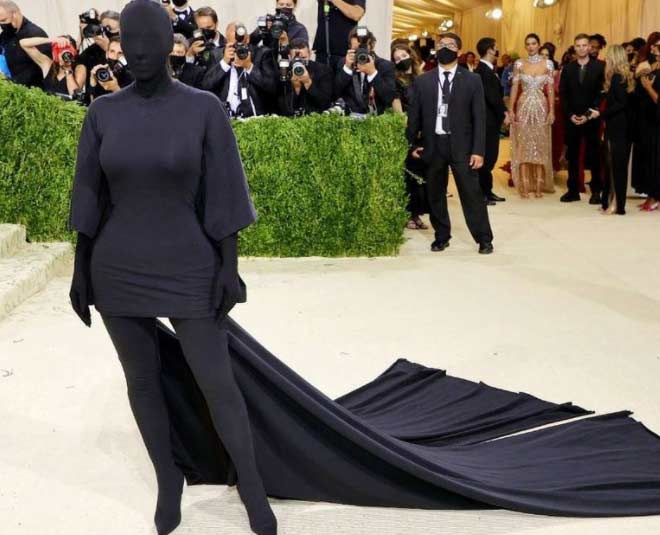 American socialite and reality TV personality stole the spotlight at the Met Gala 2021 red carpet. She made an appearance while covering her face in an all black head to toe Balenciaga ensemble teamed up with a ponytail and heels. 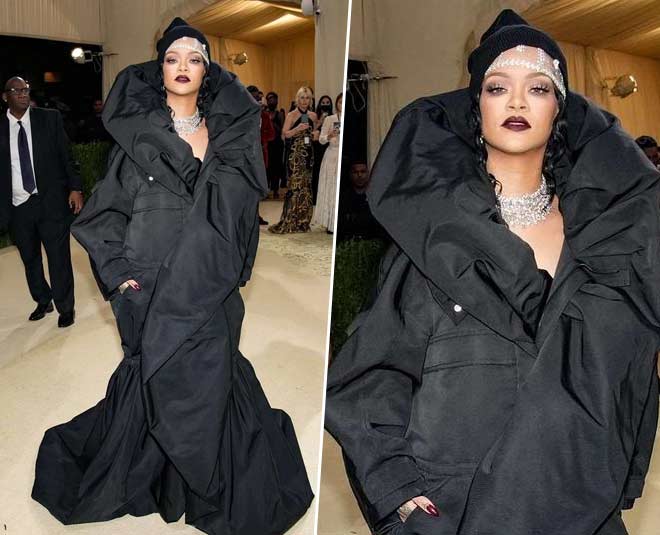 Rihanna made heads turn at the red carpet with her black overcoat with ruffles along with a hat and over 287 carats of Bulgari diamonds which included two choker necklaces. As always, she walked with swagger in her black Balenciaga look. 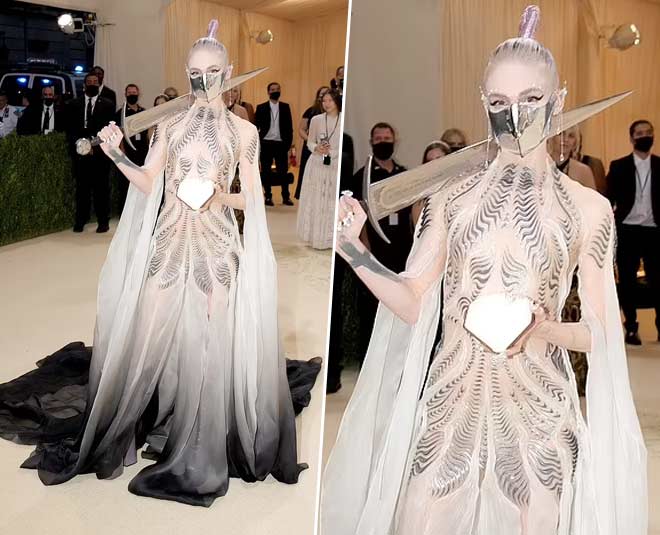 Grimes made an appearance at the 2021 Met Gala wearing a sheer gown with zigzag accents accentuated by a grey and black cape and train. To accessorise, she chose a silver face mask, drop earrings and a sword. Her otherworldly look was inspired by the movie Dune. Gigi Hadid made an appearance with her redhead beauty transformation. For her dress, she chose a strapless, high slit Prada gown and leather arm gloves. However, the talk of the town was still her crimson waves. The American supermodel made a stunning appearance at the Met Gala 2021 in her sheer nude gown by Givenchy. The ensemble was embellished all over with sparkling jewels and beads making it perfect for the Gala theme. 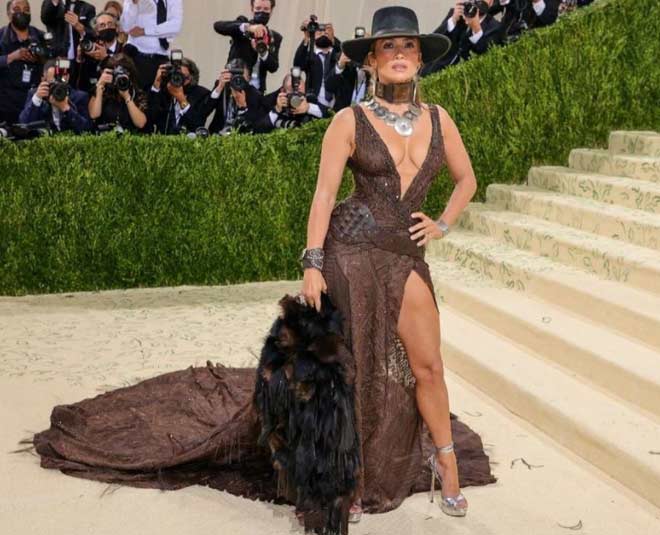 JLo arrived at the Met Gala wearing a Ralph Lauren plunge neckline dress with a thigh-high slit and faux fur wrap. To accessorise, she chose a cowgirl hat and a giant statement necklace. Serena Williams walked the Met Gala 2021 red carpet donning an embroidered silver-coloured bodysuit by Gucci which features floral motifs in the front. She layered the bodysuit with a huge feathered ombre cape which had a flow of pink shade going downwards. 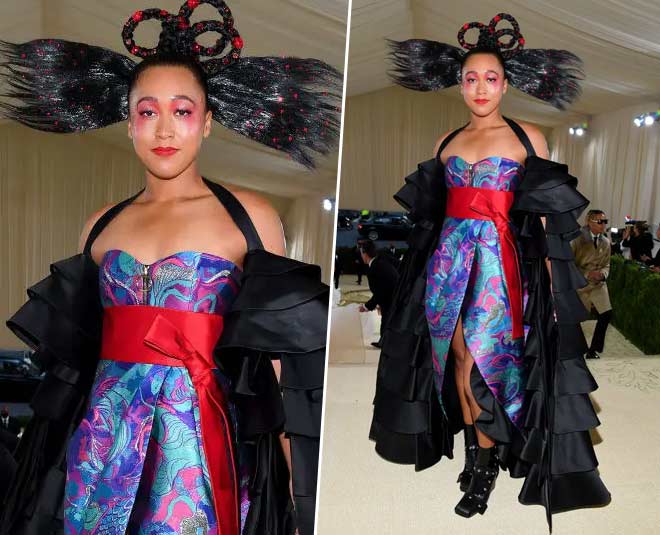 Naomi Osaka made a thrilling style statement at the red carpet in her Louis Vuitton outfit. This was a custom corseted dress topped with a silk-mixed cape featuring 22 ruffles, 18 meters of leather satin and 50-meter silk hem. Megan Fox showed up at the Met Gala 2021 red carpet in a shimmering red lace-up number by Peter Dundas. She turned heads in her plunging gown which was covered in sequins and had cut-outs  all over. She surely looked thrilling. 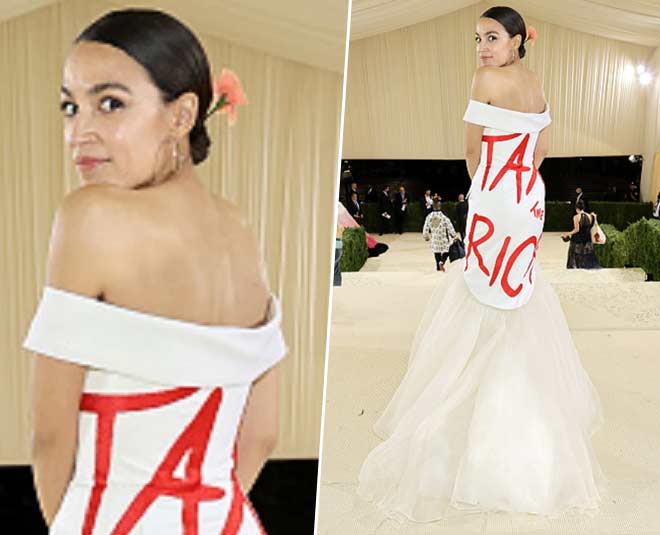 The 31-year-old congresswoman made her debut at the Met Gala this year and she managed to get all the attention in her first appearance itself with her “tax the rich” outfit. She wore a white strapless gown by Brother Vellies which featured the slogan at the back in red.