Woman Wearing A Saree Refused Entry Into A Restaurant In Delhi, All You Need To Know

Netizens agitated after seeing the viral video of a woman being denied entry to a fancy restaurant in New Delhi. 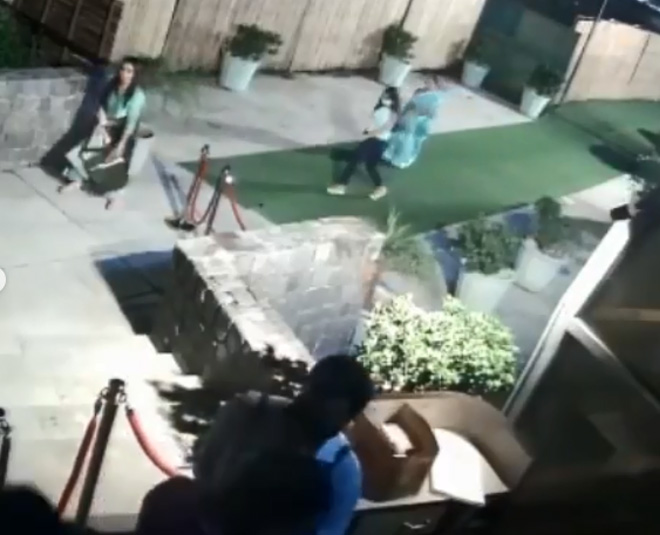 A video of a woman being denied entry to a fancy restaurant in Delhi is going viral on the internet. The video is doing rounds over all the social media platforms and many netizens have been calling out the restaurant.

What exactly happened and what has left everyone so agitated? Read on to know full story.

In the video that is going viral on the net, a woman can be seen asking an employee working at the restaurant whether wearing saree is allowed or not. The emmployee can be seen replying that saree doesnt count as smart casuals which is the dress code of the restaurant.

A Twitter user named Anita Choudhary has shared the video on her Twitter handle with the caption, "Saree is not allowed in Aquila restaurant as Indian Saree is now not an smart outfit.What is the concrete definition of Smart outfit plz tell me @AmitShah @HardeepSPuri @CPDelhi @NCWIndia Please define smart outfit so I will stop wearing saree @PMishra_Journo #lovesaree."

Netizens Call Out The Restaurant

As soon as the video went up on social media, it went viral and netizens flooded it with comments shaming the restaurant.

A user wrote, "seriously. Such eating places have no right to even exist in Independent India. I am sure the license needs to be cancelled for such Restaurants/clubs who are against ethnic wear.."

Who decides sari is not ‘smart wear’? I have worn sarees at the best restaurants in the US, UAE as well in UK. No one stopped me. And some Aquila Restaurant dictates a dress code in India and decides saree is not ‘smart enough’? Bizarre. pic.twitter.com/8c6Sj1RNha

"Denying entry bcos the patron is dressed in torn,shredded jeans or is wearing inappropriate footwear is perfectly understandable, but refusing entry for being draped in a saree is absolute stupidity. The management of d restaurant-bar should be strictly penalised for this action," wrote another one.

They are saying the dress code is smart casual. Saree is considered formal wear. Hence not allowed. It's a strange rule. They may have to allow the latest saree drape fashions though. pic.twitter.com/O85hNl52Ba

Ever since the viral video first went up on the internet, the restaurant is being slammed by netizens. Now the Asian restaurant, Aquila has issued an official statement sharing their side of the story.

In their statement, the restaurant clarified, "A guest visited the restaurant and was politely requested to wait at the gate as there was no reservation under her name. However, while we discussed internally as to where we could seat them, the guest entered the restaurant and began to fight and abuse our staff. What unfolded after was beyond our imagination, with the guest slapping our manager as you can see in the CCTV video footage attached in our post above."

Further in the statetment, the restaurant said that to tackle the situation and request the guest to leave, one of the gate managers made a statement on sarees and said it wasn't a part of the smart casual dress code.

Don't Miss: Indore Based Instagrammer Booked For Dancing At Traffic Signal, All You Need To Know

Well, let us tell you that this is not the first time an incident like this happened. Earlier this year, a woman was denied entry to a bar in Delhi's Vasant Kunj because she was wearing an ethnic dress.

Sangeeta K Nag posted a video of the incident on her Twitter handle and captioned it, "My shocking experience with discrimination at Kylin and Ivy, Ambience Vasant Kunj this evening. Denied entry as ethnic wear is not allowed! A restaurant in India allows ‘smart casuals’ but not Indian wear! Whatever happened to pride in being Indian? Take a stand!."

@bishnoikuldeep My shocking experience with discrimination at Kylin and Ivy, Ambience Vasant Kunj this evening. Denied entry as ethnic wear is not allowed! A restaurant in India allows ‘smart casuals’ but not Indian wear! Whatever happened to pride in being Indian? Take a stand! pic.twitter.com/ZtJJ1Lfq38

After receiving a lot of backlash, the restaurant issued a statement on Facebook. The statement read,  “The gentleman in the video is a new team member and his opinion is his alone and in no way a representation of my or the teams’ view on the dress code restrictions. Nowhere in our company policy does it say that we will refuse ethnic wear.”

The statement however, was later taken down.

Many incidents in the past like this one have took place across the country where patrons have been denied entry to fancy restaurants and malls. Share your thoughts on Indian citizens being denied entry to restaurants in ethnic wear on our Facebook page. For more such stories, stay tuned!