Check Out These Unconventional Bridal Entries Are Going Viral

Recently, a video went viral on the internet where the bride is entering on a scooter.

A wedding is one of the most important days in a girl's life and she wants everything to be perfect on this day including her grand entry. Brides plan their entry well in advance and practice it. Some make a simple entry with their family on a typical song while others dance while entering the venue.

Brides come up with different and unique ideas to make their entries special. A video of one such bride is going viral on the Internet. 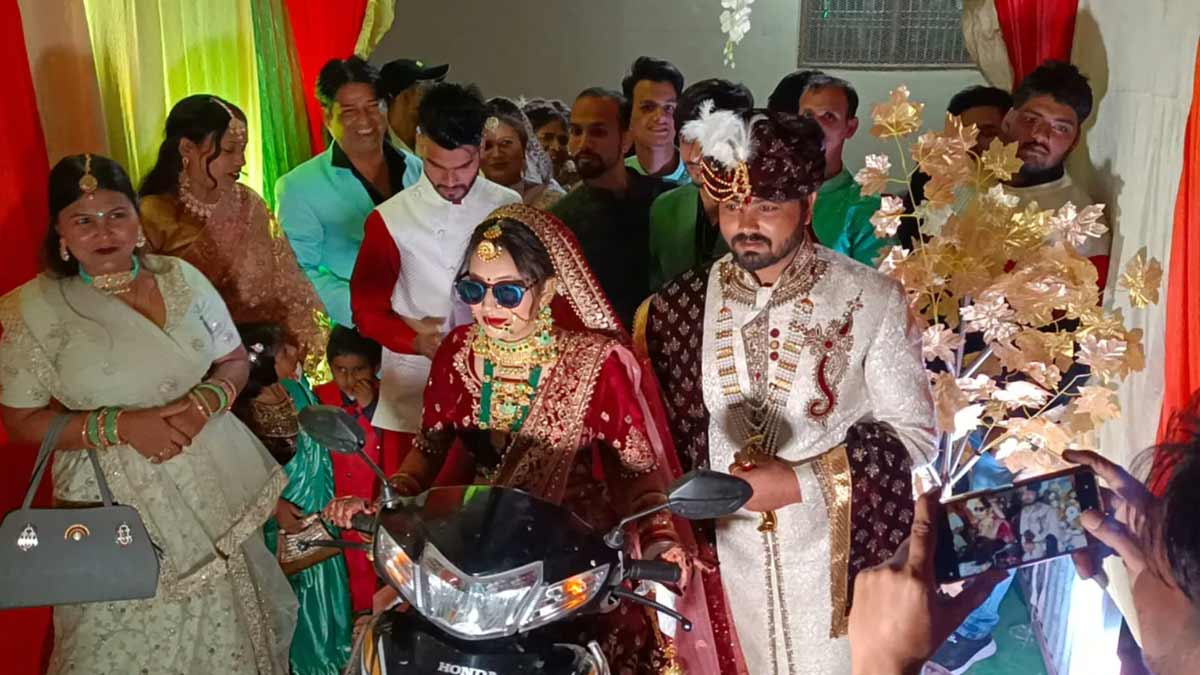 In a village in Firozabad, Uttar Pradesh, the bride named Kajal from Delhi stunned everyone as she entered the venue on a scooter with her baraat.

The bride entered with the groom, Rahul sitting at the back of the scooter and as soon as they entered, all the guests started cheering and applauding the couple.

According to DNA, Kajal stated that girls are just as important as guys. Kajal believes that girls are no less than guys and she did this to make her wedding unique. 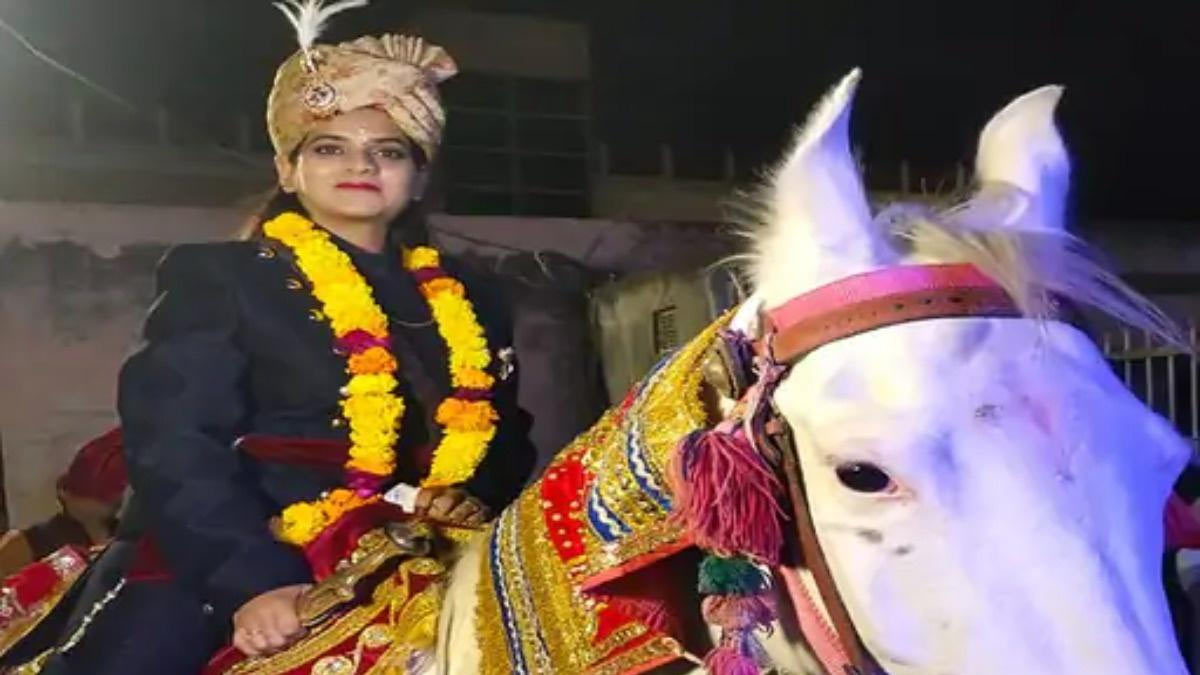 According to Hindu traditions, the groom reached the bride’s house on a horse in a nice sherwani but Kritika from Ranoli village of Rajasthan’s Sikar district challenged the norms as she brought her baraat while sitting on a horse and wearing a sherwani as well as a turban.

In order to convey the message of equality, she performed all the rituals that are usually performed by the groom. Her family wanted to spread a message in society that one shouldn’t differentiate between sons and daughters and should provide them with equal opportunities.

Let us also tell you that the bride made the sherwani with her own hands. The bride’s father said that he has raised his daughters like a son and always wanted to dance in his daughter's baraat. 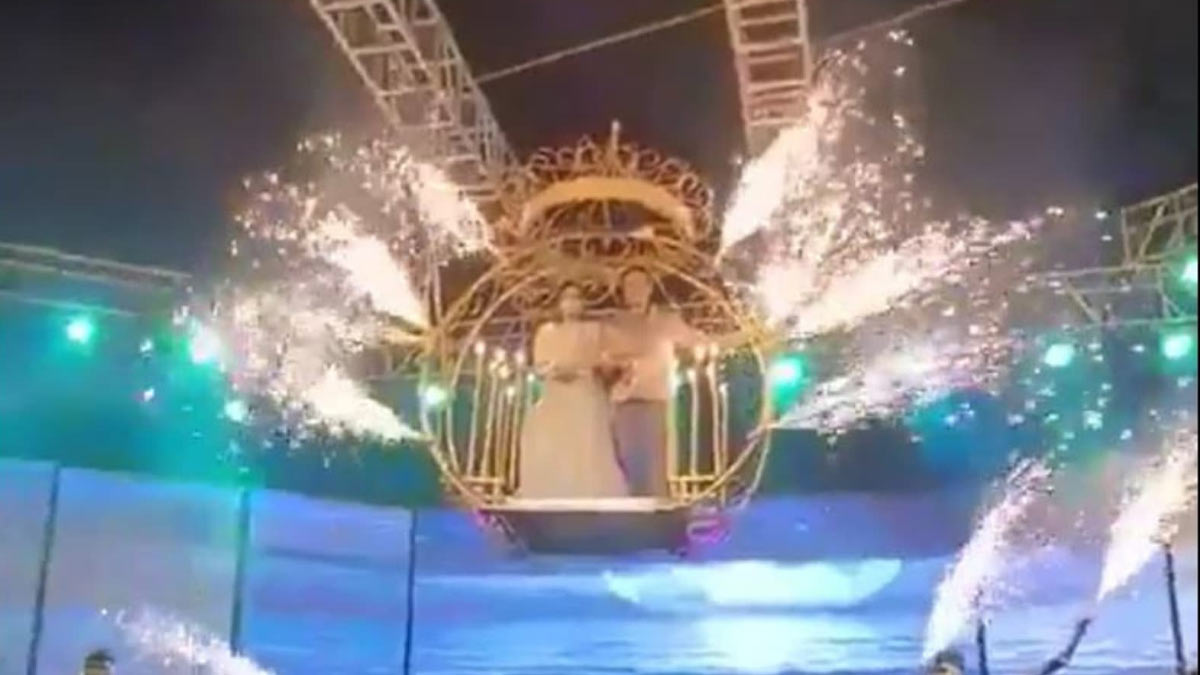 What is a wedding without dramatic and larger than life bridal entry? In order to make a memorable entry, a bride and a groom entered in a beautiful cage-like structured box which was hooked by a crane. With the help of the crane, they were lifted a few feet above the ground.

However, this idea of super dramatic entry backfired as they fell. When the crane lowered to reach the stage, then the cage broke off from the hook and fell down to the ground.

Their video was captured and went viral on the internet. 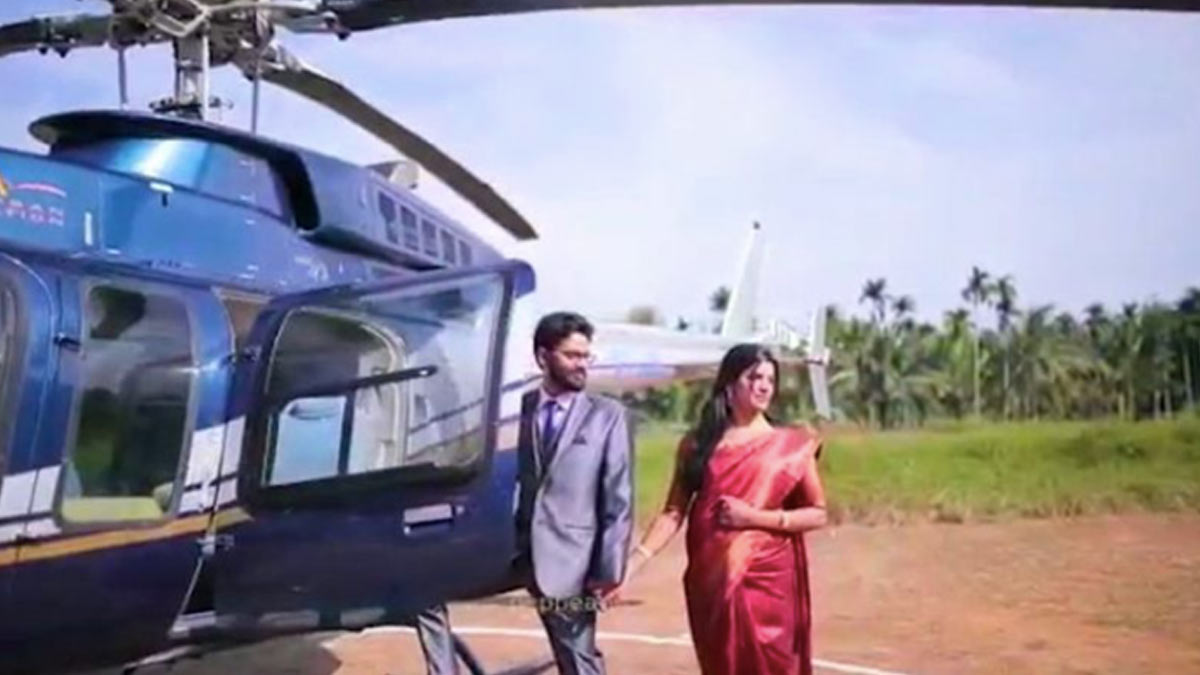 In Pulpally town of Kerala’s Wayanad district, a landed on Pazhaasi Raja College ground. People around the ground thought that local MP Rahul Gandhi has landed but soon, they realised that VVIP was not the local MP. In fact, it was a couple making their grand entry for their wedding.

The bride, Mariya Luke and the groom, Vaisakh travelled via the bride’s family helicopter as they thought that travelling by bus is not safe during Covid times.

Also, it would have taken them 14 hours to reach their destination by road, therefore they decided to take the air route.