Bengali actress turned MP Nusrat Jahan has been admitted to a private hospital in the city due to respiratory problems. Read on to know more about it. 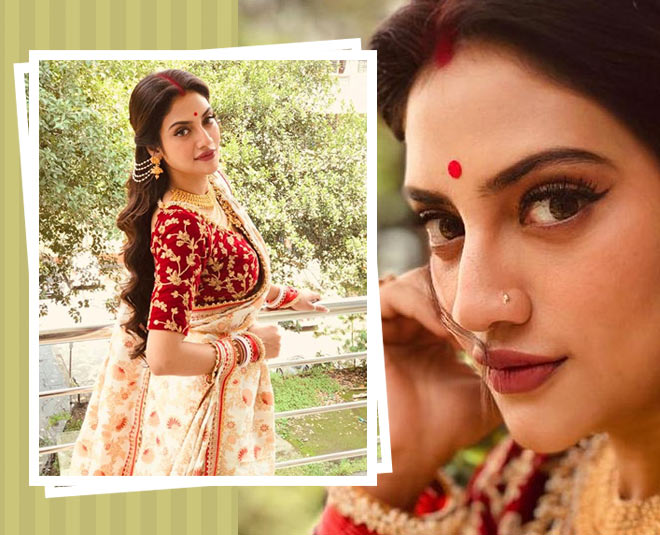 Bengali actress and newly-elected MP from Basirhat, Nusrat Jahan is hospitalised after she complained of breathing problems on Sunday. The actress-turned-politician has been undergoing treatment at Apollo Gleneagles and will be discharged from the hospital later today, her spokesperson Abhishek Majumdar reportedly said.

“Dear friends, Nusrat has been admitted in Hospital due to a respiratory issue. She has a record of Asthma in the past as well. We wish her a speedy recovery & request kind co-operation of the Media”, a statement issued by her team read.

According to reports, Nusrat has been taken to the hospital for medicine overdose. However, her family members and the team have strongly rejected the reports, saying that the actress has a record of Asthma in the past as well. Her family said in a statement "Nusrat has been admitted in hospital due to a respiratory issue. She has a history of Asthma ... "

Nusrat Jahan took the political plunge this year and won with a huge margin of 350,000 votes from Basirhat parliamentary constituency. Soon after winning the election, Nusrat tied the knot with her businessman boyfriend Nikhil Jain in an intimate ceremony at Six Senses Kaplankaya, an upscale resort in Turkey.

Towards a happily ever after with Nikhil Jain ❤️ pic.twitter.com/yqo8xHqohj

Earlier this year, the TMC MP had hit the headlines for celebrating Hindu festivals Karwa Chauth and Diwali. For the festival, she dolled up as an Indian bride and wore red-gold saree.

We hope Nusrat gets well soon!