Look at the uncanny resemblance of Taimur Ali Khan and his look alike Zaryan Khan which will leave you mesmerized. 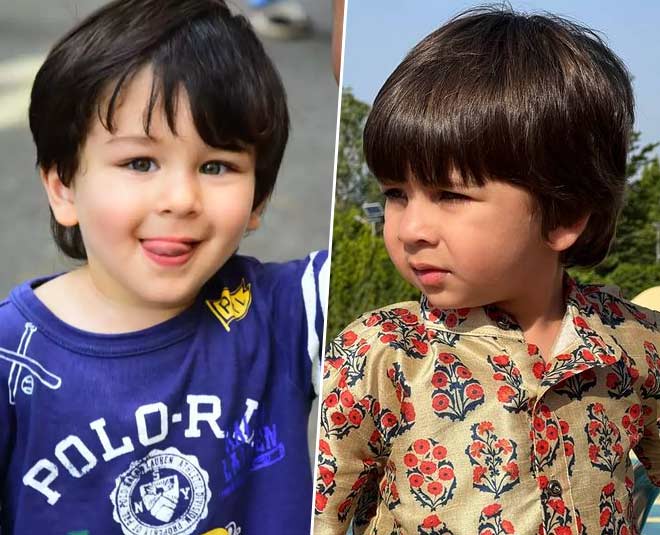 Taimur Ali Khan, the son of Bollywood actors Saif Ali Khan and Kareena Kapoor, is an adorable celebrity child who has captivated the public's attention since his birth. This favourite celebrity kid's look alike was recently spotted on the internet, which startled and mesmerised many, which ensured the kid is going viral.

On wednesday, a Mumbai-based celebrity photographer Viral Bhayani account shared a photograph on his Instagram account wherein a collage of Taimur Ali Khan and another little kid named Zaryan Thapar showed the uncanny resemblance between them. This left the viewers shocked, mesmerized and gushing.

The picture collage was shared along with a caption, "There is little Zaryan Thapar who is #taimuralikhan doppelganger."

Zaryan Thapar looks lovely in a floral-printed short kurta, while Taimur is dressed in a navy-blue t-shirt and looks adorable as always.

Zaryan Thapar's whole appeal is strikingly similar to Taimur's, with the hair and eye resembling Taimur's.

The photo quickly went viral just after it was uploaded, garnering over 21,000 likes in less than an hour. People left hearts in the comments section and gushed over how adorable and similar they looked.

Bollywood celebrities Kareena Kapoor and Saif Ali Khan got married in Mumbai on October 16, 2012. They have two kids together, Taimur and Jehangir. The couple welcomed their second son earlier this year in February. Taimur was born on December 20, 2016 and Jehangir was born onFebruary 21, 2021.

Don't miss- Inside Kareena Kapoor Khan's New Home, All You Need To Know About The Interiors

Kareena Kapoor And The Kids 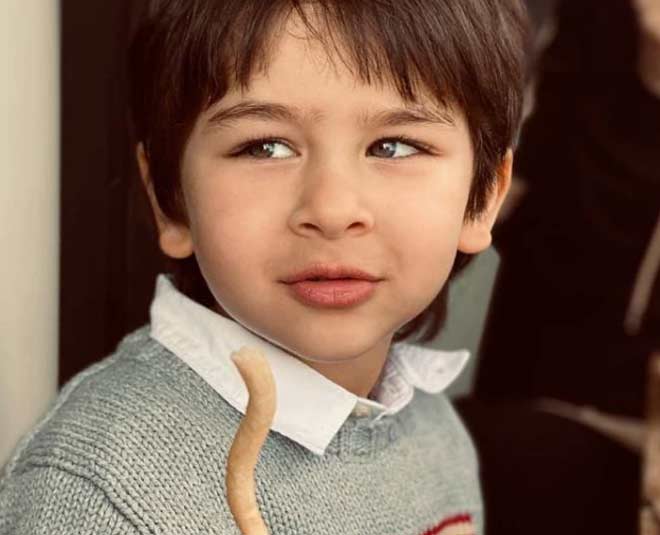 Mother Kareena Kapoor during an episode of Raising Parents with Mansi Zaveri said that, "The only thing that I think I am very finicky about is bedtime. I think that is something I'm not ready to push as much. I get annoyed because Saif sometimes, with the lockdown, he's like 'No, no, let him stay up, let's watch a movie. Let's watch Avengers, now they're going through that phase or let's watch an action film, and I'm like, 'No, no, no, he has school tomorrow and it's online'. So that is something Saif is lenient (with), he's like, 'Nahi, nahi, nahi, I haven't seen him, let him stay up half an hour more.' I'm like, 'No, he has to go to bed' because obviously, timings are haywire. And I hope, now with Jeh, I'm going to try and control that. I want the kids to get like 12 hours of sleep."

The little kid, Taimur Ali Khan is currently on a vacation with family and we can't wait to see their pictures from their latest trip.

What do you think about Taimur Ali Khan's resemblance with Zaryan Thapar? Can you call this kid Taimur Ali Khan's doppelganger? Let us know on our Facebook page. For more such stories, stay tuned to HerZindagi!