Oscars 2022: Will Smith Hits Chris Rock In The Face; A Look At Our Desi Celebs Who Got Embroiled In Slap Controversies

In the past, many celebrities have made headlines for their slap stories.

The 94th Academy Award was a Will Smith show all the way. One of the biggest highlights of Oscars 2022 was not from the red carpet but the stage where an unscripted moment took place and went viral in microseconds. If you are wondering why Will Smith and Chris Rock are trending on social media, read all the deets here.

Will Smith stormed the Oscars stage and hit comedian Chris Rock after he joked about his wife Jada Pinkett Smith, leaving everyone stunned.

Chris Rock made a joke about Will Smith's wife, Jada Pinkett Smith for being the apt choice for G.I Jane because of her shaved head. For those who don't know, Jada Pinkett Smith had publically announced her alopecia diagnosis a year back. Both Will Smith and Jada Smith didn't find the joke funny and the former went on to the stage and gave the presenter a punch in his face. He continued to abuse Chris Rock after returning to his seat.

UNCENSORED WILL SMITH FOOTAGE AS SHOWN ON AUSTRALIAN TV pic.twitter.com/NcRfdjWxqe

Will Smith, who won the Best Actor award for King Richard apologised to the audience for his behaviour. Twitteratis were quick to judge Will Smith's action at the Oscars. While some called his reaction justified, others said it was totally uncalled. What's your take?

Well, this is not the first time we have seen a celebrity getting embroiled in a slap controversy. Especially us Indians are quite used to such controversies which have took place time and again. Let's quickly take you through some of the most talked-about slap controversies.

When A Stranger Slapped Gauahar Khan 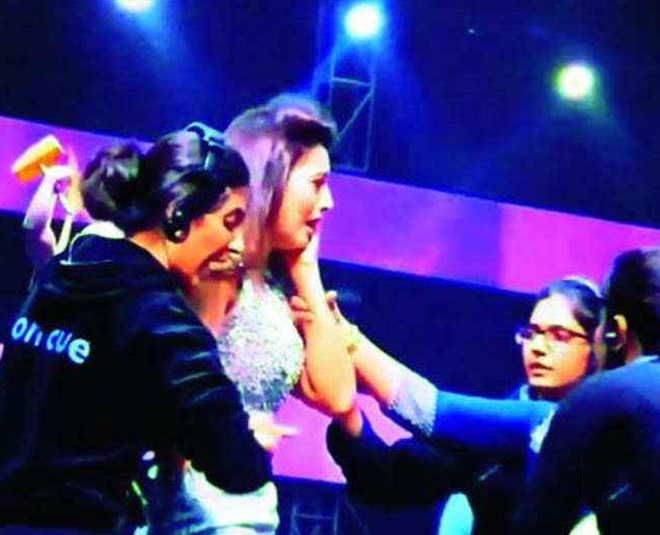 Bigg Boss 7 winner, Gauahar Khan was slapped at India's Raw Star finale by a member of the audience. The accused, Akil Malik initially said he did it because Gauahar Khan wore short clothes despite being a Muslim. He made ugly comments on her clothing and even physically assaulted her. However, later, he claimed that he did it because he was paid for it. 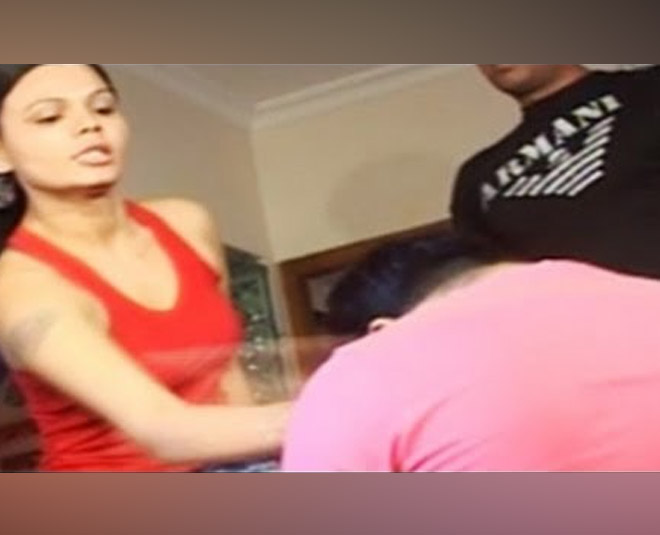 Rakhi Sawant has always been in news for the wrong reasons. No wonder why she is called the most controversial actress of Bollywood. In the past, Rakhi Sawant was in a relationship with Abhishek Awasthi. However, in the year 2011, the two parted ways. Rakhi Sawant ended the relationship on an ugly note on the occasion of Valentine's Day. Abhishek Awasthi wished to sort everything out with Rakhi and went to her residence on Valentine's day with flowers and a teddy bear. To make it public, he also took media with him. However, Rakhi Sawant was quite angry at him already and hit him on his face. He threw Abhishek Awasthi out of her residence. The video clips soon went viral.

Don't Miss: Rakhi Sawant Lock Horns With Kangana, Look At Her Most Hilarious Comebacks That Gave Us ROFL Moments

Don't Miss: Shilpa Shetty Roasts Kapil Sharma Over His Tweets, Times The Comedian Was In News For Wrong Reasons

When Govinda Slapped A Man On His Movie Set

While Govinda was shooting his movie Money Hai Toh Honey Hai, he spotted a man who was misbehaving. The event took place at the Filmistan Studio. Later, Govinda apologised for his behaviour and shared that he couldn't control himself from doing so.

Tell us what are your thoughts on these ugly slap controversies on our Facebook page. For more such trending stories, stay tuned!