See pics: These Celeb Dads With Their Infants Are Super-'Awwdorable'!

Checkout these pictures of adorable celeb dads and their newborns and infants which will melt your heart in seconds. 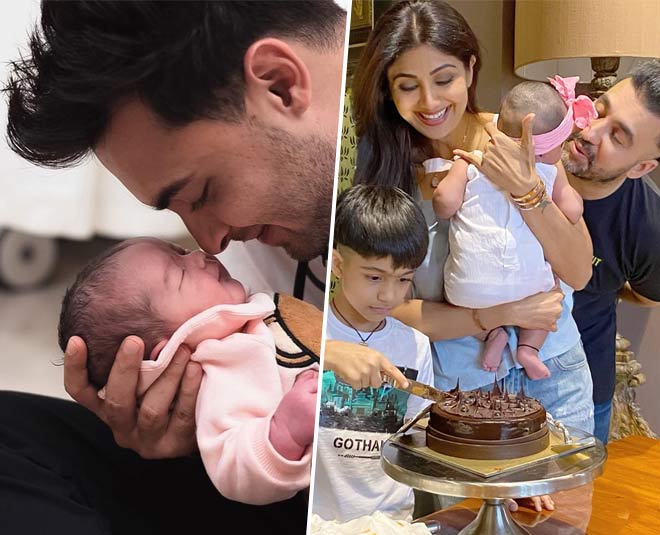 We often admire the pictures of newborns and their moms but when the dads express their love, it is unmissable! These pictures of celeb fathers whose lives turned 360 degrees when they held their young ones in their arms, will melt your heart. From making fun videos to wearing matching clothes, here are some pictures of all those celeb dads with their infants. 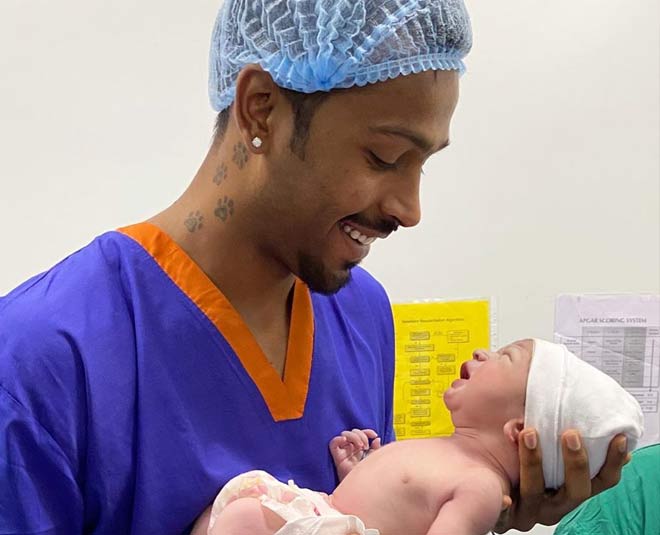 After a distasteful controversy, when cricketer Hardik Pandya found love in Natasa Stankovic, there was no turning back. The couple got engaged and had a baby within a span of months and the happiness on Hardik's face shows how much he loves his son Agastya. Born on July 30 amid COVID 19, the couple had been posting a number of pre-delivery pictures on their respective Instagram accounts. 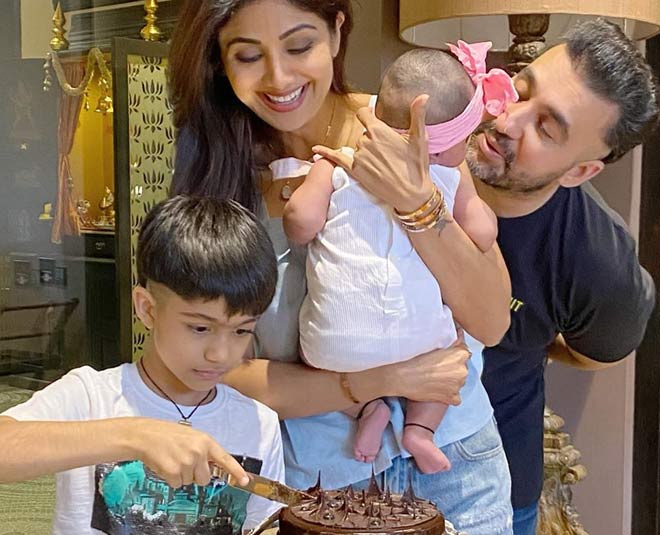 Actress Shilpa Shetty & Businessman Raj Kundra, who were already parents to son Viaan Raj, welcomed their daughter Samisha Shetty Kundra in May this year. Born via surrogacy, Samisha came into the family of three's life after a few attempts. Raj definitely is a doting father and the picture is proof. A father to a four-year-old son, Aayush Sharma & Arpita Khan welcomed their daughter, Ayat, in December 2019. Aayush is for sure a loving dad and his many pictures with both his kids say it all. Just three days after her birth, Aayush had shared the first photos of his little baby. He had captioned the pictures: "Welcome to this beautiful world Ayat. You’ve brought a lot of happiness into our lives. May you touch everyone’s life with a lot of love and joy." 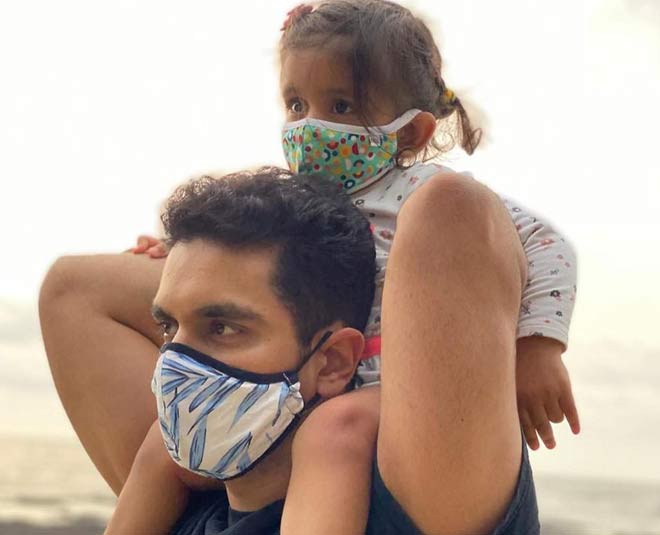 Mehr Dhupia Bedi entered the lives of Neha Dhupia & Angad Bedi in November 2018. The duo is often seen in adorable pictures, and the love is quite evident. 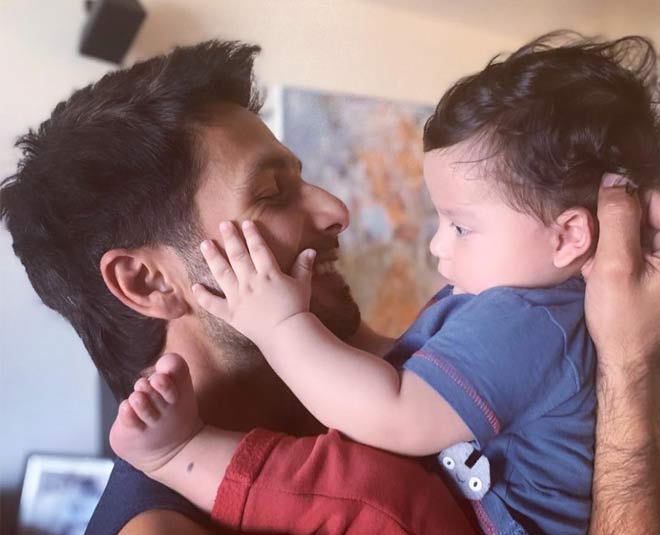 When he got married to Mira Kapoor, the world could see that he was love-struck and head over heels in love with his wife. Soon they had their first child Misha Kapoor and in September 2018, the couple had a son Zain. Often seen playing with his kids and making fun videos with them, Shahid is definitely a doting husband as well as a loving father.

Don't Miss: Get Rid Of Your Double Chin With These Yoga Asanas 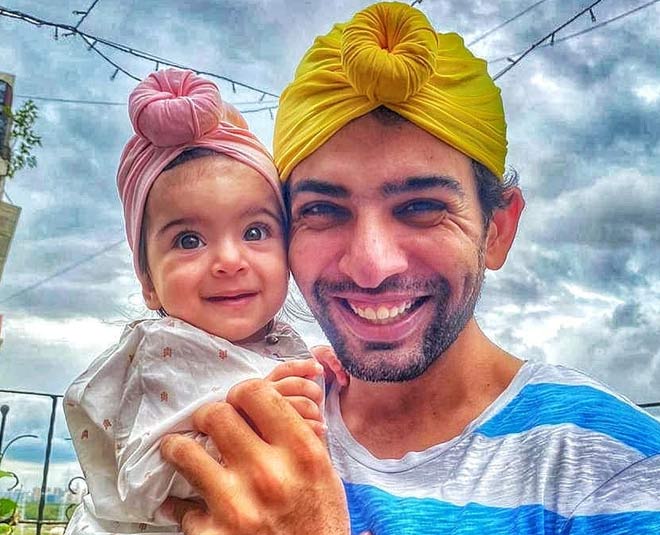 TV actor Jay Bhanushali welcomed his daughter Tara Jay Bhanushali in August last year and he has never stopped gushing over her since then. He makes fun videos with her and his wife and actress Mahi Vij and sometimes even tries to wear matching clothes. This time he wore a matching headband as Tara and they look oh so cute! When Jay posted this pic on his Instagram, he captioned it saying: "I will wear your hairband today, tomorrow and forever but I am still 10% of your cuteness love u". If that is not adorable, then what is? 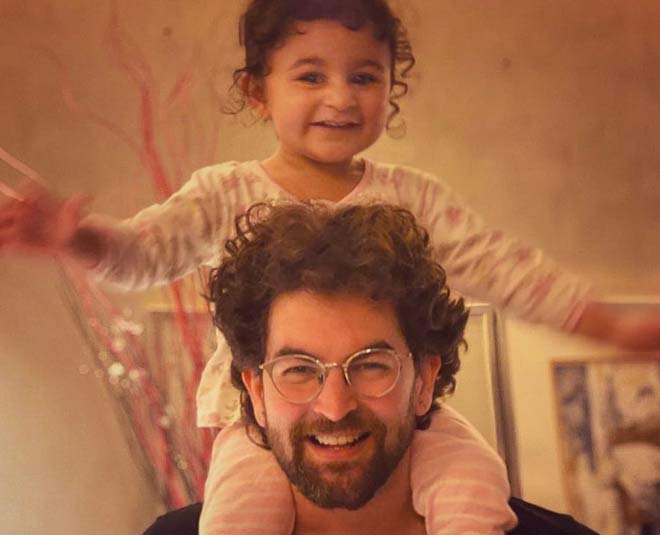 This duo of father and daughter is the most fun one! During the lockdown, Niel shared so many cute videos and pics of his baby dancing to different songs and her moves are on the beat! He claps with her, poses with her when she wears her first saree for an occasion.

There will be many more adorable pictures flooding the internet when Virat Kohli & Anushka welcome their firstborn in January and Kareena Kapoor Khan & Saif welcome their second, soon next year. We are super excited to see their babies!

Stay tuned to HerZindagi to see the latest pictures of celeb kids and more.