Sara Ali Khan Asks Paps If They Are Safe, Wins Hearts With Her Simplicity Once Again 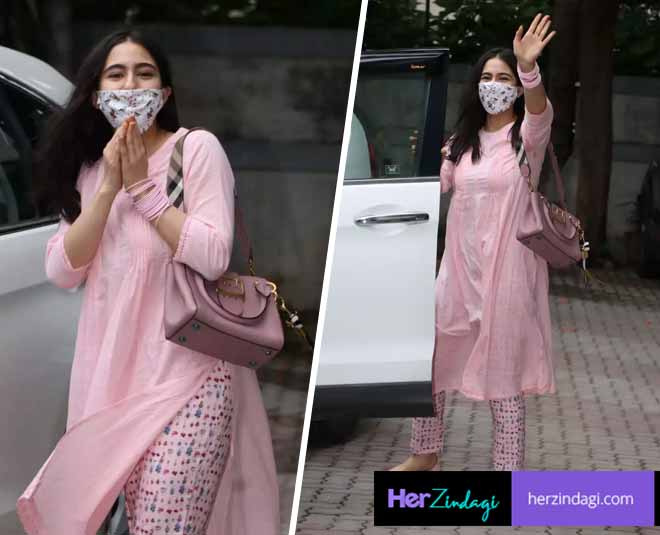 The paparazzi keep snapping our favourite Bollywood celebrities around the city. However, due to the COVID-19 pandemic, not many of them stepped out of their houses and feels like it has been forever. Recently, Sara Ali Khan was spotted outside director Anand L Rai's office. This was the first time she was snapped amid the nationwide lockdown. 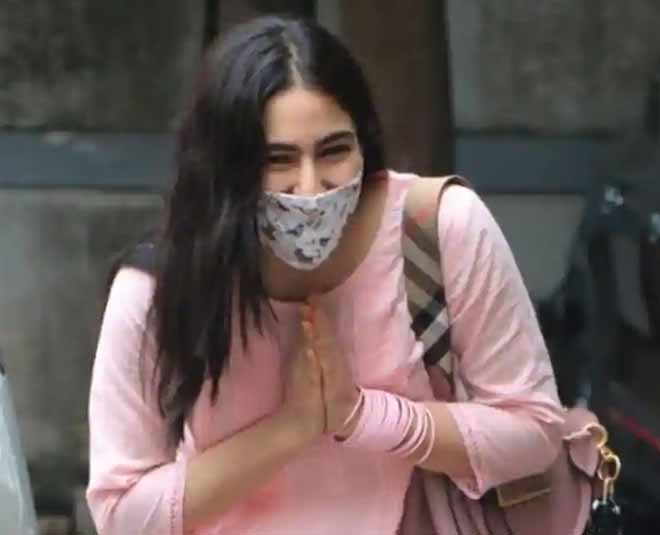 All those who follow Sara Ali Khan regularly know that she is really polite and humble. Even before she made it to Bollywood, everyone talked about her simplicity. Today, Sara is a star but she hasn't changed at all. After meeting the director, when Sara Ali Khan was heading back home, she was papped and what she did next is winning hearts! She greeted paparazzi with a namaste and also inquired them if they are safe. Have a look at the video here:

How cutely she askin "Ap log kaise ho.Sab safe ho na?"
She's polite,humble,respects everyone,accepts her privileges & the way she talks even to the paps,her simplicity make her diff from many others in Bollywood.
Missed this cutie & her namastes😍#SaraAliKhan pic.twitter.com/eBu3apfDEj

Netizens are lauding Sara Ali Khan for her humble and caring gesture. One user on Twitter wrote, "the only nepo kid that I respect..I have heard and seen her behaviour and she is also well-spoken always very polite..goes to show her mother raised her good."

Another one wrote, "One of the only products of nepotism that I accept. She's humble and kind."

Don't Miss: Get Sara Ali Khan's Most Comfortable, Stylish Looks In A Budget, Less Than INR 3000 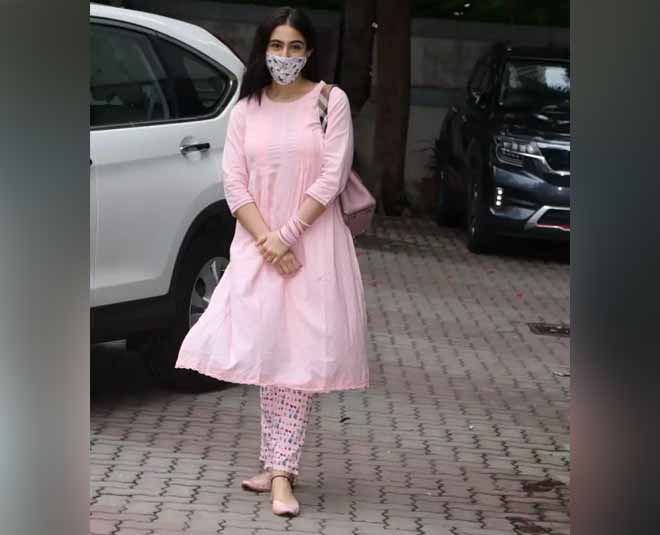 Let's also talk about her outfit. Like always, Sara picked a simple ethnic outfit from her closet for this meeting. A plain pink kurta with printed pants and matching juttis. She is one Bollywood actor who always likes to take the simple route when off-duty. Do you like her look?

Don't Miss: WATCH: Sara Ali Khan Looks Unrecognisable In This Fun, Old Video She Made On A Flight

Sara Ali Khan's Next, Atrangi Re

For those who don't know, Sara Ali Khan's next, Atrangi Re is an Anand L Rai directorial. It is an A.R Rahman musical drama where Sara will be seen sharing the screen with Akshay Kumar and Dhanush. The cast announced their upcoming film earlier in the month of January. Mumbai Mirror quoted a source close to the movie as saying, “While ‘Atrangi Re’ is primarily a love story set in the heartland, laced with humour, the storytelling is in a zone the filmmaker has not attempted before. The screenplay follows a non-linear narrative of two romances from different timelines running in the parallel. It’s a double role of sorts for Sara. The idea is to showcase the diverse sides of the actress. Akshay and Dhanush’s characters too have a special trait that separates them from the rest of the cast. Their appearances will be in sync with the way they act and react while a special look is being designed for Akshay.”

Daughter of Saif Ali Khan and Amrita Singh, Sara Ali Khan made her Bollywood debut with the movie Kedarnath opposite late Sushant Singh Rajput. She was next seen in movies like Simmba and Love Aaj Kal. In a short span, Sara Ali Khan has managed to make a mark in Bollywood. Agree? What do you like the most about Sara Ali Khan? Share with us!

For more stories around Bollywood, stay tuned to HerZindagi.