Sameera Reddy, who is expecting her second baby, looked beautiful dressed in ethnic wear that she paired with a choker, danglers and gajra. 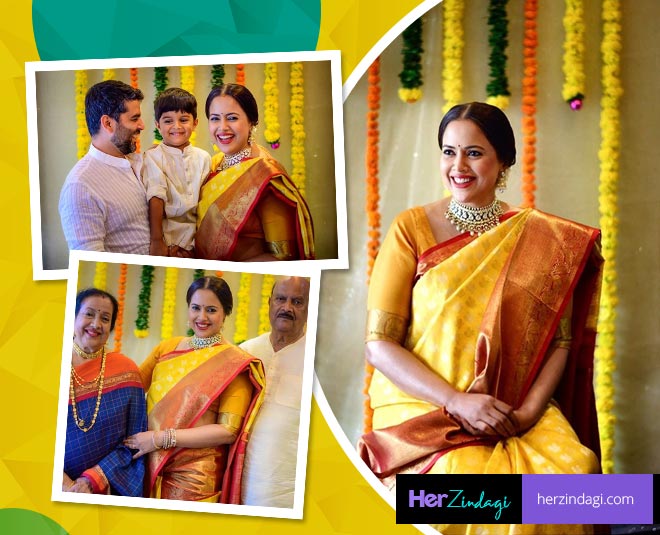 Sameera Reddy, who has a son Hans Varde with her husband Akshai, is all ready to embrace motherhood once again and recently shared photographs with her husband, son and other family members from her baby shower. The soon-to-be-mum, Sameera, look radiant in a yellow and red traditional Kanjeevaram saree along with beautiful choker, danglers and the quintessential Indian gajara on her hair. We just could not get enough of her pregnancy glow.

While the pictures from her baby shower or godh bharai have gone viral, this is not the first time that images of the actress took social media by storm. Furthermore, Sameera was also in the news recently for speaking out against people who had trolled and body shamed her during her pregnancy.

The actress took to Instagram to post an image of her dressed in ethnic attire, posing with her husband and son. She captioned the photo, “Hearty laughter and inner smiles is enough to keep me happy for a lifetime! My Godh Bharai Bliss.”

Sameera’s baby shower was a private affair with those close to the couple being in attendance. Here are a few moments from Sameera Reddy’s baby shower. 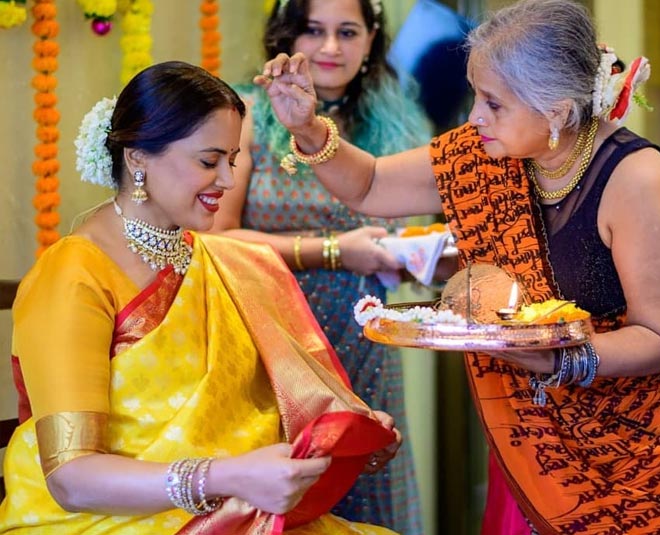 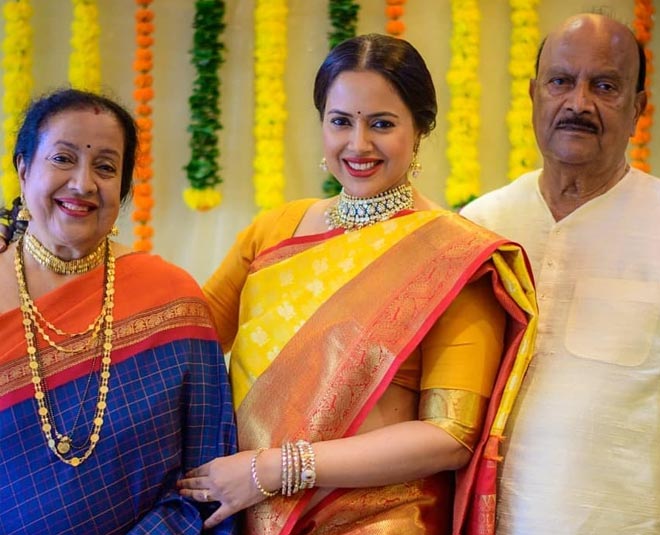 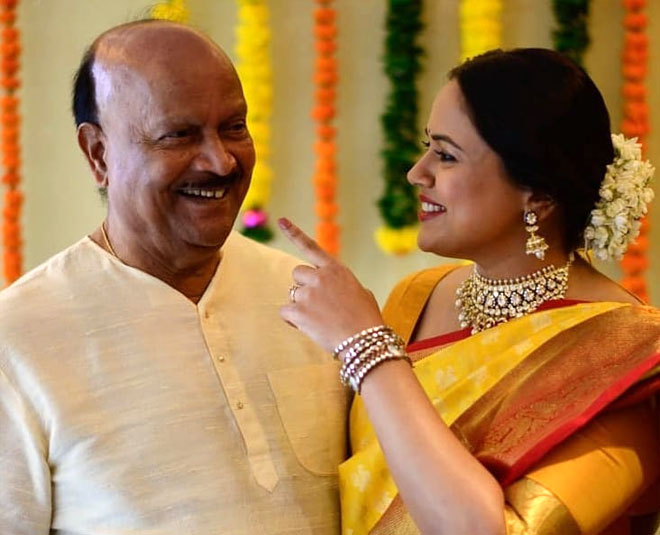 Notably, this is not the first time Sameera Reddy has been in news for her motherhood. Earlier in the year, she has told a news agency that though she had planned to have her first pregnancy and “bounce-back” to limelight again, things went in the opposite direction. In recent interactions, the actress also revealed that while she was shy about her body during her first pregnancy, she is more confident the second time around.

On the work front, Sameera’s last Bollywood film was the 2012 release ‘Tezz’ alongside Ajay Devgn. The actress got married to businessman Akshai Varde in 2014 and the couple had a son, Hans, in 2015.