Reena Dwivedi: All About UP Poll Officer's Job Profile & Perks Who Has Been Going Viral Again

Poll officer Reena Dwivedi, who went viral for her pictures in a yellow saree, is back again in a different look. Take a look!

Do you remember Uttar Pradesh Poll Officer Reena Dwivedi, who went viral on the internet after she was clicked wearing a yellow saree during the last Lok Sabha elections in 2019?

Well, she is again becoming the point of discussion on social media. Why?

The Viral Poll Officer Reena Dwivedi is one of the polling officers in the ongoing Uttar Pradesh Assembly Elections. But this time, she is back in a different avatar! How?

On February 22, 2022, Reena was seen arriving at the polling station Bastiya Gosaiganj 114 in Lucknow donning a sleeveless black top and beige pants.

When she was asked about the change in her look, she answered, “Thoda change hona chahiye (A little change is necessary).”

Now, you might be wondering that what exactly does Reena Dwivedi do, right?

Fret not, in this article, we are going to discuss everything about her life and job, from salary, perks to her duties. Read on!

All You Need To Know About Reena Dwivedi You might have seen her first time as a polling officer during the Lok Sabha elections in 2019 but she was also on poll duty in the Assembly Elections of 2017, and after that, she became a polling booth officer in 2018 Municipal Corporation elections.

Talking about her personal life, in the year 2004, Reena got married to Sanjay Dwivedi, a Senior Assistant working in PWD, but in 2013, her husband passed away. Now, along with her job, she is raising her 13-year-old son Aditya Dwivedi, who is a student.

After her photo went viral in 2019, she became pretty popular on social media, with her Instagram handle boasting over 266k followers. She also got several Bhojpuri movie offers, but she turned them down as, at present, she wants to focus on her son’s studies. Although, she had then expressed her desire to join the TV reality show Bigg Boss.

Don't miss: First Time Voter: If We Do Not Vote, Then We Are Giving Up Our Rights

What Is The Duty Of A Polling Officer? 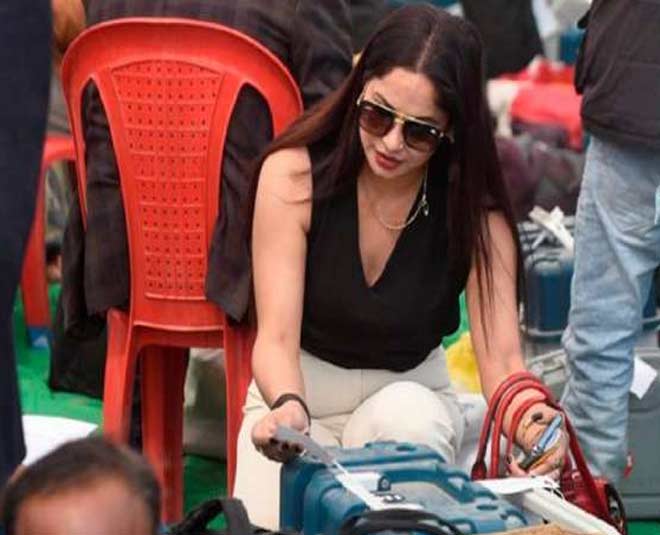 Basically, the job of a polling officer is to conduct the process of voting systematically and successfully. In addition, they also need to take care of all the necessary preparations after reaching the assigned polling station.

For this, they need to be thoroughly conversant with the procedure that is to be followed from the time voters enter into the polling station and till they leave the booth after casting their vote.

Know The Salary Of PWD Staff

Don't miss: Mera Power Vote: Each Vote Can Decide A Win Or Loss

What Are The Perks That Polling Party Get On The Voting Day? What new facts have you got to know? Do share your thoughts with us on our Facebook page. For more such stories, stay tuned to HerZindagi!