Not only her birthday, Sonam Kapoor sported an Alex Perry red gown worth approximately ₹ 1.35 lakhs for her friend’s wedding. 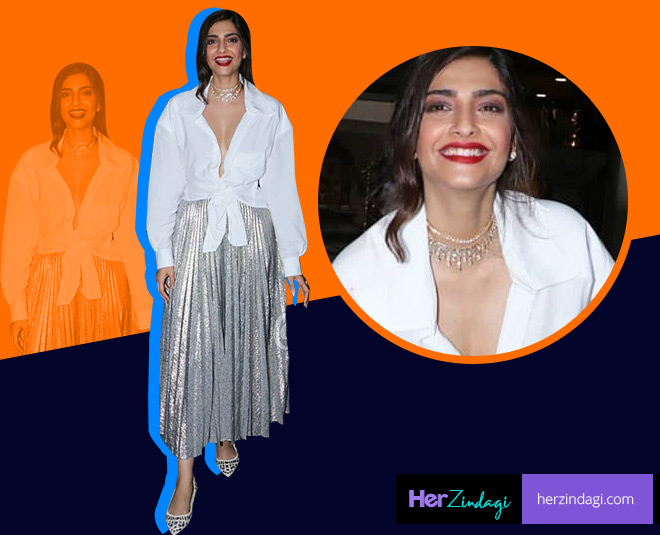 Sonam Kapoor's sartorial choices always make headlines. From sporting vintage Hollywood dresses in London to adorning herself with Cambodian emeralds in Cannes, the 'Ek Ladki Ko Dekha Toh Aisa Laga' actress has time and again proved that she is the queen of fashion in Bollywood. On Sunday, June 9, Sonam Kapoor hosted a grand party to celebrate her 34th birthday that was attended by a host of celebrities from the tinsel town. 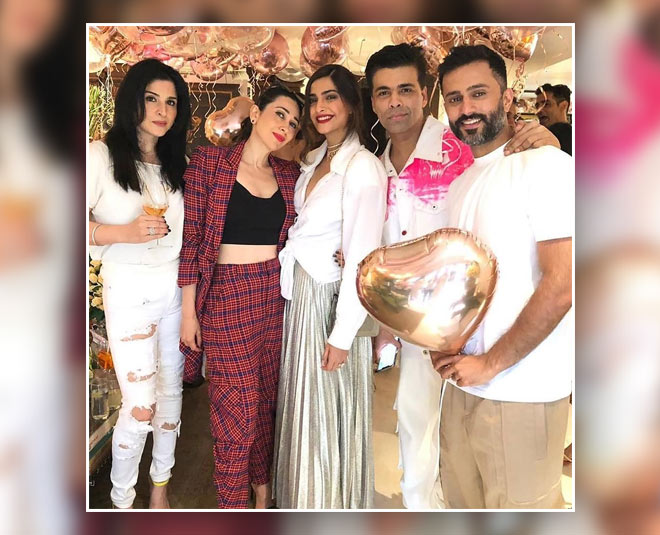 For her birthday, the actress, who is not known to shy away from trying new modern trends in fashion sported a Jacquemus' white knotted shirt with a plunging neckline and accompanied it with a gold pleated midi skirt from the house of Emilia Wickstead. Sonam wore a pair of mirror and pearl work ballerinas and also sported a layered necklace. The actress completed her look with a stark red lipstick.

However, it turns out that Sonam's look does not come cheap. According to sources, the actor's white knotted shirt costs USD 587 (₹ 40,800 approx) while the shimmery midi costs USD 1,130 (₹ 78,000 approximately). The entire ensemble costs a little more than a whopping ₹ 1 lakh!

However, this is not the first time that the actor has sported a dress that expensive. In the recent past, Sonam was spotted at the Mumbai airport sporting a white pant that was paired with a Fendi Pu jacket that cost a staggering ₹ 1,80,211 approximately. 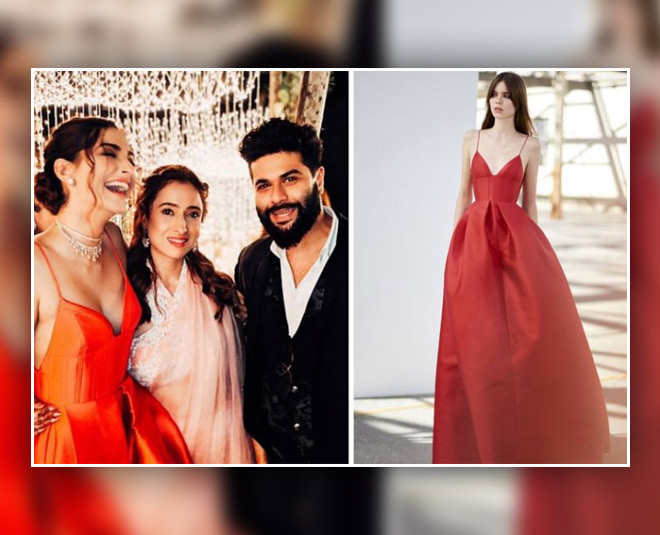 Not only that, earlier in the year, Sonam Kapoor attended a friend's wedding in an Alex Perry red gown that is priced at approximately ₹ 1.35 lakhs. In fact, back in 2018, before her marriage to Anand Ahuja, Sonam was spotted at the Mumbai airport, which many, at that time believed was for wedding shopping, where she was seen carrying a millennial pink Gucci bag. Turned out that the tiny bag in itself costs ₹ 63,000.