What all does the finance minister's budget has in store for women this year? Read on to know. 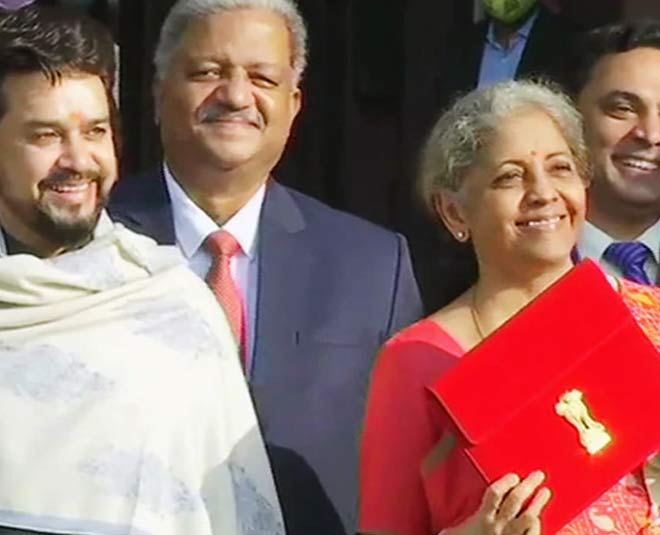 Finance Minister Nirmala Sitharaman's third budget was one of the much-awaited ones, especially because the theme was largely around the devastation caused to our economy, our lives after the coronavirus pandemic hit India.

Well, this year's budget as the Finance Minister promised was a budget like never before. To begin with, the budget was paperless, something which hasn't happened before in the history of the country. This was done to minimize the possibility of physical interaction with the budget papers due to the COVID-19 pandemic.

FM Nirmala Sitharaman presented the speech today, starting with a quote by Rabindranath Tagore. She said, "Faith is the bird that feels the light when the dawn is still dark." Referring to the quote, she said that the moment in history is the "dawn of a new era, where India is well-poised to be the land of hope and promise."

Like last year, we were expecting a lot to be in store for women. So, is this year's budget a women-friendly budget? Let's quickly take you through the big announcements that have been made in favour of women this year.

At the beginning of her speech, the FM shared that this year's budget proposal rests on six pillars -

Finance Minister Nirmala Sitharaman shared that free cooking gas under LPG scheme Ujjwala will be extended to 1 crore more beneficiaries. She further said that the city gas distribution network of providing piped cooking has to households will be expanded to 100 more districts.

Women Will Be Allowed To Work In All Shifts

The FM announced that women will be allowed to work in all shifts, including the night shift with adequate protection, in all sectors. She shared that minimum wages will apply to all categories of workers. Nirmala Sitharaman further said that social security benefits will be extended to platform and gig workers.

Finance Minister Nirmala Sitharaman announced that senior citizens above 75 years of age with only pension and interest income will be exempted from filing Income Tax Returns in order to ease their compliance burden.

During her speech, the minister shared that the government will lay out Rs. 64,180 crores plan for healthcare over the next 6 years. This will be spent on primary, secondary, and tertiary healthcare in addition to the National Health Mission. She further shared that 17,000 rural and 11,000 urban health and wellness centres will be set up and integrated public health labs will be set up in each district. This will all come under the new centrally sponsored scheme, called Pradhan Mantri Atmanirbhar Swasth Bharat Yojana, meant to strengthen the health system.

The Pneumococcal Vaccine Availability Across Nation

This vaccine which protects against serious and potentially fatal pneumococcal infections is limited to only 5 states at present but today the FM announced that it will be rolled out across the country.

With Union Budget 2021, Nirmala Sitharaman has become the first woman to present 3 budgets in the history of India. Well, did the Budget 2021 come as a relief to you? Share your thoughts with us! For more such finance-related stories, stay tuned!

Nirmala Sitharaman Budget
Read Now
Next
X
X
+
For You +