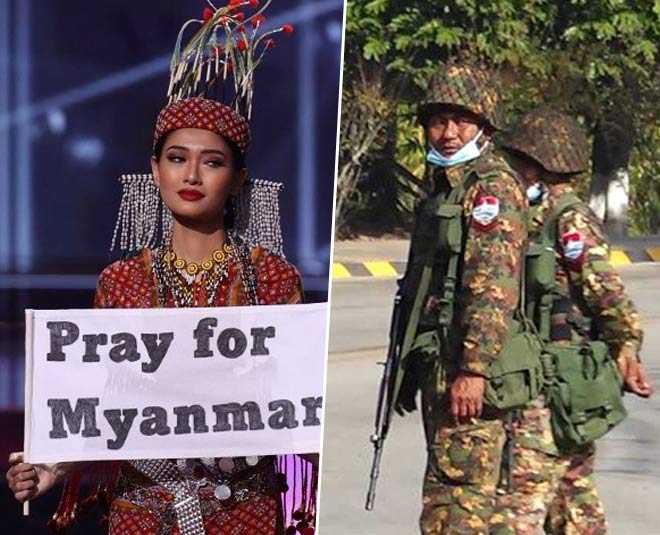 After a year of delay due to the coronavirus pandemic, the Miss Universe pageant finally took place on Sunday at the Seminole Hard Rock Hotel & Casino in Hollywood, Florida. Miss Mexico Andrea Meza took home the Miss Universe crown this year.

Here we have some of the biggest highlights of the 2021 Miss Universe contest. Read on.

Miss Myanmar's Urge To Speak Up For Myanmar

Miss Universe Contestant from Mynamar, Thuzar Wint Lwin recently urged the world to speak and pray from Myanmar where hundreds are being killed everyday.

The Miss Universe Contestant used the pageant's platform to urge people to speak about Myanmar globally. Though she couldn't make it to the last round of the pageant, she won the Best National Costume competition in which she wore an ethnic costume worn by Cin people from Northwestern Myanmar and walked with a placard that read 'Pray For Myanmar'. 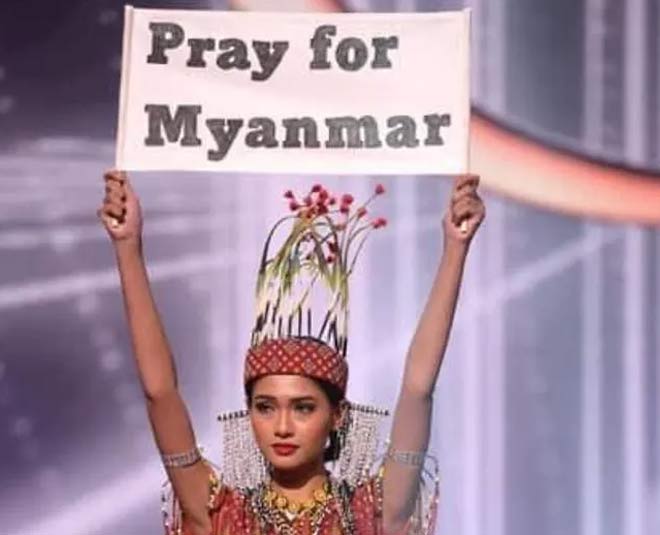 What Actually Happened In Myanmar?

Also known as Burma, Myanmar is currently under the military charge which has declared a year-long state of emergency. This began on 1st February after a general election which was won by Ms. Suu Kyi's NLD party.

The armed forced backed the opposition and demanded a rerun of the voting. The election commission, however, said that there was no evidence that the votes are fraud.

Ever since the coup, Ms. Suu Kyi has been held at an unknown place and she has been charged with violating the country's official secrets act, possessing illegal walkie-talkies, and publishing information that can cause fear among others. 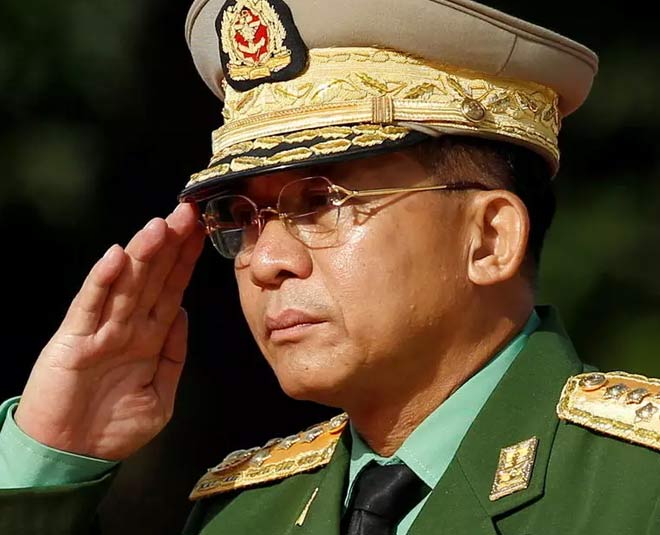 Other MPs of the NLD Party have managed to escape and formed a new group. They haven't been seen or found all this while.

Protesters across Myanmar have been walking on the streets everyday ever since the coup, holding a night strike with candles, placards saying 'Free Our Leaders', 'Save Myanmar', 'Stop Military Dictatorship'.

The military has been using water cannons, rubber bullets, and ammunition in order to disperse the protesters. About 790 people have been killed by the security forces since the coup and thousands have been arrested.

Who Has The Charge Over Myanmar Now?

Military commander-in-chief Min Aung Hlaing is in power now. Through his journey, he has had a strong political influence. He has got a lot of international flak for his military attacks.

After the coup, in one of his public comments, he said that the military would on the side of the people and he would make sure that a true and disciplined democracy is formed after the state emergency is over. Fair elections will be held in the state once again.

Thuzar Wint Lwin is among the many other celebrities from Myanmar who are talking about the current state of Myanmar.

Things are getting worse for Myanmar. Recently, six opposition rebels were killed by the military forces. We really hope this violence comes to an end soon and the military government does the needful by releasing the political leaders and respecting a democratic coexistence.

Other Highlights From The Miss Universe Pageant