Karan Johar asked Sara Ali Khan about “family dynamics” once again and here’s what the actor had to say.

Besides being a “bio-bubble of political incorrectness” who doesn’t care for the need of privacy, filmmaker and controversy-stirring show host Karan Johar’s favourite topic is “family dynamics” when it comes to actor Sara Ali Khan.

The filmmaker is back with the seventh season of his show Koffee with Karan which has a love-hate relationship with audiences who love to criticize it but can’t stop watching it either. From debates over nepotism to being the origin of several celeb relationships, the show has time and again trended on social media. It has also made headlines for Johar’s problematic statements and questions.

Without disappointment, Johar brought up the topic of “family dynamics” once again in his latest episode released on July 14 featuring actors and friends Janhvi Kapoor and Sara as guests.

How the conversation went down 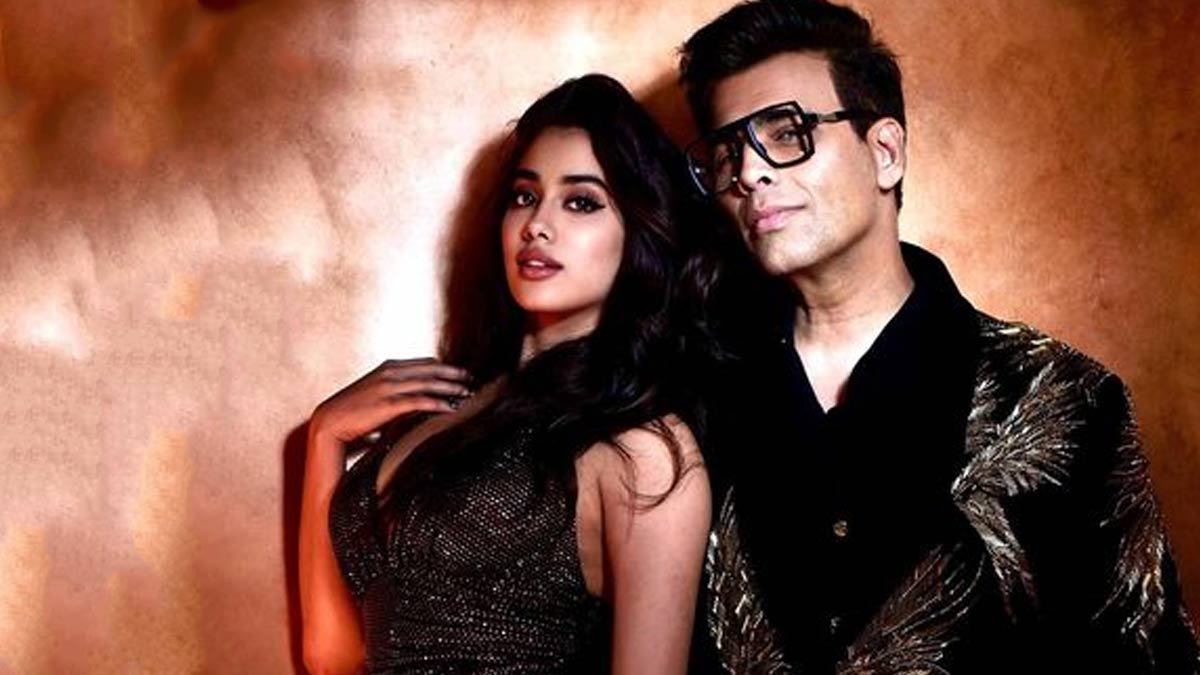 A little less than 20-minutes into the seventh season of Johar’s show Koffee with Karan, the host asked how Sara feels about Janhvi growing up in a “protective environment with a protective father and mother” while she witnessed a “parental split”.

The two friends were having a gala time discussing their adventures from their Kedarnath trip and stories of how and what they bonded on. And then Johar mentioned how “Janhvi is a bit of a princess at her house.”

Johar stated, “She was raised in a certain way. Your (Janhvi) dad calls you all the time. She was raised by a protective father and mother in a protective environment. Whereas you (Sara) had a different environment because you saw parental split and then, of course, you had to mature even faster and get into that zone.”

Johar further added, “You (Sara) come from a turbulent married relationship within your family.” Johar also told Sara how she did not grow up with a “protective daddy vibe” around her. To this, Sara replied that while she agreed that both the actors are different in how they have been brought up, but, Sara says, “mom is not necessarily protective in the way that she will call me 10 times.”

Sara added, “But she (Amrita Singh) is a very very solid person who has my back all the time and my father was a call away.”

“The dynamic might be quite different but I don’t feel FOMO about having a protective father or anything like that at all.”

One Twitter user pointed it out and wrote, “#KaranJohar saying #SaraAliKhan never had a protective dad around. He is such a fucking malicious fairy. Kjo was lowkey extremely bitchy towards her.”

What did not sit right with the audience was Karan Johar's not-so-subtle way of putting one family structure over the other. His attempt to compare a conventionally and seemingly ‘happy family’ to a separation that made headlines seemed tacky and ludicrous. Throughout the entire conversation, the 50-year-old filmmaker perpetuated a very patriarchal mindset. He also came across as judgmental when he said that Sara had to mature early because of her parent’s separation, as opposed to Janhvi who grew up more protected.

Don't Miss: Coffee Mugs Complement Themes Of Each Season Of ‘Koffee With Karan’

This was Sara’s response

Johar bringing up this topic in this season despite an elaborate insight from Sara already stating her opinion on it during her first appearance on the show seemed like a rehash of a rather tepid topic at the end of the day. Growing up with parents who split up may not always be a bad thing. In fact, it could be a healthier environment for the child to grow up in.

In the sixth season of Koffee with Karan where Sara Ali Khan made her debut on the coffee couch, she spoke about their family dynamics. She had said, “Everyone has been clear about their dynamics with me. It has never been confusing,” and added that she was happy she has two comfortable homes.

The father-daughter duo had also shared a story from Saif’s wedding day with actor Kareena Kapoor. He had sent a letter to his ex-wife Amrita about starting a new chapter and they had exchanged good wishes for each other.