Indian Docu ‘Writing With Fire’ on Khabar Lahariya Secures A Nomination For Oscars 2022!

Indian Docu ‘Writing With Fire’ on Khabar Lahariya made it’s place in the Oscar 2022 nominations from India!

In December, the Indian documentary, Writing with Fire, had made it to the Oscars shortlist — among 15 films from a pool of 138.

Oscars nominations 2022: ‘Writing with Fire’ is the first all-India independent production to make it to the final nomination in the category of Best Documentary Feature.

Delhi-based filmmakers Rintu Thomas and Sushmit Ghosh’s documentary, ‘Writing with Fire’, has won an Oscar nomination. It has made it to the final-five list to compete for the 94th Academy Award in the Best Documentary Feature category.

‘Writing with Fire’ is perhaps the first all-India independent production to make it to the final nomination in this category.

What Is The Feature Documentary About?

The documentary film, whose journey began six years ago, and which spotlights the Dalit women-run newspaper in Bundelkhand, ‘Khabar Lahariya’, mapping its print-to-digital transition, has been making headlines since it won the Special Jury (Impact for Change) and Audience awards at the Sundance Film Festival in January last year. It has bagged 28 international awards since.

Directed by filmmakers Sushmit Ghosh and Rintu Thomas, the film narrates the story of journalists behind the running of the Dalit women-led newspaper Khabar Lahariya, and the shift they make from print to digital journalism aided by smartphones. 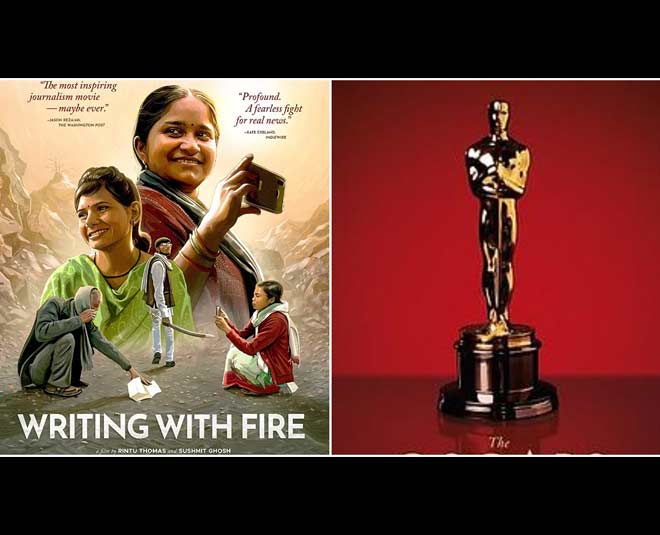 Khabar Lahariya was launched in 2002 by the Nirantar Trust and co-founded by Kavita from Uttar Pradesh. The paper, then a fortnightly publication, was run by a team of six women who wrote in Bundeli and Hindi.

In 2004, the paper won the Chameli Devi Jain Award which recognizes stellar women journalists in the country. The newspaper was supported by the Dorabji Tata Trust and the United Nations Democracy and Equity Fund.

Since its inception, the team of Khabar Lahariya has focused on issues like violence against women and other minorities and administration inadequacies, and incompetence.

Where Are The Oscars 2022 Being Held?

After the venue was shifted last year in view of Covid-19, the Academy Award ceremony will return to its long-time home at Los Angeles’ Dolby Theatre on March 27!

Who Are The Other 4 Shortlisted Feature Films?

The other four finalists in the category are Chinese-American Jessica Kingdon’s film ‘Ascension’ on the Chinese Dream; Traci A Curry and Stanley Nelson’s ‘Attica’ about the 1971 uprising at Attica prison in New York State; Jonas Poher Rasmussen’s Danish animated Afghan refugee story ‘Flee’; and Ahmir “Questlove” Thompson’s ‘Summer of the Soul (…Or, When the Revolution Could Not be Televised)’ on the 1969 Harlem cultural festival.

Oh My God!!!! Writing With Fire just got nominated for @TheAcademy Award. Oh My God!!!!!!!! #OscarNoms#WritingWithFirepic.twitter.com/X9TlcCF2Xd

Thomas posted a video of herself and her family reacting to the Oscar nomination on Tuesday evening and they were full of joy truly!