Here are our favourite moments from 'Howdy, Modi' event in Houston. 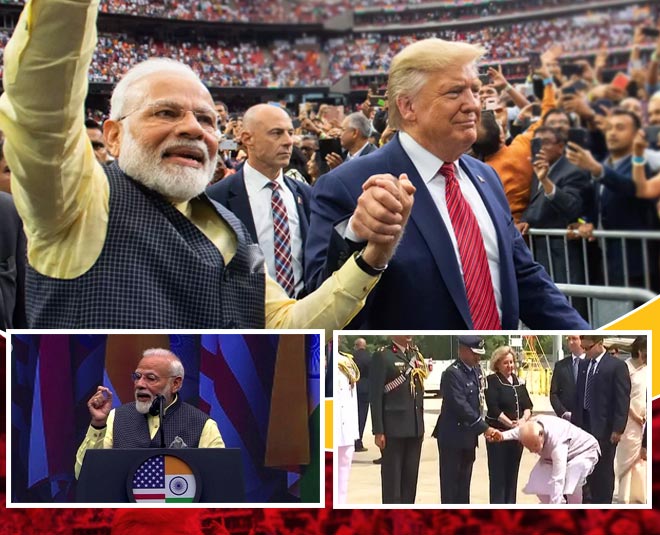 It was one of the most awaited events of the year. It finally took place yesterday after Prime Minister Narendra Modi arrived in Houston, USA for this event called, 'Howdy Modi'. PM Modi addressed around 50,000 Indian-Americans at the event yesterday.

Howdy, Modi was one of the biggest event ever held for a foreign Minister reportedly. This mega event took place at NRG Stadium in Houston, Texas. The event began with some beautiful performances, followed by US President Donald Trumps' speech and then PM Modi's 30 minute speech.

The event was oragnised by a Non profit organisation, Texas India Forum. The event focused on the contribution of Indian Americans in the United States. It also celebrated the strong partnership of the US and India.

This event, Howdy Modi, displayed the strongest bond between the world's largest democracies. Let's quickly take you through some of the best moments from the event. 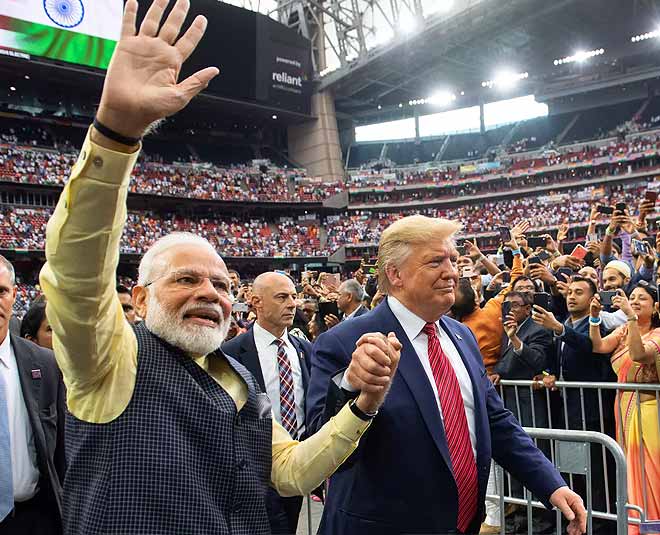 It was such a proud moment for all us Indians as Modi and trump walked hand in hand, took a lap of the NRG Stadium.

As Prime Minister Modi took to the stage for his speech, the crowd chanted, "Modi! Modi! Modi!", it was the pride of billions of Indians.

When PM Modi gave an answer to Howdy Modi. He said, "Modi akele kuch nahi hai..." This one line won millions of hearts! He went on to saying 'all is well' in multiple Indian languages including Punjabi, Bengali and Telugu.

Here is another video of youngsters chanting for Modi, have a look:

"What divides us pales in comparison to what unites us." 🇮🇳🇺🇸
Ted Kennedy #HowdyModi #Houston @narendramodi pic.twitter.com/93EUpTYfhZ

When Modi said, "Today, I have the honor to introduce you to my family" and the crowd couldn't keep calm.

"Introduce my family"
Only a true Indian could use these words..
Proud of u modi ji#HowdyModipic.twitter.com/DS5wEpk3iL

While Modi was being greeted at the airport and he saw some flowers fell on the red carpet, PM Modi promptly picked it up and handed it over to security personnel. His fans are in love with this gesture of Modi.

Moments after PM Modi finished his speech, President Donald Trump took to his Twitter and tweeted, "The USA Loves India!"

Narendra Modi's speech focused on the formation of New India. Modi said,  "The nation is working very hard to realise the dream. We are competing with ourselves, challenging ourselves and changing ourselves."

Here are some other highlights from the event:

"Unity in Diversity is our emblem. It is the basic fabric of our vibrant democracy. This is our power and our inspiration.The 50,000 Indians present in this stadium today are representatives of our great heritage."

Data Is The New Gold

"9/11 in the US or the Mumbai attacks in India, the brainchild is always found in the same place. It is high time we fight a decisive battle against the perpetrators and supporters of terrorism."

"Article 370 had deprived people of Jammu and Kashmir and Ladakh of development. Terror and separatist elements were misusing the situation. Now people there have got equal rights."

"We have given equal priority to welfare and farewell. On the 150th birth anniversary of Mahatma Gandhi on this Oct 2, India will bade goodbye to open defecation."

It was an absolute delight to watch our Prime Minister Modi addressing more than 50,000 Indo - Americans in Houston.