From Shah Rukh to the Ambanis to R.K Studios, these biggies of Bollywood are well known for some of the most epic Bollywood Holi parties thrown till n... 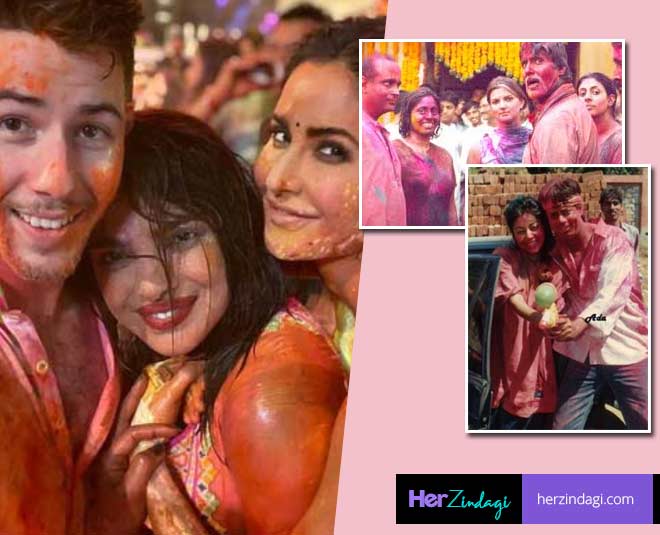 Holi is around the corner and we are all excited to celebrate it but with a few precautions. So far, before the pandemic struck, India's Holi celebrations were crazy and Bollywood Holi parties were goals for many. While the festival of colours is celebrated by all, there are a few families in the film world which are well known for their epic bashes. The fraternity flocks to their homes or did when they would host the get-together and media would go bonkers with different clicks.

Here are some of the 'khaandaans' that have thrown extravaganzas to remember. 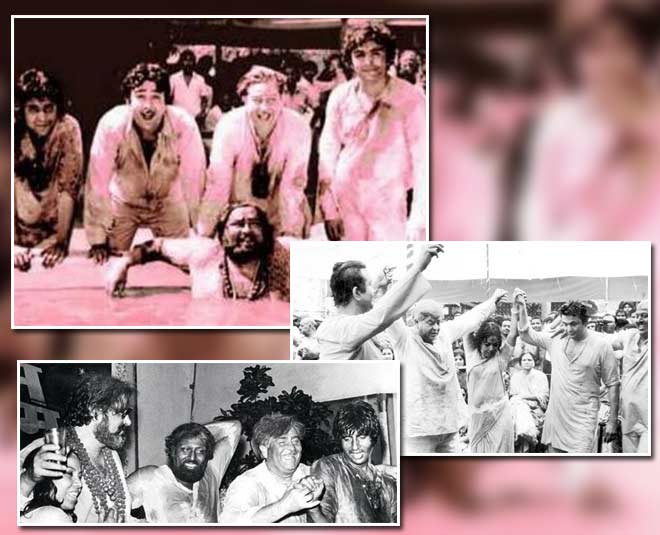 The film industry not always had Holi parties until late legendary actor and filmmaker Raj Kapoor stepped in. He started the trend and then others followed. He would throw lavish parties at the well known R.K Studios where most of the film fraternity would come together and de-stress. 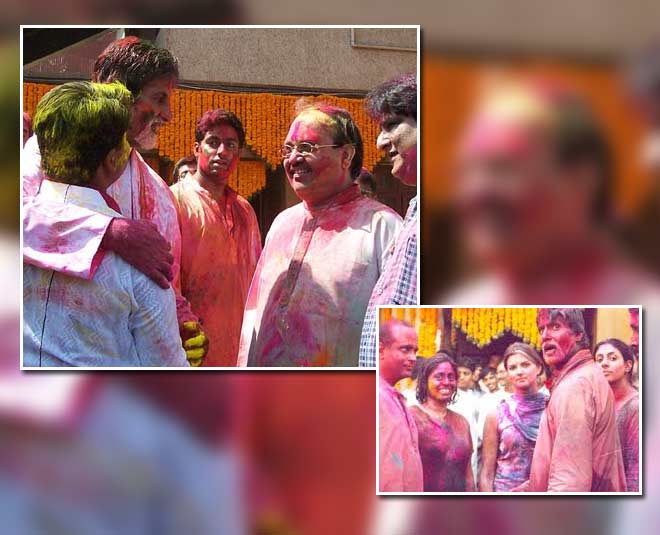 Big B has been a part of many hit Holi songs that "bachcha bacha jaanta hai' like 'Rang Barse', 'Holi Khele Raghuveera' and the Sholay number 'Holi Ke Din Mil Jaate Hain', so how can he stay behind?! The living legend of Bollywood is well known for hosting a high profile celebration every year. Most flock to his residence and as per tradition, they are welcomes with a rikka and some gulaal. It is said that there is a lot of bhang which goes around and the festival of colours is celebrated with full zest here. 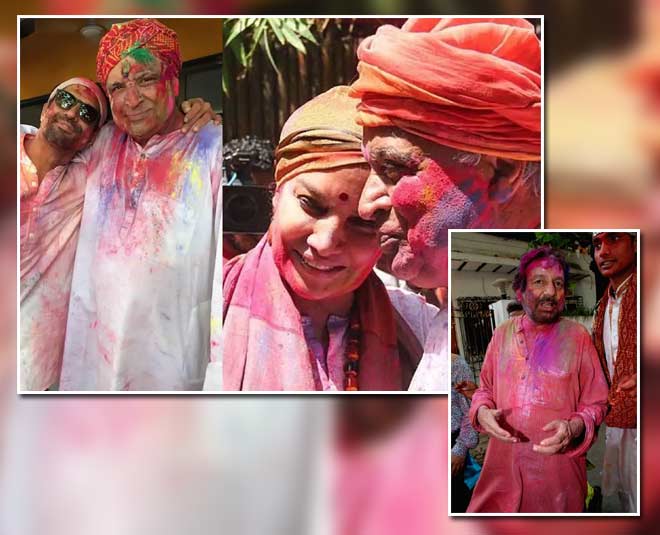 A tradition started by her father and Kaifi Azmi, Shabana Azmi and Javed Akhtar have rarely given a break to this 40-year-old tradition of hosting Holi parties. The veteran duo leaves no stone unturned at their bashes as per grapevine. They dance a lot to the dhol and some members of the fraternity gathers at their place for the colourful celebrations. 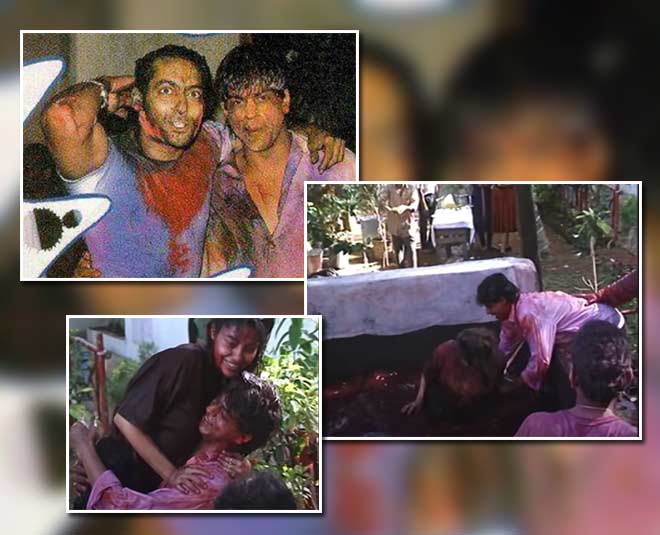 Now Shah Rukh Khan and Gauri may not be throwing the crazy bashes like yesteryears, but a video did go viral from one of his parties a long time back when the couple was very young. They would host wild Holi parties and dance away turned all black and blue with colours. But now, they have stopped serving bhang and have taken the initiative to cut down on water wastage by celebrating the fest in a sober way. The guests are welcomed with mogra garlands as per grapevine. Tv Czarina Ekta Kapoor soon followed the filmy tradition and now throws some crazy parties with most of the TV world in attendance. The lavish bashes have all the top actors and actresses who dance to the tunes of an in-house DJ and there is lots of colours and fun.

Don't Miss: How To Deal With Post Bhaang Effect This Holi 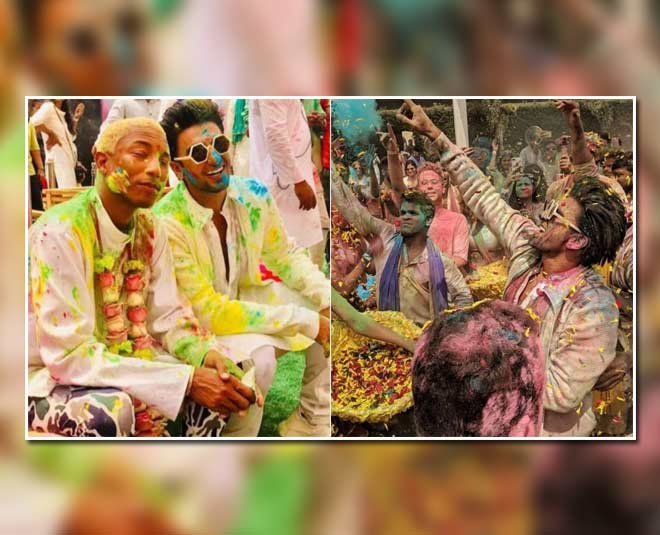 In 2018, Ranveer Singh had hosted a grand, bright and colourful Holi party for international singer Pharrell Williams who had come to India. Right from VJ Anusha to Masterchef Australia alumna Sara Todd, Mini Mathur and Ananya Pandey, his bash was attended by many. And as we know the energetic actor, Ranveer was the life of it all. He played the dhol, danced away and tried his best to make the Oscar winner's Holi experience an unforgettable one. 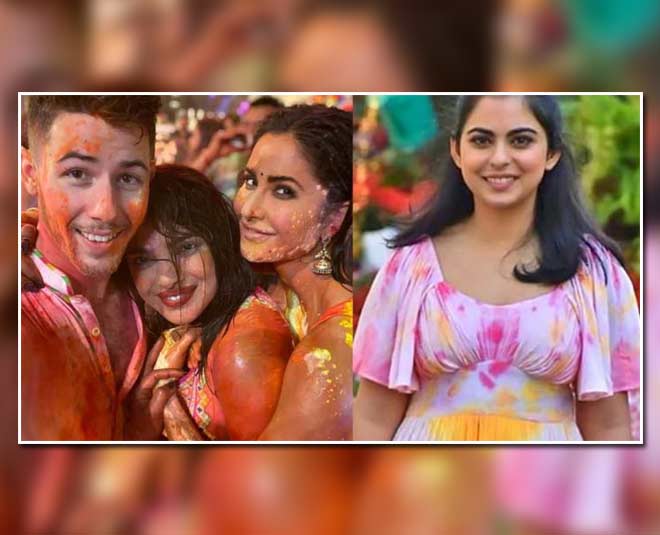 Who can forget this party which was attended by Nick Jonas and Priyanka Chopra amongst a bevvy of celebs, hosted by Nita Ambani and Mukesh Ambani's daughter and son-in-law, Isha Ambani and Anand Piramal. Remember the epic short video of Katrina Kaif and Vicky Kaushal which went viral when Vicky had just brushed Katrina's hair behind her ear? In attendance, we also had Rajkummar Rao, his girlfriend and actress Patralekhaa, Jacqueline Fernandez, Huma Qureshi among others.

We wonder what Holi is going to be like this year, give the cases have increased so much. Do take precautions and have a lovely Holi. Stay tuned to HerZindagi for more on celebs and Holi.