From getting a legal notice by a Punjabi lawyer to getting cornered by artists, here is what happened when she locked horns with Diljit Dosanjh over t... 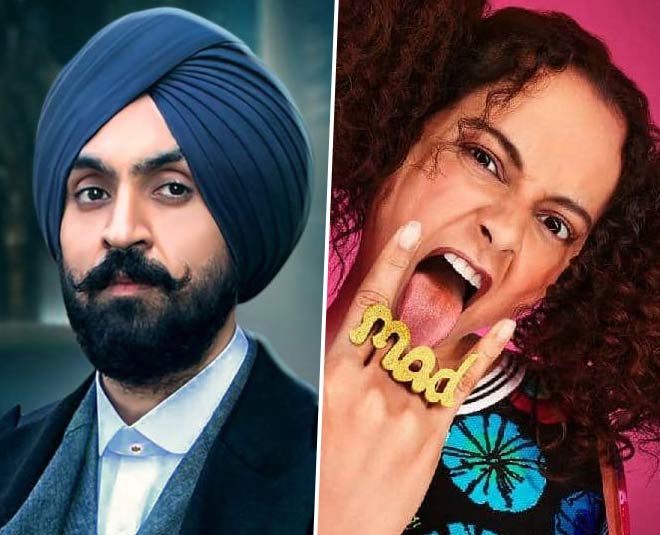 India is torn between farmers and the government right now over the protest for which they have marched to Delhi with 6 months' worth of ration. Many from the Punjabi community and celebs have come out in their support which includes big names. Singer and actor Diljit Dosanjh who has taken over the world with his latest album G.O.A.T, ruling billboards, has been very vocal over his support and has regularly been tweeting and posting pictures of these farmers on his social media. Actress Kangana Ranaut who is off late been giving her two cents on every national issue and Bollywood, this time locked horns with Diljit unknowingly with a controversial accusation which has now lead to her receiving a legal notice as well for misidentification. But artists have come out in support of Diljit and cornered Kangana and how!

The verbal spat on Twitter between Diljit and Kangana has been on since Wednesday but it has now snowballed into something big with not just Punjabi artists but B-town actors and many netizens supporting the former.

It all happened when Kangana misidentified an elderly woman at the farmers’ protest as ‘Shaheen Bagh dadi Bilkis Bano’ who will protest anywhere for ‘100 rupees’.Although she did delete the tweet later, it was a tad bit late perhaps. 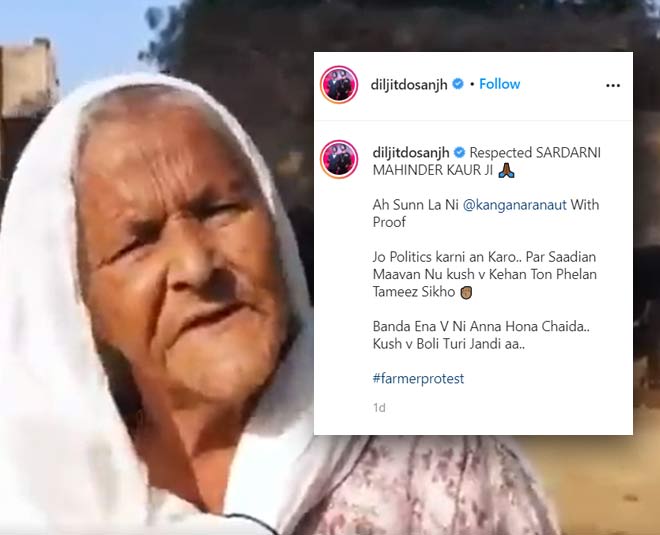 The farmer's protest is a rather touchy matter at the moment and many have come out in support of our "ann daatas" but some are backing the government's decision, dividing opinions for sure. A tweet like this from Kangana was bound to backfire especially when the Punjabi community has united in support of the farmers.

In another tweet, she wrote, “Listen you vultures, do not consider my silence as my weakness. I see how you are instigating the innocent by lying to them and are using them. Just like Shaheen Bagh, the truth behind these protests will soon be out. Then I will write a brilliant speech and leave with your faces black,” she wrote and signed off as ‘Babbar sherni’.

But this did not hold back Kangana. She went on to write: “Oh chamche chal, tu jinki chat chat ke kaam leta hai, main unki roz bajati hoon,jayada mat uchal,m ain Kangana Ranaut hoon tere jaisi chamchi nahin jo jhoot boloon, maine sirf aur sirf Shaheen Baag wali protestor pe comment kiya tha (You are a bootlicker, the one you try to please, I take them to task everyday. I am Kangana Ranaut, not a bootlicker like you who would lie. I only spoke about the Shaheen Bagh protestor), if anyone can prove otherwise I will apologise.”

Not for her opinion, but for her usage of words, Diljit slammed her for her language used against Mahinder Kaur and this escalated the fight in no time. Some of the names that tweeted against Kangana and in Diljit’s support were singer Mika Singh, singer Ranjeet Bawa, actor Gippy Grewal, singer-actor Ammy Virk, actress Swara Bhasker and Aahana Kumra.

The common opinion was "shame on you".

Mika shared the photo and tweet of Kangana, and posted on his wall: “I used to have immense respect for @kanganaranaut , I even tweeted in support when her office was demolished. I now think I was wrong, Kangana being a woman you should show the old lady some respect. If you have any etiquette then apologise. Shame on you… #farmers.”

In one of the tweets, Kangana had called Diljit "Karan Johar’s paltu" which was definitely not going to be taken well.

Ranjeet took on Kangana for her ‘Karan Johar’s paltu’ statement and posted:

After it all went haywire, Kangana shared multiple tweets, saying she stands with farmers.

“I am with farmers, last year I activity promoted agroforestry and donated for the cause as well, I have been vocal about farmers exploitation and their problems also I worry a lot so prayed for resolves in this sector, which finally happened with this revolutionary bill,” she said.

In the second tweet, she wrote: “This Bill is going to transform farmers lives for better in many ways, I understand the anxiousness and effect of many rumours but I am certain government will address all doubts, please be patient. I am with my farmers and the people of Punjab hold a special place in my heart.”

“My request to Farmers across the nation is don’t let any communists/Khalistani tukde gangs hijack your protests. Latest reports suggest that the talks with the authorities are yielding results. I wish everyone all the best. Hope peace n faith prevails in the nation again, Jai Hind,” she added.

This entire war was turned into classic memes by netizens.

What is your take on the entire ruckus that took over Twitter?

One of the luckiest person in the world. Narrow escape Hrithik #DiljitVsKanganapic.twitter.com/GTECXnnAcu

A Punjab-based lawyer has also sent her a legal notice for allegedly misidentifying Mahinder Kaur.