Throwback: When Deepika Padukone And Anushka Sharma Were At Loggerheads

What was the real reason behind this cold war between Deepika Padukone and Anushka Sharma? Read on to know.

When it comes to Bollywood, it is usually believed that most actresses don't get along well. A lot of times in the past, we have read stories of actresses who ended up fighting on the sets of a film, giving each other a cold shoulder or just attacking each other verbally.

It is not something new. Even veteran actresses like Sridevi and Madhuri Dixit, Raveena Tandon, and Karisma Kapoor have got into ugly catfights in the past. Well, it doesn't really surprise us because Bollywood is such a competitive industry and for one's survival, celebs have to be cut-throat.

In today's throwback story, we will take you back to the time when Anushka Sharma and Deepika Padukone were at loggerheads.

According to a report by Cosmopolitan.in, when Anushka Sharma was asked about her comparison with Deepika Padukone, she said, “There is not any comparison between Deepika and me. Nothing links us. We do different kind of films. actually she has done more films. i’ve been choosy. I have not picked up just about any role that came my way.”

Anushka Sharma's dig at Deepika Padukone kickstarted the cold war and there were a lot of such instances that followed.

When Anushka Sharma Reportedly Slashed Her Fee To Get An Endorsement 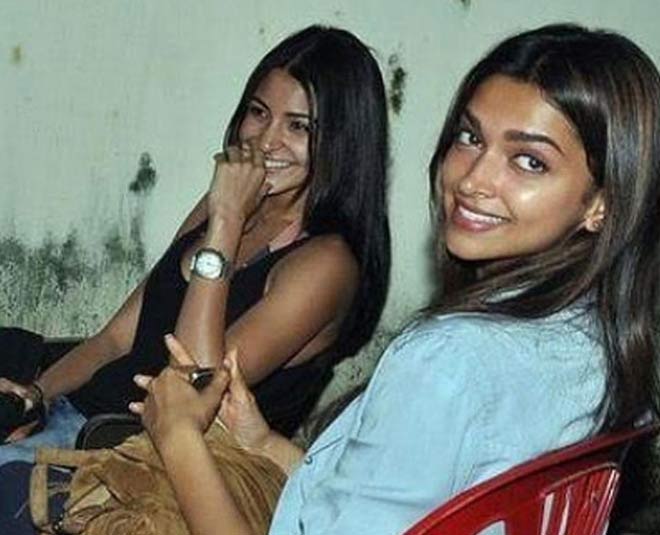 Last year, there were rumours that Anushka Sharma had slashed her fee to get an endorsement that was earlier offered to Deepika Padukone. However, Anushka Sharma cleared the air saying that she has enough endorsements in her kitty already. According to a report by Bollybytes, Anushka Sharma said, "Today I command a premium. I have earned it. And I don't need to slash my prices."

She added, "I find it very cheap to be saying I have X number of ads. I don't need to slash my price. Period."

When Deepika Padukone Reportedly Tried To Pull Anushka Down

According to a report by Cosmopolitan.in, Anushka Sharma in an interview hinted at an incident where Deepika Padukone tried to pull her down. She said, "A friend of Deepika had called up to say that she is doing Yeh Jawaani Hai Diwani and not Anushka. My ‘friends' don't call, do they? I am Kashyap's and Hirani's choice. She is Ayan's and whosoever's. I never pull anybody down. That makes me nice, right?"

Anushka Sharma once again hinted at Deepika Padukone when she said, "Stop throwing garbage at me since I don't throw garbage at you. We call ourselves cool but we are actually not. I'm in a good position and nobody can take it away from me." 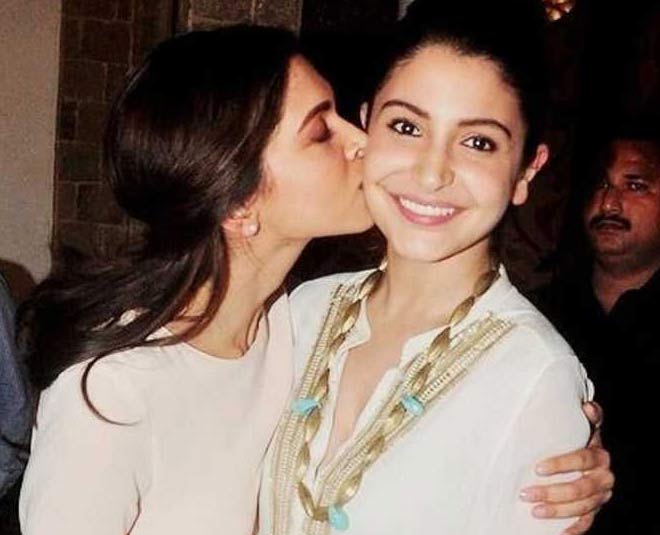 While after the two had taken a dig at each other, Deepika Padukone in an interview shared how she is extremely fond of Katrina Kaif and Anushka Sharma personally and professionally. She shared that sometimes you have a certain feeling for other people but they don't necessarily feel the same back for you which is okay.

When Anushka Sharma And Ranveer Singh Were Reportedly Dating

Back in 2011, Ranveer Singh warned a guy to mind his language with Anushka Sharma and also told him that she was his girlfriend according to a report by FilmiBeat. Ranveer Singh walked up to the fan and said, "Mind your language. She (Anushka) is my girlfriend. I will break your nose."

While the two were shooting for movies, Band Baaja Baraat and Ladies Vs Ricky Bahl, there were rumours of the two dating each other but they never announced it publically. Later, when the two appeared on Koffee With Karan, Anushka Sharma jokingly shared why she wouldn't ever date Ranveer Singh. She said, "You know why I wouldn't date him. He's a dirty boy."

Their dating rumours still went strong back then. Later, there were reports that the two break up because of Ranveer's closeness with Goliyon Ke Rasleela: Ram Leela co-star, Deepika Padukone. We wonder if that was the reason why the cold war started.

Today, it all seems in the past. Looks like both Deepika and Anushka had buried their differences and moved on. Anushka Sharma got married to Virat Kohli in the year 2017. Ranveer and Deepika tied the knot in the year 2018. On the work front, Deepika Padukone will be next seen sharing the screen with husband Ranveer Singh in Kabir Khan's directorial, 83. On the other hand, Anushka Sharma hasn't announced her next project.

Tell us your thoughts on this Bollywood throwback story. For more such stories, stay tuned!