Ahead of the grand finale, friends and family members of Bigg Boss contestants will be entering the house as their connection. Bigg Boss 14 grand finale is just around the corner and we can't wait to see who takes home the trophy this season. Just ahead of that, the makers are all set to welcome the connections of the contestants to the Bigg Boss house.

In the coming week, we will see friends and family members of the Bigg Boss contestants entering the house as their connections and staying with them for a week.

Just like the contestants of the show, these connections too will actively take part in all the tasks, be it for immunity, luxury items of the Bigg Boss house or captaincy. A lot of celebrity names that are likely to enter the Bigg Boss house are doing rounds. Let's have a look.

Celebrities Who Are Likely To Enter As Connections Jasmin Bhasin's eviction from the Bigg Boss house came as a big shock to everyone, especially Aly Goni. He was inconsolable after her exit but if the reports are to be believed he will soon get a big surprise with Jasmin Bhasin entering the house again. However, let's tell you that this time, Jasmin Bhasin won't enter as a contestant but just as a connection. Accordingly to a source, “Jasmin will be quarantined for a week from January 30. After completing the mandatory quarantine period, she will go inside the house for a week during the family week.” 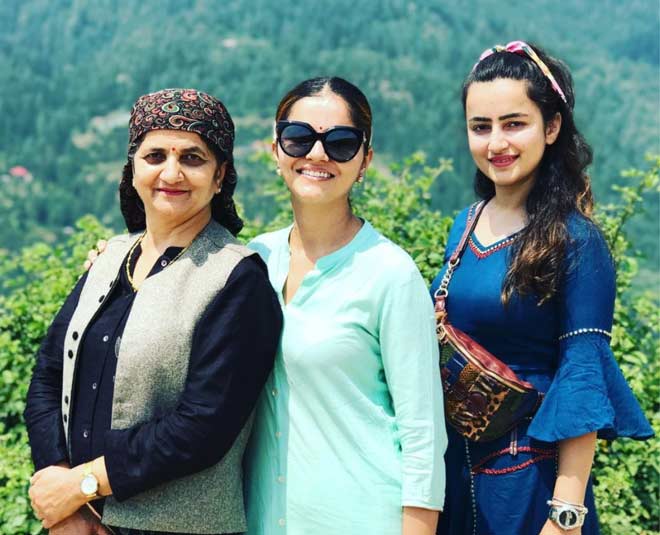 Rubina Dilaik's sister, Jyotika Dilaik is also likely to enter the Bigg Boss house during the family week as a connection. Jyotika is quite active on her Twitter and keeps sharing her thoughts on the game. Last month, she took a dig at Rahul Vaidya after he called Abhinav Shukla 'nalla'. She wrote, "Papu ko mumy ki yaad agai to ghar bhag gya to kis muh se dusro ko nalla bol rha hai!!"

Manu Punjabi, who earlier entered the house as a challenger but left due to medical reasons also might enter the show again. He will reportedly enter as a connection to Devoleena Bhattacharjee.

There are reports that Rakhi Sawant's husband Ritesh might enter as her connection and also reveal his identity to the world.

Connections will be quarantined for 7 days from 30th January according to a report by Mr. Khabri. According to the Instagram page, Disha Parmar's name is also coming out in some reports. Rahul Vaidya earlier expressed his feelings towards Disha Parmar on national television. It would be interesting to see their chemistry on the show if she really enters as a connection. Don't you think?

Names of ex-contestant Shefali Bagga and Arshi's brother are also doing rounds to enter as connections on the show this time.

There are just a few days left for the grand finale and it will be interesting to see how the connections contribute at this stage of the show. What are your thoughts on the connections entering the Bigg Boss house soon? Share with us! For more such stories on Bigg Boss 14, stay tuned!