Class 10th CBSE Exam carried a comprehension passage with regressive notion about women which sparked outrage among people. Read on to know. 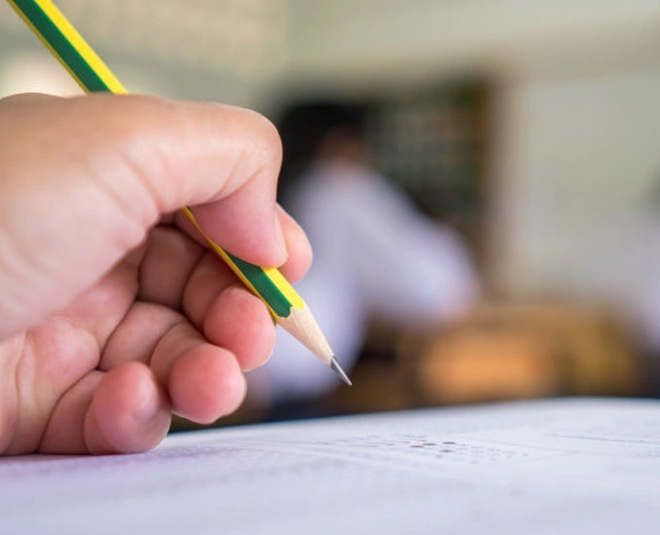 It's surprising to think that the year 2021 is almost over and we're still teaching our youngsters regressive patriarchal notions in schools.

CBSE board exam for class 10th was conducted on Saturday. It carried a comprehensive passage which irked controversy for allegedly promoting “gender stereotyping” and supporting “regressive notions.”

The passage had problematic sentences like “emancipation of women destroyed the parent’s authority over the children” and “it was only by accepting her husband’s way that a mother could gain obedience over the younger ones”, among others.

The closing paragraph of the passage read, “What people were slow to observe was that the emancipation of the wife destroyed the parent’s authority over the children. The mother did not exemplify the obedience upon which she still tried to insist… In bringing the man down from his pedestal the wife and the mother deprived herself, in fact of the means of discipline.”

The problems didn't just end here as one of the questions based on the passage asked whether the writer “seems to be a male chauvinist pig/an arrogant person”; “takes a light hearted approach to life”; “is a disgruntled husband”; or “has his family’s welfare at his heart”. According to the board’s answer key, the correct answer to this question is “takes a light hearted approach to life”.

Can it get any more disappointing?

The Outrage Over Passage

A lot of students found this passage problematic and they shared it on social media, where it went viral. Netizens called out the CBSE board for supporting “misogynistic” and “regressive opinions”. Soon after that, it became news and started trending on Twitter.

Congress general secretary Priyanka Gandhi Vadra also lashed out for having such retrograde views on women. She retweeted the image of the passage on Twitter and wrote, “Unbelievable! Are we really teaching children this drivel? Clearly the BJP Government endorses these retrograde views on women, why else would they feature in the CBSE curriculum.”

Unbelievable! Are we really teaching children this drivel?

Clearly the BJP Government endorses these retrograde views on women, why else would they feature in the CBSE curriculum? @cbseindia29@narendramodi?? pic.twitter.com/5NZyPUzWxz

Most #CBSE papers so far were too difficult and the comprehension passage in the English paper was downright disgusting.

Typical RSS-BJP ploys to crush the morale and future of the youth.

The Other Highly Inappropriate Parts Of The Passage

Other parts of the passage among many, which got us furious was, "a century ago, a wife’s subordination to the husband – “the master of the house”– would teach “children and servants” their place. “What people were slow to observe was that the emancipation of the wife destroyed the parent’s authority over the children. The mother did not exemplify the obedience upon which she still tried to insist. There was more room now for disagreement between the parents, enabling the child to appeal from one to another, eventually ignoring both. In bringing the man down from his pedestal the wife and mother deprived herself, in fact, of the means of discipline”,

A question related to this passage was, “Who is responsible for indiscipline among children, Collapse of discipline at home, Place of children and servants at home and Child Psychology?”

These are just a few of the many misogynistic passages in the paper.

Don't miss: Mumbai Police Calls Out Misogynistic Bollywood Dialogues And Can We Get More Impressed?

The CBSE Responded On The Outrage

CBSE responded to the outrage caused by a horrendously misogynistic passage in the Class 10 English paper. Late on Sunday, CBSE PRO Rama Sharma issued a statement: “The matter will be referred to subject experts for considered views as per the pre-set procedures of the board. As regards the correct answer option and the answer key released by the board, it is clarified that if the experts opine that the passage elicits multiple interpretations, appropriate action will be taken to protect the interests of the students.”

A senior CBSE official said, “A passage in one set of the English paper of CBSE Class X first term examination held yesterday has received mixed reactions from a few parents and students.

This comprehensive passage got us wondering, If students are being taught this, how many more years will it take for India to ultimately break free from patriarchal mindset and see real progress?