Checkout some adorable throwback pictures of Abhishek Bachchan shared by Amitabh Bachchan on his birthday as per the Hindu Calendar. 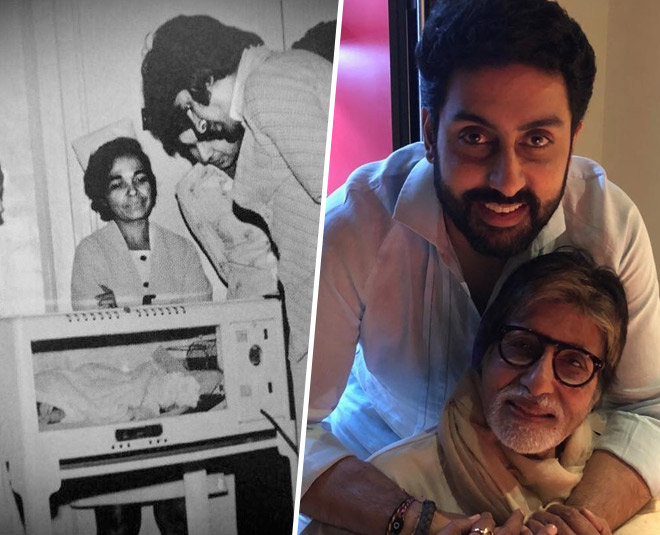 Abhishek Bachchan who is also called Junior Bachchan was technically born on February 5 but as per Hindu Calendar, on the occasion of Basant Panchami. Lovingly called Big B, Amitabh Bachchan had shared a sweet throwback picture of the now 6 feet or taller man who was nothing but a little munchkin as you can see in the picture with Amitabh, the lean tall man towering over the newborn.

Next up is a picture with Shweta Nanda and Abhishek enjoying their icecreams and they look so cute! Bein a kid from the 80's myself I can say that those times were very innocent and pure. Lapping up on ice cream was a big thing for the kids of the 80's and 90's. 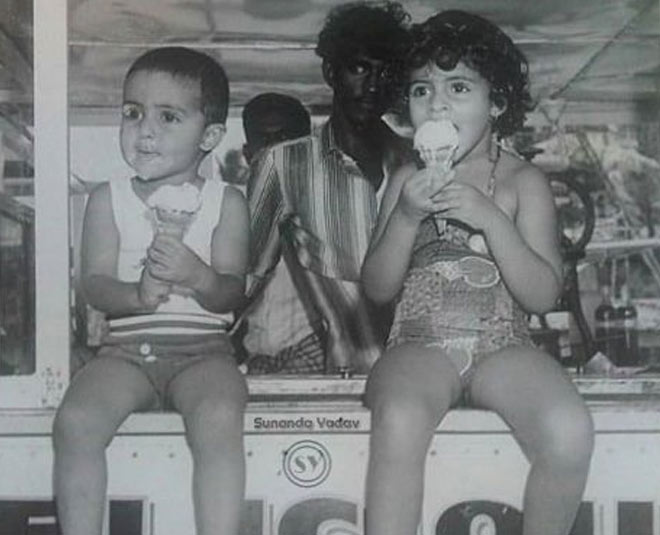 In the next pic, probably the same age as in the above pic, the twinning is very clear. Same nightsuits and same eyes, the two look adorable together.

Next up is this picture of Big B taking blessing from an elderly with that little kid being Abhishek. 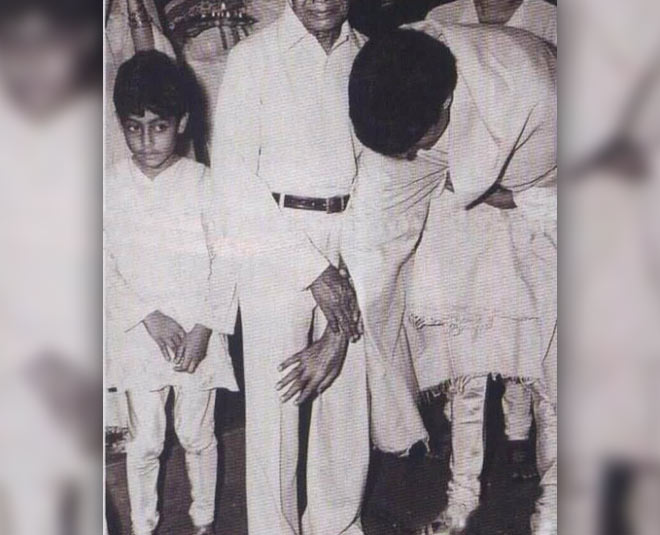 Young adults for sure this is yet another sweet picture of the two siblings. The two may have their fights like all brothers and sisters have but they love each other a lot.

Big B also shared a pic of Abhishek with missing teeth, before. He captioned the picture: "You look like sauce!', an adorable caption undoubtedly.

On the work front, Abhishek who was last seen in Manmarziyaan will play the male lead in a Sanjay Leela Bhansali production. It is a biographical film on the love story of poet Sahir Ludhianvi and author Amrita Pritam. He will be paired with his wife and actress Aishwarya Rai Bachchan with whom he will be working after 10 years and this will be their 9th film together.

Next up is his picture with mother and veteran actress Jaya Bachchan.

Stay tuned to HerZindagi for more such throwback pictures and overwhelming moments shared by celebs.