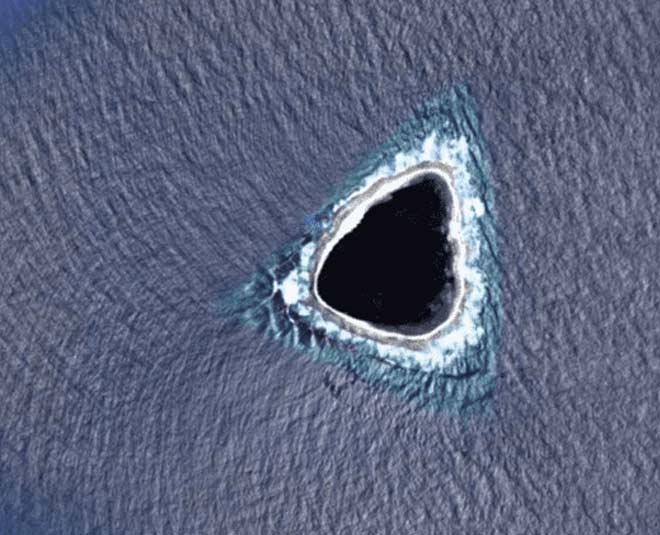 An image of a blacked out island in the middle of an ocean has gone viral on social media, dazzling viewers all over the world. This has made many people raise their conspiracy theories. In a slew of sparked conspiracy theories, the most common beliefs are- is it a volcano? or a black hole? or a gateway into a new world? Some also believed it to be a “covered-up” Area 51.

The image was published on Reddit a few days ago by a user. The interesting discussion on the theories went on in it's comment section.

In the comment section, some users suggested that Google Maps might have censored the interior of the island.

"My first thought was that I was censored. It wouldn’t make sense for a natural formation to be so black on such a small athlon / island," commented one user.

Many users also assured (hopefully jokingly) that it could be the island from the famous television series ‘Disappeared’, whose original name is 'Lost'.

The user commented, “Ladies and gentlemen, you have found the Island of ‘Disappeared.'”

Don't miss: Want To Explore The Unexplored? Here Are Last Untouched Places On Earth To Check Out

Finally, a user was able to locate the island on Google Maps, and it turned out to be the uninhabited island Vostok, located in the central Pacific Ocean and is part of the Line Islands belonging to the Republic of Kiribati.

The interior's black colour, according to one user, could be due to the fact that the entire island is covered with trees. Many people believe that the dense foliage there caused the "darkness," and that when zoomed out, the dark green seems black.

However, these are all theories by social media and reddit users. No one in a position of authority or geographical expertise has confirmed any explanation for it yet.

We don't know what's true for sure. Most probably, after a few days, this will also add to another internet mystery that excited everyone for a while and slowly fizzled out.

Don't miss: Exotic Islands That Indians Can Visit Without A Visa

What does your imagination say about this? Which conspiracy theory sounds more believable to you? Do you have any other conspiracy theories for this? Let us know on our Facebook Page.

For more such interesting stories, stay tuned to HerZindagi!