On tonight’s episode, Kajol and Salman play games and entertain the audience. Read on.

What the housemates of COLORS’ ‘Bigg Boss 16’ dreaded the most hit them head-on in Salman Khan’s Weekend Ka Vaar. The actor, trying to make people understand the difference between right and wrong, discussed fights in the house and the behaviour of the contestants that transpired intervention of Bigg Boss throughout the week.

The focal point of today’s conversation was the continuously increasing and annoying verbal spat between Archana Gautam and Sajid Khan. Apart from Khan grilling both the culprits for the most talked about fight of the week and their stupid comments on each other’s families, he also welcomed Kajol on the sets for promoting her upcoming film, Salaam Venky.

For the last two weeks, we have been looking at Archana and Sajid cutting each other's throats. While Archana always seems to instigate the fight, Sajid always sides with his team. However, he always seems to take offence when she says anything unfair has happened in the house.

When Khan asked them about their recent fight in which Sajid and Archana questioned each other’s worth and integrity. Addressing all the matters, host Khan doesn’t leave any stone unturned to show both of them where and how they wronged each other. He showed them the mirror.

Khan grilled Sajid for pointing fingers at Archana and talking about her worth. Sajid tried hard to defend himself by saying that Archana constantly provoked him but all in vain.

Archana, on the other hand, tried to justify her outburst and said she did not abuse the former, Khan questioned her if she would use that kind of language if there was a family member in place of Sajid Khan.

Use And Throw Game

While dropping truth bombs, Khan introduced a game of ‘Use and throw’. The set-up of the game included a toilet paper roll hung on a board against the name of all the contestants and a commode kept in front of the board.

The actor asked the housemates to throw the toilet paper inside the commode of those who they think are being used the most in the house. 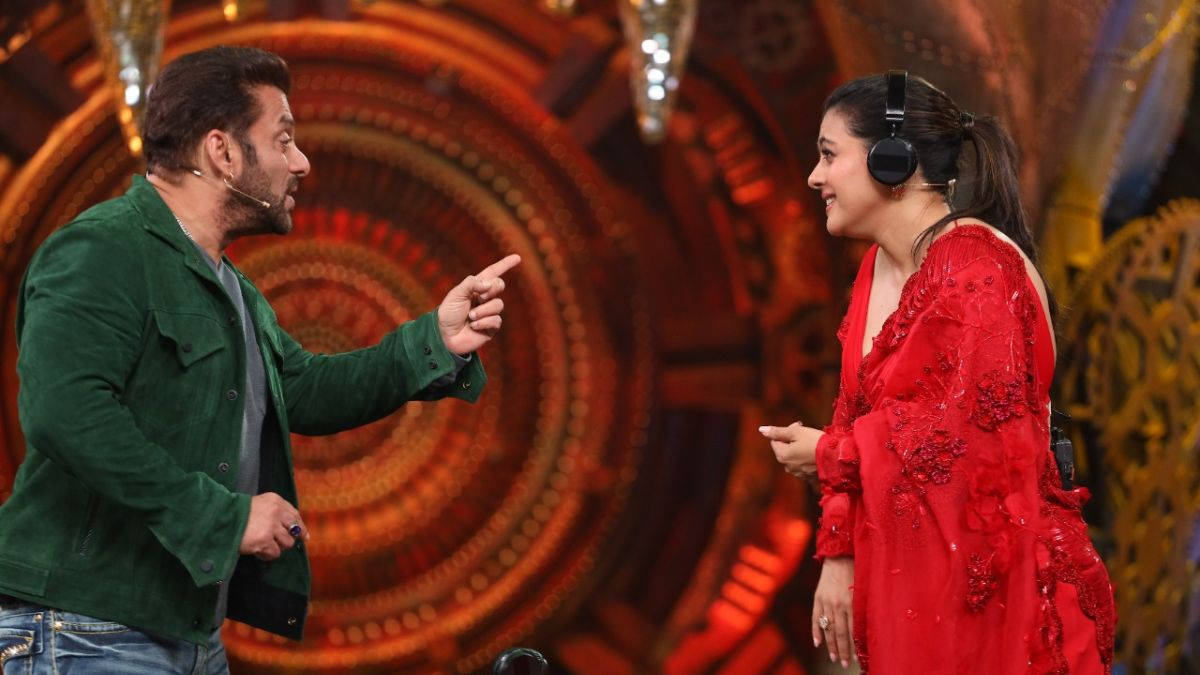 The two legendary actors indulged in a game of staring. Kajol claimed Khan cheated on the show back then. However, he said he won the game fair.

The two also played Whisper Challenge. It was fun to see both of them trying so hard to make each other guess and say the right sentence. Director Revathi and Salman took a trip down memory lane as they recreate their hit song ‘Sathiya Tune Kya Kiya’.