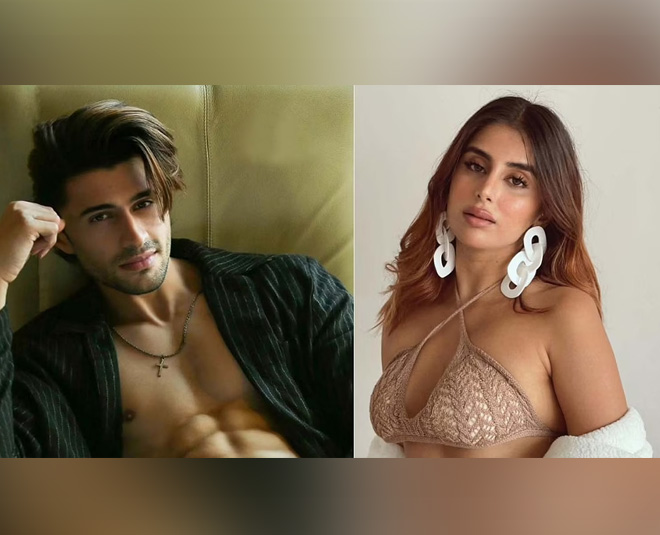 With the Weekend Ka Vaar starting, a task is assigned to the inmates wherein they have to rank Shamita Shetty, Karan Kundrra, and Jay Bhanushali according to who they think is real or fake taking through their 4-week journey in the Bigg Boss house. With a majority, Karan Kundrra is ranked as the most original contestant in the house whereas Jay takes the fakest category leaving Shamita Shetty with the 50-50 rank, standing in the middle.

Hina Khan is a favourite on-screen contestant from the Bigg Boss itself, we have spotted her entering the house on many occasions. We see her at the 4th Weekend Ka Vaar episode with a lot of fun tasks in play.

The first activity in Hina Khan’s Boot Camp was all about cleanliness and it had all our favourite biscuit boys in action with white aprons and a lot of dirt to clean. In pairs of two, Umar Riaz and Vishal Kotian while Ieshaan Sehgal and Simba Nagpal had a one on one where Umar Riaz backed up the place for the best performance out of all with a sassy performance heating up the house. 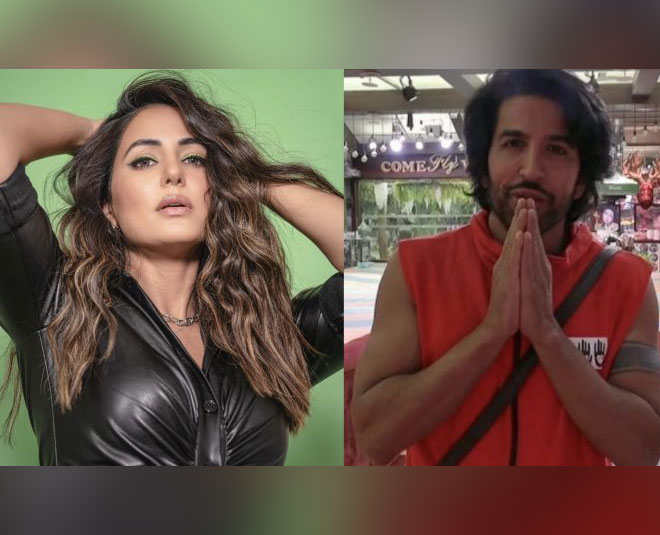 During the task, Vishal Kotian got his pants dirty and made a whole ruckus out of it. While Hina Khan playing a good host to the house stayed calm, Vishal Kotian took off babbling the entire time she put her Boot Camp.

The next task was the organization task by Hina assigned to Miesha Iyer and Ieshaan Sehgal as a pair as well as Nishant Bhat and Karan Kundrra. While Miesha and Ieshaan gave up a performance out of love, the other pair gave us a whole nother level of chemistry.

The fourth task for the inmates was the pain class. The first pair was Afsana Khan and Jay Bhanushali meanwhile Jay got himself waxed for every answer Afsana Khan said yes to. The next pair was Karan Kundrra and Shamita Shetty. Not just his legs, but the wax hit his chest too.

Ultimately we reached the last task of the night with Hina Khan and it was all about food, the one Tejasswi Prakash loves. Dipping marshmallows in Szechuan sauce and chutneys came Karan Kundrra, the new rumored couple of the house. Keeping a smiling face, Tejasswi Prakash, as well as Pratik Sehajpal both, killed the task with their accompanies Kranan Kundrra and Akasa Singh. 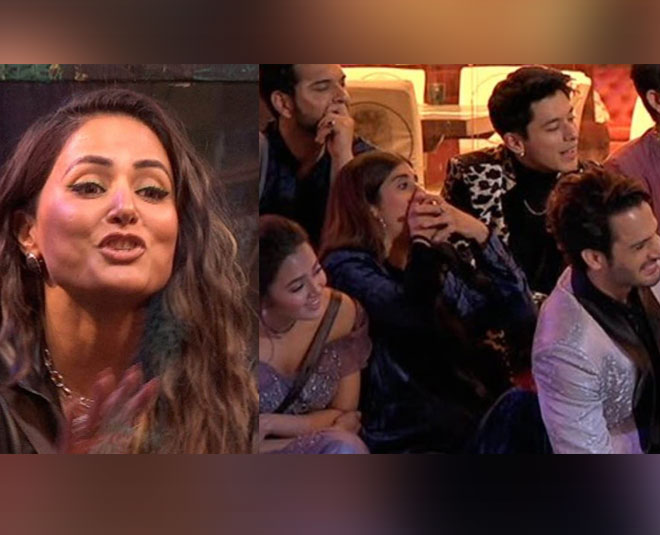 Vishal Kotian In A Black Spot For The Inmates

With the Saturday episode coming to an end, the inmates turned against Vishal Kotian taking his actions and words taking Hina Khan as well as his sly comments for other housemates.

Salman Khan asks the inmates to foam the faces of those whom they think have made these statements about them making them insecure and unsure about each other.

Manish Paul Is Set To Enter

With Manish Paul making an entry in the house, it’s full of Mirchi! He comes with green chilies in regards to his new show and asks inmates to feed each other with respect to the categories assigned. Manish Paul leaves the house with a trivia of comedy and spice amongst the inmates.

With Manish Paul in the house, Miesha Iyer took the chance and proposed to Ieshaan Sehgal and it was incredibly cute. We'd love to see more of them on-screen! 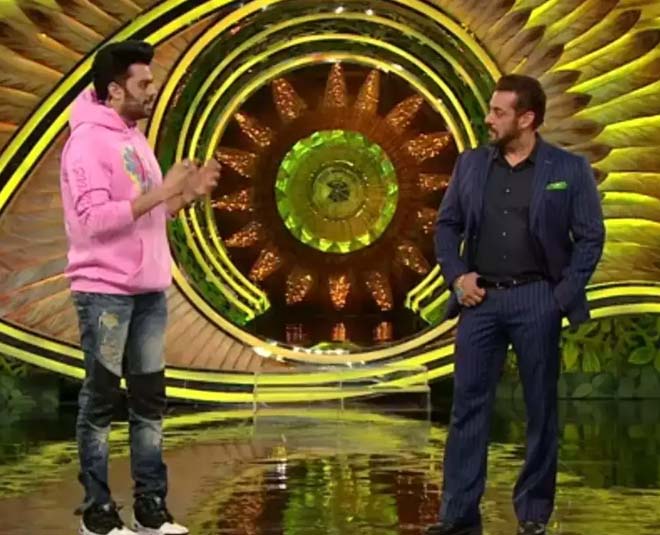 Talking about the double eviction, Salman Khan asks those inmates to recall their original names which were to be taken instead of Vidhi Pandya and Donal Bisht who ended up getting eliminated because of a stupid reason the inmates had thought of during the moment. It creates a huge hole in the relationships and leaves them wondering.

Jay Bhanushali And The Money Task

Salman Khan schools Jay Bhanushali on his hypocritical actions taking the money or dumping it for entering the house. With Jay ending up explaining his thought of action, Salman explains to the inmates how it is not their responsibility to save the prize money!

Read More- Bigg Boss 15: A Double Eviction And Nominations For The Jungle

The signature Akhada is brought back by Salman while Umar Riaz and Simba Nagpal are sent to the game. Simba scoring all the points takes the medal and takes a place.

Karan Kundrra And His Apology To Pratik Sehajpal

With the task to enter the main house that took place during the week, Karan Kundrra ended up taking Pratik Sehajpal to the ground with a smash. Addressing that, Salman Khan schooled Karan Kundrra on how he was wrong on the spot and Karan made a heartfelt apology to Pratik in front of the whole house which seemed highly appreciated by the host himself. 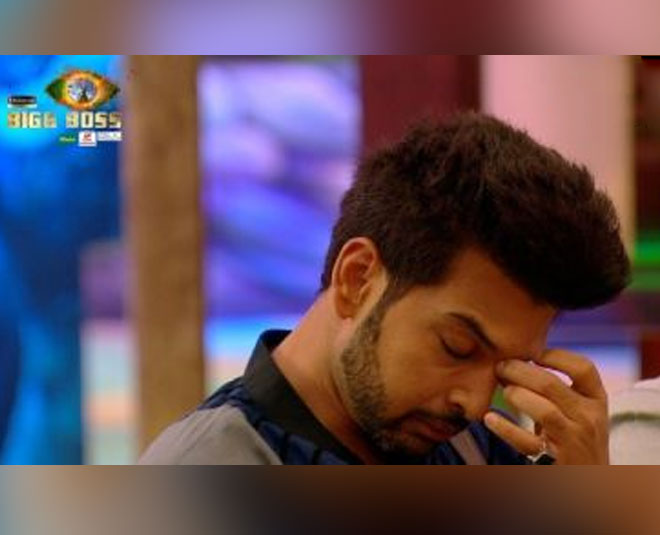 Balloons of those who have false narratives about each other or themselves, creating gaps and a glimpse of reality to all.

With the 2 assigned tasks completed, a third one had been assigned to Tejasswi Prakash, Afsana Khan, and Vishal Kotian on the black bull. It was truly hilarious to watch. Afsana Khan is a total delight on the show.

With the Weekend Ka Vaar coming to an end, no inmates were evicted from the house but a wild card entry is introduced to the audience and yet to be introduced to the inmates, Rajiv Adatia! How do you think the inmates are going to react? Let us know on our official Instagram page! Stay tuned to HerZindagi for more!