The Bigg Boss house is celebrating Salman Khan’s birthday with all the Christmas vibes and more! 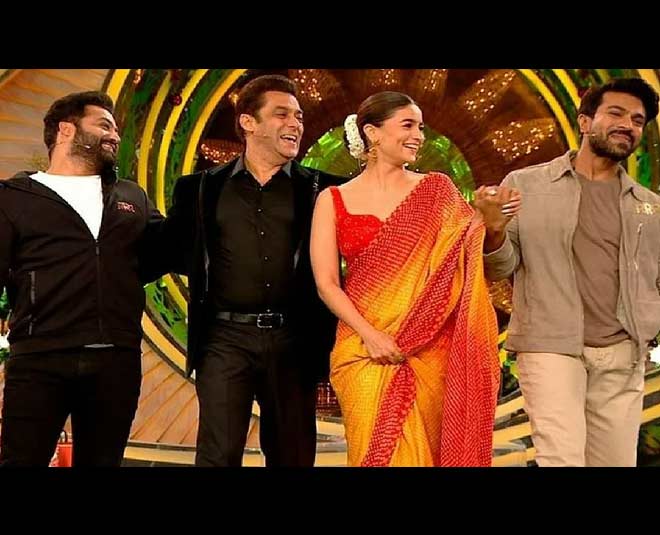 With the Weekend Ka Vaar dedicated to Salman Khan and his birthday celebrations, we spot Alia Bhatt entering with a bang!

Alia Bhatt enters the set of Bigg Boss with herself singing the birthday song for Salman Khan in her beautiful voice as she also allows Salman Khan to welcome the rest of the RRR gang, Ram Charan and N. T. Rama Rao Jr.

The three and Salman Khan also welcome S. S. Rajamouli, the director of RRR to the stage as they plan to play various games in order of the celebrations together.

What’s Up With Karan Kundrra?

As the Weekend Ka Vaar had already begun, Salman Khan later took up to Karan Kundrra and his behaviour towards Tejasswi Prakash throughout the week and also the task at hand. Karan Kundrra had a very different personality as we all saw in the earlier episodes of the week and he had a good talk with Salman Khan over the same topic, putting himself, Umar Riaz, and Shamita Shetty in the ring. 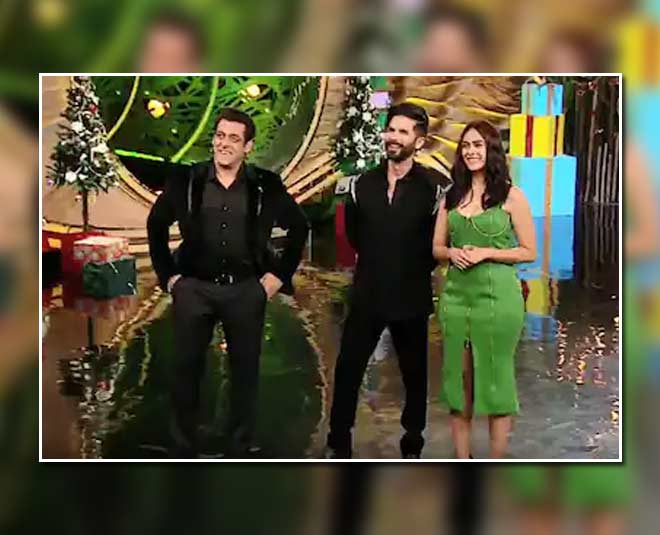 Shahid Kapoor and Mrunal Thakur made it to the set of Bigg Boss in order to celebrate Salman Khan’s birthday and promote their upcoming sports drama, Jersey with Salman Khan.

The two had a gala time with Salman Khan as they danced and played a quick game of giving away jerseys with the inmates of the house through the MeTV. 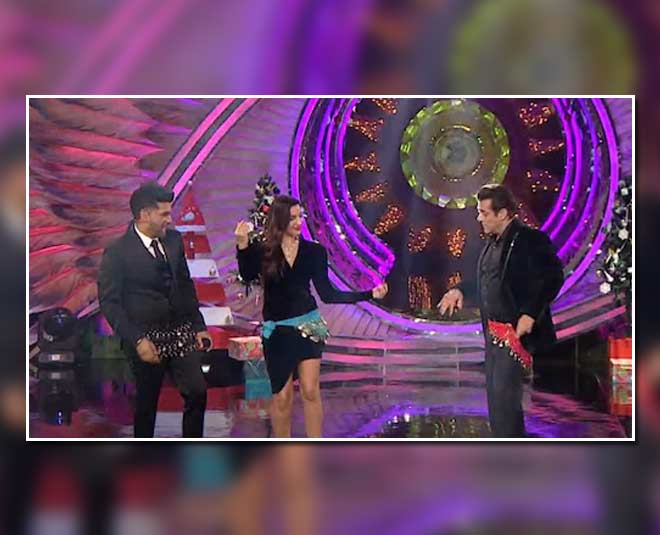 Nora Fatehi and Guru Randhawa made their way to the stage of Bigg Boss with their new single ‘Dance Meri Raani’ as a sequel to ‘Naach Meri Raani’ which was a super hit last year!

The two have fun with Salman Khan trying to copy the hook step of the song and enjoy the vibe.

As the two entered the house, they assigned the house with a task that involved the two biscuit boys, Pratik Sehajpal and Umar Riaz meanwhile some water to soak them wet with.

Nora Fatehi and Guru Randhawa also came with the Secret Santa that the house had prepared for but Rakhi Sawant and Shamita Shetty didn’t receive any gifts.

As the Weekend Ka Vaar ended, the two were seen making up by exchanging gifts with one another.

Earlier in the Weekend Ka Vaar, Rakhi Sawant made fun of Shamita Shetty’s shoulders. As a result, Shamita Shetty felt bad and was ready to leave for home. 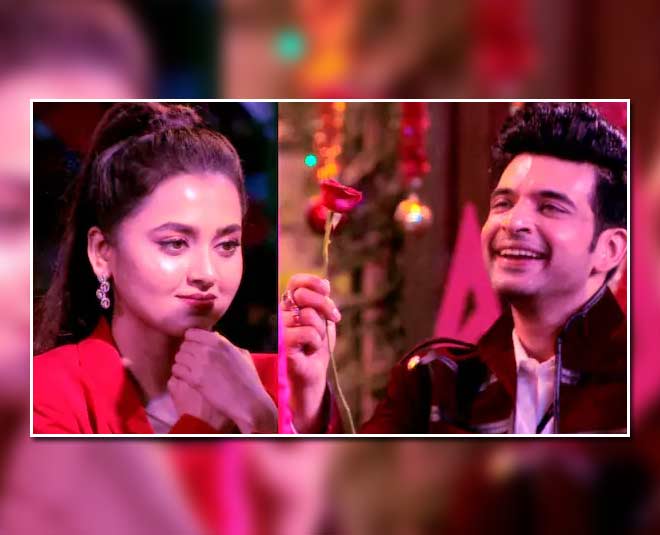 With Nora Fatehi and Guru Randhawa giving the inmates funny tasks in hand, Karan Kundrra was asked to share his sour candy with Tejasswi Prakash. While the two couldn’t normally just separate the candy, they had to share it without using their hands.

Karan Kundrra was also asked to propose to Tejasswi Prakash, his girlfriend, on behalf of Nora Fatehi as he hadn’t done it yet in their 12-week journey in the house.

The proposal was absolutely adorable as Tejasswi Prakash couldn’t help but blush the entire time! 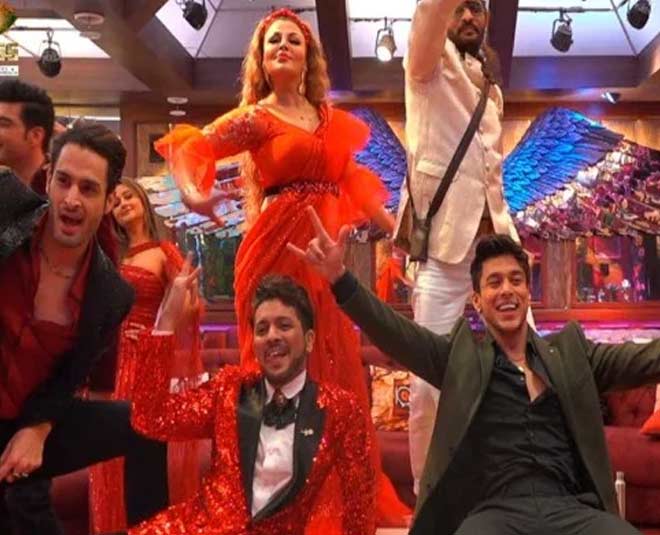 On the occasion of Salman Khan’s birthday, the entire house had a performance planned with courtesy to Salman Khan’s songs as they all performed in front of Alia Bhatt, S. S. Rajamouli, Ram Charan, and N. T. Rama Rao Jr.

The inmates also danced as Nora Fatehi and Guru Randhawa entered the house with a Secret Santa in hand.

With Nora Fatehi being in the house, there were no eliminations. As a result, none of the inmates were sent home this weekend!

We wish Salman Khan a very happy birthday and a prosperous life ahead!