Bigg Boss 15: We See A New Side To Simba Nagpal

With nominations for the 5th week, everything is at risk for all the inmates of the house and more!

Kamya Punjabi is yet to speak to the inmates as she picks up on Rajiv Adatia to speak to. She points out how disturbing it is to understand what they actually mean by ‘personal’ conversation and how it sounds on the outside while she talks to Ieshaan Sehgal telling him how he’s made derogatory statements towards Miesha Iyer and her character, as to what she has seen as an audience.

Ieshaan Sehgal is spotted getting angry and starting an argument in a rude tone to which Rajiv Adatia is seen interrupting. Kamya also points to Umar Riaz and confirms to him how he is very different from his brother, Asim Riaz, and how the audience can visibly see it!

Kamya Punjabi calls upon Nishant Bhat and strongly tells him how he could be the ‘mastermind’ and how he did it in Bigg Boss OTT successfully, but not here. While advising everybody, Kamya flips the coin at Tejasswi Prakash by telling the housemates how Tejasswi backbites about Karan Kundrra elsewhere when not with him.

After all the ex-contestants have left the house post giving their opinions and complaints, Miesha Iyer and Ieshaan Sehgal are in a tiff. Miesha is seen sobbing while washing the dishes as Tejasswi is trying to convince her to eat her dinner to which Miesha starts with the complaints against Ieshaan. 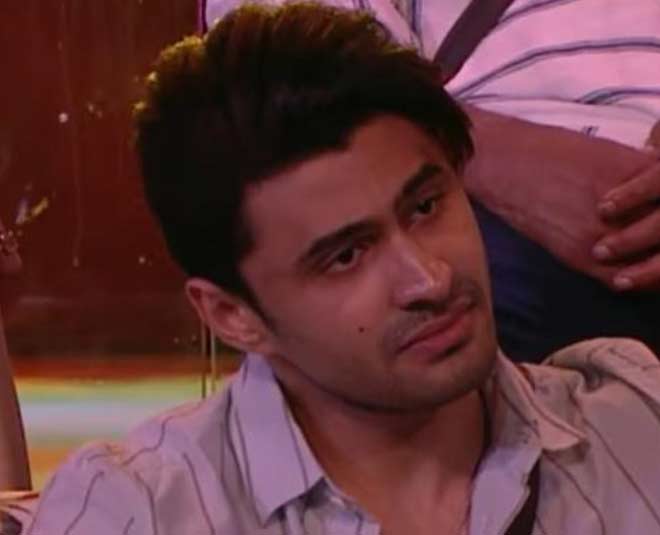 Ieshaan Sehgal felt on the tip of the knife after what Kamya Punjabi said while reacting to the same as Miesha Iyer didn’t take a stand as she didn’t want to. She felt exactly the same as to what Kamya had said and chose to remain silent, to which the silent fight came out wrestling in a no-eat zone for Miesha Iyer.

Post the silent fight, Jay Bhanushali and Miesha Iyer are seen having a conversation in the middle of the hallway about Ieshaan Sehgal and his priorities. Jay suggests Miesha play with her head and not her heart as Ieshaan was given an ultimatum by Rajiv Adatia as he entered the house, between Rajiv and Miesha, and he chose Rajiv, to which Miesha is seen heartbroken.

Miesha asks Jay if he will stand by the statement whenever needed, and he agrees, to which they end the conversation with a hug!

The morning has just started but the kitchen never stops in the Bigg Boss house! Rajiv Adatia points out how messy the kitchen area is at all times and is never cleaned, especially at night post-Nishant Bhat making food at midnight.

Tejasswi points out Simba for not fulfilling his kitchen duty for 3 days straight after which Pratik Sehajpal and Tejasswi Prakash get into a light argument.

Nominations For The Week

As 4 inmates were put into the safe zone by the ex-contestants of the house, they are first to take 1 name with mutual understanding to put directly to nominations, without the chance of performing the task. Jay Bhanushali, Vishal Kotian, Tejasswi Prakash, and Karan Kundrra take about 1 ad ½ hours to discuss and are ready to give an answer just as when Jay Bhanushali decides to change his vote, to which Bigg Boss gives 5 extra minutes and an ultimatum. 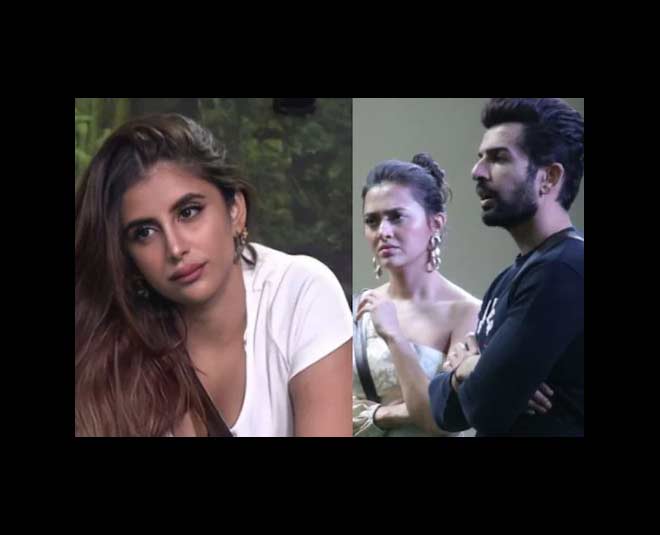 Miesha Iyer being on the verge of nomination or one of the immune 4 inmates, Jay Bhanushali had to choose himself and put Miesha Iyer in the nominations after fighting a long battle for his friend.

The nominations task was assigned to the rest of the inmates and had been begun, but as it was an individual task, the inmates decided to divide themselves into 2 teams of 4 each, helping them to subtract one from the other team in every round.

With the task on the go, Pratik Sehajpal is spotted being the first one to break the rules, to which the rest follow and the ‘sanchalaks’, Jay Bhanushali, Karan Kundrra, and Tejasswi Prakash had made a decision and gave Afsana Khan the first round of victory at which she nominated Simba Nagpal for the week.

At the start of the second round, Simba Nagpal is spotted getting violent against Umar Riaz and pushes him into the pool out of anger and for not following rules according to him. Umar is seen handling Simba Nagpal as he is angry and violent, even though he pushed Umar into the pool, it didn’t stop Umar from being the gem of a person that he is.

Simba Nagpal is seen in a whole new light and we spot a violent side to Simba. Things calm down for a while. As the buzzer rings, the ‘sanchalaks’ announce Simba Nagpal as the winner of the round and he declares he nominates Umar Riaz for abusing his mother and playing with no ethics, to which Umar is seen reacting with mimics and sarcasm.

Another Round Of Fight 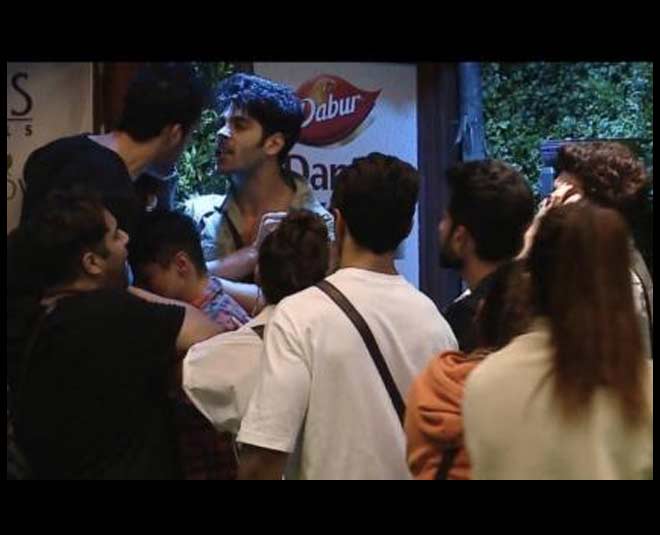 We spot Simba Nagpal and Umar Riaz getting into another brawl just seconds before the episode is coming to an end over the same comments, mimics, and sarcasm.

What are your views on Simba Ngapal’s violent behavior which is a new trait to his personality that we have seen through this 5-week journey as of now in the house? Let us know on our Instagram page, and stay tuned to HerZindagi for more!