Bigg Boss 15: Is The House Against Rajiv Adatia?

Bigg Boss house has a new cage inside the jungle, guess who’s inside?

With a new cage being installed in the indoor jungle of the Bigg Boss house, the non-VIPs are seen having a debate on who gets to go inside as a punishment.

With debate as the sole reason and way to send an inmate to the cage, Rajiv Adatia is the last one to be left in the debate with Simba Nagpal.

Rajiv Adatia earlier is seen being convinced by Vishal Kotian and Umar Riaz into stepping into the jail for more footage and TRP purposes. Little did they know, the person entering the cage will not be allowed to participate in any tasks allotted to the non-VIPs to enter the VIP category of the house.

With Rajiv Adatia going into the cage, he is seen being upset and having remorse over his unthought decision of making it into the cage on the convincing of Vishal Kotian and Umar Riaz. He is seen having an emotional moment as he is put into the cage and is losing belief in his friendships over the same. We surely did feel bad for him!

With Rajiv Adatia being in the cage, the food seemed to have been distributed unevenly, excluding him out rather than forgetting him altogether which was surely a big deal for him! He was left out of the curd distribution of curd and surely felt being left out!

Task For An Upgrade

The VIP members were given a task where they could get a chance to upgrade their status in the VIP zone wherein Rajiv Adatia was left out of the gang again. With him being in the cage, he wasn’t allowed to be a part of the task either.

The task had a good head start but ultimately Pratik Sehajpal and Karan Kundrra got into a fight due to Karan Kundrra cheating his way through the win.

Karan Kundrra was seen picking up extra items to carry more weight in the basket allotted to him in order to win the task and the upgrade planning 2 more rounds the same way, which was accidentally caught by the rest of the housemates. 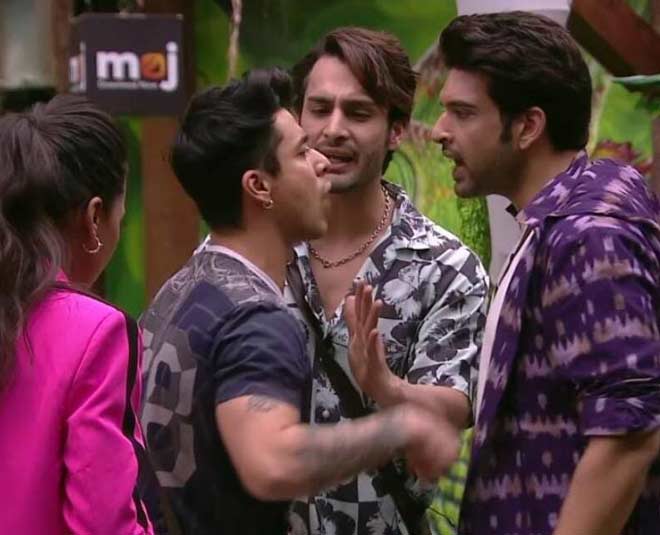 Pratik Sehajpal saw the shifting objects and ranted out Karan Kundrra while Karan Kundrra made a fuss about it and broke his basket himself with force.

The fight lasted for a while, eliminating Karan Kundrra from the following round!

Who according to you is going to win the upgrade from the VIP members in the Bigg Boss house? Connect with us on Instagram and let us know! Stay tuned to HerZindagi for more!