Bigg Boss 15: Here's Why Neha Bhasin Had A Breakdown!

Here’s about what led to Neha Bhasin’s breakdown and anger at Pratik Sehajpal and Nishant Bhat!

With a fight regarding ration and duties, everybody is seen being assembled in and around the kitchen area whereas Simba Nagpal is spotted sleeping aside in the corner.

Neha Bhasin, already having a bad day, is a part of the final discussion regarding the duties while Pratik Sehajpal and Nishant Bhat are seen trying to sort it out for everybody.

With Pratik Sehajpal disrespectfully talking to Neha Bhasin, she doesn’t seem to like it and has had a fair share of it in the previous Bigg Boss season too.

Neha is seen voicing her opinion in a much louder and aggressive way, to which Nishant takes out in much anger by throwing a dustbin across the floor and is seen shouting. Pratik and Neha’s matter is something that is much more private to be discussed out in the open according to Nishant Bhat.

After which the housemates disperse from the indoor kitchen and are found in different places. Neha Bhasin, after relaxing for a bit, rushes towards Pratik and Nishant in anger and lashes out, pushing them in anger. She broke down here in anger and emotions to which nobody had any answers.

Other housemates settle down the matter and it is all back to normal for everybody. Being Neha Bhasin’s birthday, the fellow inmates prepare something sweet with candles to blow for her while she is sobbing around in a corner. Pratik Sehajpal is seen hugging her but things aren’t as normal as they should be!

Most of the day of the inmates of the Bigg Boss house was spent in the ration and kitchen duties because of Tejasswi Prakash and Rajiv Adatia as they don’t seem to get together really well when it comes to the kitchen department. 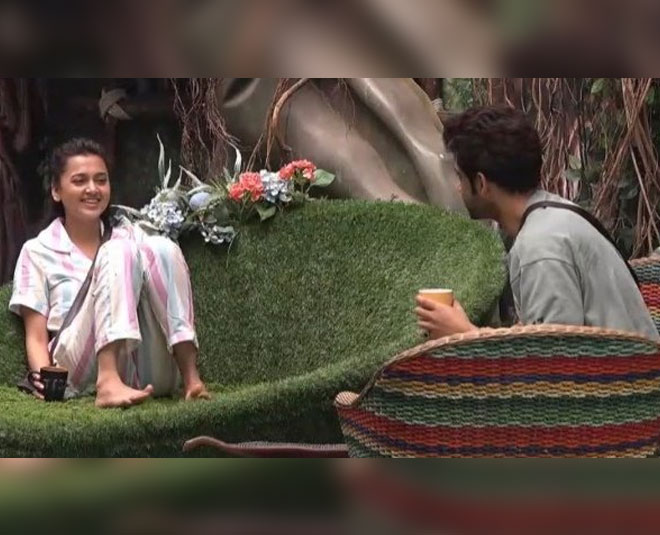 Karan Kundrra is seen being insecure about Tejasswi’s relationship with Vishal Kotian, which has been in a building process lately and could be a potential problem for the two of them later in the game. Maybe Karan is just overthinking or it is more than that? We’ll just have to see more of Bigg Boss to know more!

In a conversation with Rajiv Adatia, Tejasswi confesses to having a liking towards Karan Kundrra and we couldn’t be any happier!