Everything that happened in the Bigg Boss 14 house when Farah Khan entered. From schooling Jasmin over her attitude in the house to asking Eijaz to gi... 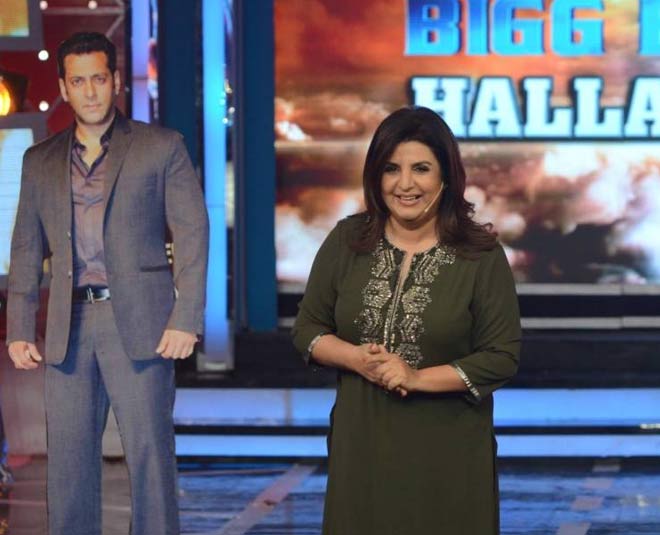 Bigg Boss 14 has begun with its twists and turns and interesting weekends and this time it was the entry of Farah Khan that shook up the inmates. Farah, who came with two journalists Amith Tyagi and Charrul Malik, grilled each contestant for their respective performances in the house.

Like everyone, all of the contestants tried to justify their respective behaviours but Farah is not the one who takes it all well. It started with Eijaz Khan. She took up all the issues related to him be it his relationship with Pavitra Punia, his camaraderie with Kavita Kaushik or his attitude inside the house. The ace choreographer even asked Pavitra to sort it all out with Eijaz.

Talking about Kavita Kaushik and Eijaz, Farah pointed out to Kavita that her fight with Eijaz was unnecessary. 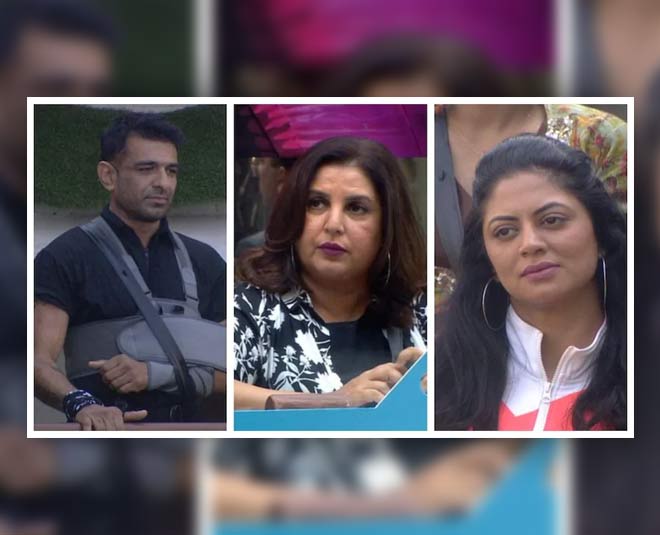 Charu Malik on the other hand did question Eijaz that what is with his difference in personality outside the house that he is known for and now what is inside, a side that the masses are getting to see.

Taking up Jasmin's case involving Eijaz, Farah took the former's class for being plain 'vanilla' in the house. She also told the actress that to people it looks like she is targeting Eijaz Khan by picking up on a factor like his age. 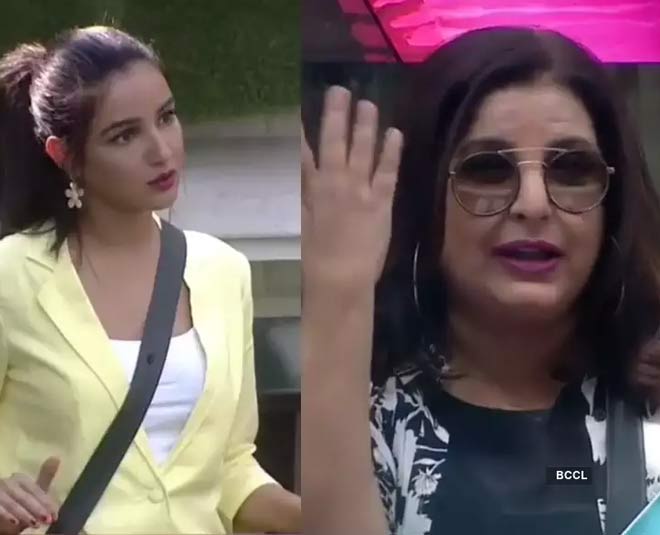 Howverem in her defense, Jasmin Bhasin said that 'Vo bhi thode thode pange lete hain (He also picks on fights)'. She also highlighted that she did make a sorry card for Eijaz with her lipstick and apologised several times. But Eijaz said that he never found it "genuine."

Farah asked Jasmin to be a bit more alive on the show and not consider the house as a daily soap and make it a sob show. She asked the actress to bring in some entertainment to keep the people glued and play her role in the Bigg Boss show which is all about masala.

One major surprise that was announced in the midst of this all is that all the inmates shall be living together now and all the facade around red and green zone will be dissolved.

Meanwhile, Aly Gony tested negative for COVID 19 so he is finally with everyone so we are hoping that he will not lose his cool again as he did have major setbacks out of frustration. He had even refused to have food and wear the mic, asked Bigg Boss to let him go and even threatened to break the glass of his isolation room.

In another segment of the show, Rahul Vaidya became pensive, admiring Jasmin and Aly's relations. He opened his heart with Nikki Tamboli, expressing his wishes to have something similar with a person in the house. But it in a way backfired as Nikki got upset thinking that Rahul is talking about her indirectly. She broke down into tears which made Rahul console her. He tols her that he cares for and feels a lot for her as well.

In this house of twists and turns, what are you expecting next? Who do you think wil win this game in the end?

Stay tuned to HerZindagi for more on Bigg Boss 14.