Bigg Boss 13 Grand Finale: Shehnaz Gill Reminds Sidharth Shukla That He Said I Love You To Her, Paras Leaves

;atest evictions, Sidnaaz love, memories that you may have missed at Bigg Boss house! 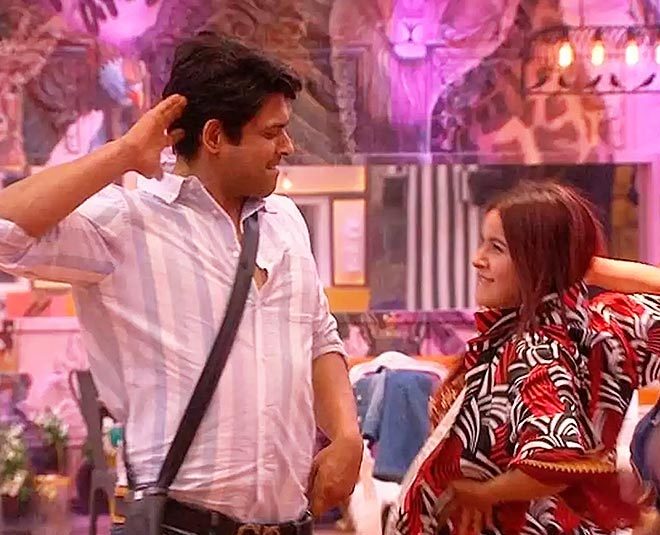 With the Grand Finale of Bigg Boss 13 taking place today, all journeys will come to an end. The five month-long stay was no joke for any contestant. There are many predictions as to who will win the game with some rooting for Sidharth Shukla, some for Rashami Desai and some for Asim Riaz. Shehnaz as per many mindsets may not win as she has already been given a show for herself called "Mujhse Shaadi Karogi", which will air on Feb 17th. The final contestants left include Sid, Shenaz, Rashami, Asim Riaz and Aarti Singh. Amidst all this when everyone's journey so far was being shown many emotional moments came in. It also showed how the contestants survived so long.

One of the moments that took place in the house was when Shehnaz's journey was being shown. She could not control her laughter. What made her laugh even more was when she saw herself crying and being violent. She thanked Biggg Boss for the clipping and later she went on to remid Sidharth that: "Tune mujhe bola hua hai ‘I love you’ aur ‘I like you’ dono. Ek baar nahi kai baar. To ab bol diya kar, Ye nakhre dikhane ki zarurat nahi hai." Rashami Desai was happy to watch her own journey and later celebrated her birthday with the housemates.

Speaking of Asim Riaz, Bigg Boss announced that the celeb has gained immense popularity not just in India but on foreign shores as well. Asim hails from Jammu and was also the least popular contestant who shot to fame with his incredible game. It was his outstanding performance which gave him this much popularity.

Next up was Paras Chhabra, who got very emotional with his journey in the Bigg Boss house. Even a fan of his yelled ‘I love you’ at him, and he yelled back with an ‘I love you too’. He wiped his eyes and then stepped down the stairs with his fav line: "Mai hu aabra ka dabra Paras Chhabra,” before getting back inside the house.

According to a report by Spotboy, Paras Chhabra has left the show with an amount of Rs 10 lakhs. This time the prize money has been doubled to Rs 1 Crore.

Like every season, this time a bag of money was brought to the house and each and every contest all the contestants were given a chance that they can get out of the show with this amount. It was Paras who picked it up.

Latest news: Arti Singh has been evicted from the Bigg Boss housee!