Aryan Khan was detained by NCB on 3rd October along with his friends, Arbaaz Merchant and Munmun Dhamecha.

Shah Rukh Khan's son, Aryan Khan was in custody after the drugs raids on a cruise shilp party by the Narcotics Control Bureau (NCB). This incident took place on 3rd October and ever since then, 23-year-old Aryan Khan was in jail.

Even after Aryan Khan's lawyers repeatedly arguing in his case, his bail was rejected twice.

Aryan Khan has finally been granted bail by the court and he will be walking out of Mumbai's Arthur Road jail soon.

Not just Aryan Khan but the co-accused,  Arbaaz Merchant and Munmun Dhamecha were also granted bail.  Justice N W Sambre said,  “All three pleas are allowed. I will pass detailed orders by tomorrow evening.” However, the accused will not be released from jail tonight.

On October 2nd,  Narcotics Control Bureau (NCB) raid Cordelia, a cruise ship which was bound from Mumbai to Goa. During the raid, they seized 13 gm Cocaine, 5 gm Mephedrone, 21 gm Charas and 22 pills of MDMA or Ecstasy and a case was registered.

Among the many detained were Aryan Khan and his friends, Arbaaz Merchant and Munmun Dhamecha.

The NCB claimed that Aryan Khan's phone had photos and chats that hinted at an international drugs trafficking. The court further remanded them in custody till 7th October. 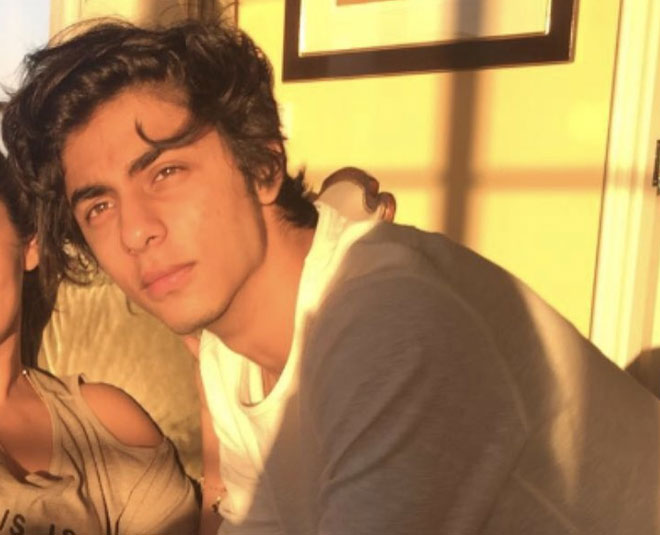 It was on 7th October that Aryan Khan seeked bail but the plea was rejected. The Magistrate stated that the plea was not maintainable before it.

Aryan Khan then seeked bail before a holiday sessions court claiming that no drugs were recovered from him and he was falsely implicated. Aryan Khan's advocates seeked an urgent hearing of his bail plea. The court asked NCB to reply on 13th October. Further, the bail application was rejected and Aryan Khan was sent back to jail till 20th October.

The third bail plea filed by Aryan Khan took place today. ASG Anil Singh for NCB shared that Aryan Khan was not a fitst time offender. He is a regular consumer of drugs and there is a lot of evidence to prove the same. ASG Anil Singh said, "Aryan has been in contact with drug peddlers. There is a reference of bulk quantity and commercial quantity of drugs."

Senior Advocate, Mukul Rohatgi, for Aryan Khan said, "There was no recovery from my client. Though my client says he was not aware of what Merchant was carrying. But what is being put on my client is commercial quality through conspiracy."

Don't Miss: Aryan Khan Is Now A Graduate, Here How Much SRK's Family Is Educated

R. Madhavan tweeted, "Thank god . As a father I am So relieved .. … May all good and positive things happen."

Congratulations to #AryanKhan and to the other accused for getting bail. I’m so happy that it was finally granted, bro @iamsrk Bhagwan ke ghar mein der hai andher nahi. You have contributed hugely to the fraternity. God bless both you and your family. 🙏🏼 pic.twitter.com/nF5omCTyAg

Filmmaker Hansal Mehta tweeted, "I want to have a blast tonight!
Suchitra Krishnamoorthi tweeted, “Glad to hear #AryanKhanBail has been granted. Request a central investigation into the conduct of #NCBRaids & arresting officer #SameerWakhede. Legal Powers should not be abused for personal gain."
Shanaya Kapoor took to her Instagram handle and shared a childhood picture with Aryan Khan and added a heart emoji to it.
Fans Celebrate Aryan Khan's Bail
Shah Rukh Khan and Aryan Khan fans are celebrating the latter's bail on Twitter. Have a look at some posts -

Gonna have a BLAST today

SRK must give it back to gosavi and wankhede in his own style....They must remember till their life that they touched the wrong guy.#ShahRukhKhan#AryanKhanBail

Bail not jail should ALWAYS be the guiding mantra for cases such as these. As #AryanKhan gets bail, spare a thought for the thousands of undertrials languishing in jail for years #AryanKhanBailhttps://t.co/JkAkzn7aFU

Thank you to Justice Sambre for restoring our faith in the law & order of our nation.
Thank you to our Lawyers Mr Rohatgi, Mr Desai & Mr Manishinde for fighting this case with the best of their abilities! #WelcomeHomeAryanKhan#AryanKhanBailpic.twitter.com/4Jk0IfO12b

That's not all, fans have started trending "welcomehomearyankhan" hashtag on Twitter after his bail announcement.

According to a report, when the bail news first broke, Aryan Khan's mother, Aryan Khan couldn't stop crying as she spoke to her close friends in the industry Seema Khan and Maheep Kapoor. A lot of SRK's friends from the industry including Salman Khan, Akshay Kumar and Suniel Shetty called him after the bail news broke to congraulate him.
What are your thoughts on Aryan Khan's bail? Share with us on our Facebook page. For more such stories, stay tuned!