An Expert Guide On How Christmas Tree Can Help Remove Vastu Doshas! 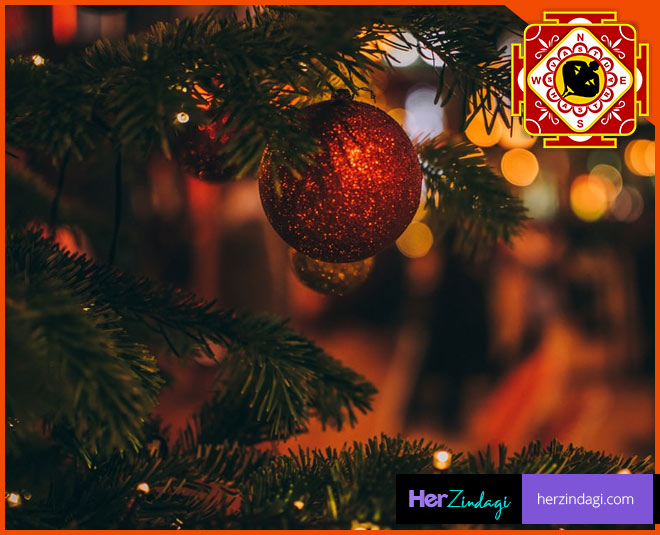 Christmas is the season of cheer & happiness. While it commemorates the birth of Jesus Christ, the merriment is not confined only to certain parts of the world or to certain communities. Dr.Raviraj Ahirrao, Co-Founder, Vastu Raviraj, says that dissolving the religious implications, it is a universal festival, where globally every person participates and wishes good tidings for family and friends. In fact, the Christmas tree has a special place in most homes despite the tradition that these belong to.

You also find, beautifully decorated trees in offices and commercial places during this season. Traditionally one of the best and the universal example of cheer and positivity, the Christmas Description: tree is usually an evergreen conifer, such as fir, pine or the spruce.

It is installed on the eve of Christmas i.e 24th December and has to be retained for at least 12 nights and is to be displaced on 5th January. In the modern era though, the tree has become a commercial entity and artificial trees made of PVC and plastic is making way for the original ones which is highly hazardous to our ecosystem.

But the original Christmas trees, have tremendous spiritual values with lot of mythological connections. There are several stories of it from different countries of Europe. In some texts it is called as the " tree of Paradise". The word "paradise" means self-sufficiency in every way! In some of the ancient texts it is also referred, "Christmas tree - true Symbol of God Jesus”. While trees are an integral part for the survival of the planet, they have played a significant in many of the world's mythologies.

They have been given deep and sacred meanings throughout the ages. Human beings, observing the growth and death of trees, and the annual death and revival of their foliage, have often seen them as powerful symbols of growth, death and rebirth. Evergreen trees, which largely stay green throughout these cycles, are sometimes considered symbols of the eternal immortality or fertility. We have seen the image of the Tree of Life or the World Tree occurs in many mythologies.

In Hinduism, Buddhism & Jainism, the banyan tree and the sacred fig (Ficus religiosa) have had coveted roles. In the Jewish tradition, the Tree of Knowledge of Good & Evil and eating of its forbidden fruit represents the mixture of good and evil of together in the human psyche.

The Christmas tree in particular, has a big history of decoration. It is decorated with Fruits, flowers, lights, candies, chocolates, pastries, toys, glass & plastic beads -  artifacts , clay models . Above all it is also decorated with Spiritual symbols, images & idols. Most prominent or on the top of this tree it is highly essential to place the Angel Gabriel or the Star of Bethlehem",  which is mainly responsible for cleaning of negative energy or forces.

According to Vastushastra, the Indic science of spaces, it has tremendous values and one could use the tree to bring in positivity at your residence or your workspace. Here are some tips by Dr.Raviraj Ahirrao, Co-Founder, Vastu Raviraj, for the same:

It should be placed in the North direction of our premises. However, it is also allowed in North-East and East as a second option. At times due to space constraints, it can be slightly extended to North-West and southeast respectively.

After Christmas (5th January onwards) it can be replanted into nature and provides the best quality feed for goats. At the same time, please keep ourselves away from artificial Christmas trees to safeguard our ecosystems. And bring in Christmas tree to enhance your luck- fortune and health with a positive attitude.