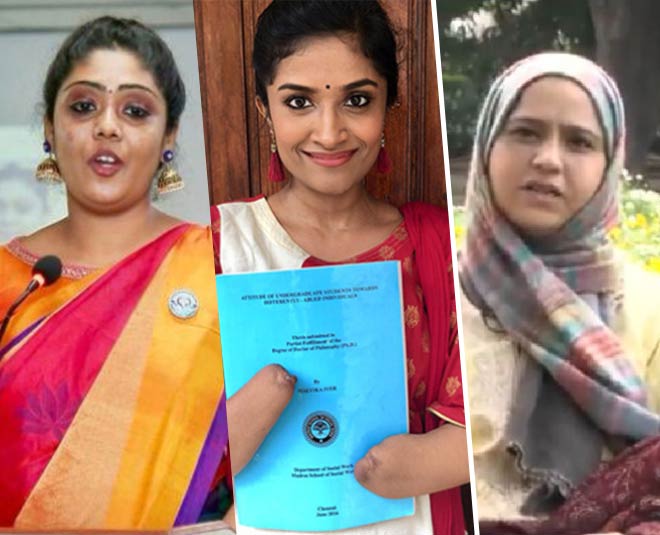 This Women's Day was special as earlier this week PM Modi has announced that he will be giving up his social media handles to inspiring women for the day and it really happened! It was handled by 7 women from different walks of life. From a food activist to a Kashmiri activist to a bomb blast survivor, women took on the wheel and handled his social media accounts. Meet the seven women.

Sneha is a Chennai-based food activist, who was the first one to take over the PM’s account on Sunday morning. She is the Founder of Food Bank India and is working on having a hunger-free planet. In her NGO, poor to get to have home-cooked food which are packed in containers and then distributed by a small team, in cars and autorickshaws.

You heard of food for thought. Now, it is time for action and a better future for our poor.

Hello, I am @snehamohandoss. Inspired by my mother, who instilled the habit of feeding the homeless, I started this initiative called Foodbank India. #SheInspiresUs pic.twitter.com/yHBb3ZaI8n

I believe that education is indispensable for change. We need to sensitize young minds about discriminatory attitudes. We need to show people with disabilities as role models instead of showing them as weak and dependent. - @MalvikaIyer #SheInspiresUs

A bomb blast survivor, Malvika Iyer lost her hands and damaged her legs in the grenade blast which took place in her home in Bikaner in 2002. At the time, she was just 13 years old. She was bedridden for over 18 months and had to go through multiple surgeries for over two years. She has since then been a disability rights activist, a motivational speaker, and also a model striving to make fashion accessible to all.

Acceptance is the greatest reward we can give to ourselves. We can’t control our lives but we surely can control our attitude towards life. At the end of the day, it is how we survive our challenges that matters most.

I always dreamt of reviving the traditional crafts of Kashmir because this is a means to empower local women.

I saw the condition of women artisans and so I began working to revise Namda craft.

I am Arifa from Kashmir and here is my life journey. #SheInspiresUs pic.twitter.com/hT7p7p5mhg

She is a Kashmiri activist who is hell-bent on reviving the traditional Namda crafts of the region. She tweeted through Modi's account: "When tradition meets modernity, wonders can happen. I experienced this in my work."

“It is designed to suit the modern-day market. My first business activity was participating in an exhibition of handmade items in New Delhi. This exhibit attracted a good clientele and a turnover,"she added.

Don't Miss: Meet Kamala Sripada, The Bride Who Walked Side By Side With Groom

Be a warrior but of a different kind!

Be a water warrior.

Have you ever thought about water scarcity? Each one of us can collectively act to create a water secure future for our children

Here is how I am doing my bit. @kalpana_designs pic.twitter.com/wgQLqmdEEC

Ramesh is a Hyderabad-based architect, who runs a city-based project to conserve rivers and lakes. She has also collaborated with the government and forest authorities with the purpose of conserving water.

Vijaya is an artisan from the Banjara community of rural Maharashtra. She was the fifth woman to take over Modi’s social media account. She tweeted: "You have heard about handicrafts from different parts of India. My fellow Indians, I present to you handicrafts of the Banjara community in rural Maharashtra. I have been working on this for the last 2 decades and have been assisted by a thousand more women.”

She is an activist who campaigns against open defecation which is an issue PM Modi has taken up seriously amongst his initiatives. She is a mason who hails from Kanpur and strives on building toilets across the lower-income households in the city.

Veena is an organic farmer and grows mushrooms at home. She has been at it for several years now. She has taken up some unique farming-at-home techniques. Veena has been encouraging many other women to grow mushrooms in a similar fashion.