6th Anniversary Of Nirbhaya: Learn Self Defence, Be Self Sufficient!

Nilesh Prabhulkar, Founder, Swarakshan trust and India Wing Chun Academy, tells us on how important self-defence is today when even after the Nirbhaya... 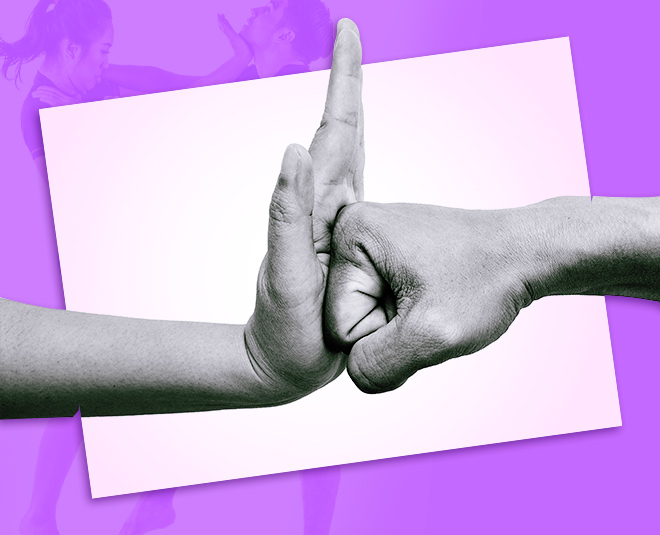 From #METOO to #nipitinthebud, Nilesh Prabhulkar, Founder, Swarakshan trust and India Wing Chun Academy, tells HerZindagi on how important self-defence is for every woman today especially. It was 6 years ago when the Nirbhaya case happened. At the time, not just the India but the world over was shaken. But how has the country changed today? Are women any safer? Can we easily walk on the street without fear? No! The only answer today is that we become self-sufficient, learn how to defend ourselves and instil fear in the men today who dare to cause harm.

Crime against women is becoming everyday news. Words including sexual harassment, sexual assault and rape are read and heard far too often. The situation is already alarming and there is lot more that still needs to be done than just sitting in the comfort of your home and listening to stories of victims.

Although women are showing courage to come forward to report such cases, the question remains, how long women will continue to be ill-treated? How long will they allow themselves to be subjected to such treatment? These crimes against women can’t just be looked at as ‘being at the wrong place at the wrong time’. 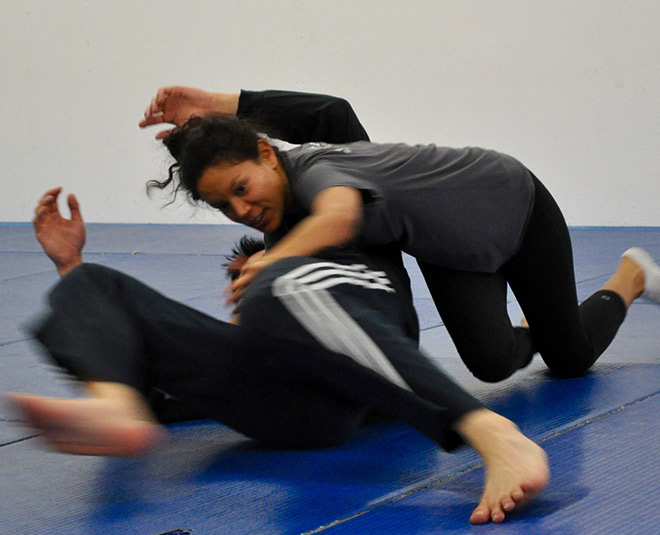 Often when a woman faces harassment, she is caught off guard. Nervousness, lack of confidence to fight and fear of being physically overpowered makes her even more vulnerable. A lot of the preventive measures that a woman instinctively comes up with when faced with such a situation are merely soft skills. They may work to stop the predatory action at the primary stage; but when the situation becomes grave, good physical defence techniques can come handy to effectively deal with it. Such skills can help create that crucial window of just a few minutes to escape the scene and save them.

Which Martial Art Should One Learn? 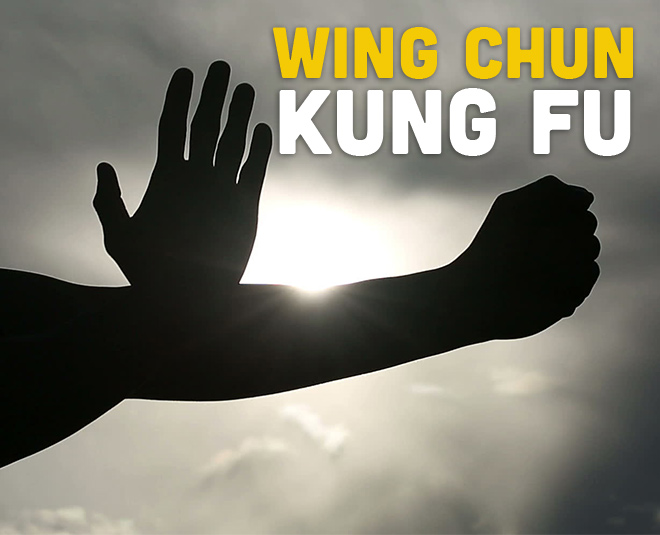 Martial Art training is one crucial skill, which gives the confidence, courage and calm focus to deal with threatening situations. There are many martial art styles and schools around the world. While some martial arts claim to be similar to a military system, others may require women to go through hard physical training such as breaking bricks, doing splits or kicking in mid-air. Not everyone can endure such rigorous training. Almost all martial art systems were created by men and for men, i.e. the underlying principle being 'defeating strength with superior strength'. Hence most women have to fit themselves in the self-defence systems, which were tailored for men and not for women.

Wing Chun kung fu- the only martial art in the world, created by a woman. According to one legend, after being inspired by witnessing a crane and a snake fighting, Ng Mui, a Shaolin Buddhist nun and abbess, incorporated their movements into her style of Chinese kung fu to form a new, yet-unnamed martial art system. Ng Mui later took on a disciple, Yim Wing Chun, and passed the art on to her. Yim Wing Chun was well known for her beauty and sold tofu for a living. A local bully tried to force her to marry him, but she used the art to defeat him.  Some accounts claim that Ng Mui taught Yim the art specifically for the purpose of defending herself against the man's unwanted advances. The art form later came to be known as Wing Chun, named after Yim Wing Chun.

How Does It Work?

Born out of a harassment situation itself, Wing Chun training method draws upon the deeper feminine skills of sensing and feeling the opponent’s hidden intentions, which most women innately possess. Wing Chun enhances this skill further and combines carefully selected core concepts of combat &amp; body mechanics to create a complete self-defence martial art system and does not rely solely on brute physical strength.

It combines the ferocity and focused strikes of the crane with the supply free flowing energy of snake but it also maximizes the impact by using body mechanics. It doesn’t require any special clothing or dress and it can be applied equally well with everyday clothing. Anyone, be it man or woman, can learn Wing Chun and it can be adapted by any kind of body-frame.

Hence Wing Chun is must learn a system which teaches today’s woman to fight back not like a man, but like a woman with the skills specially created by a Warrior Woman. A self- defence technique for closed and open spaces Wing Chun’s strength lies in this ability to fight in close range combat. It’s highly effective in confined spaces such as elevators, washrooms, staircases, shady corner of a street and narrow corridors to name a few. Wing Chun techniques are designed to defend and attack not only in tight spaces and at times even in semi or complete darkness.

Read More: No! Your Clothes Do Not Define Consent For Physical Relationship!

Although a woman designed it, Grandmaster Ip Man brought it to the public in the ’60s in Hong Kong. One of his most prolific students was the great Bruce Lee. Today, millions of men and women are practising Wing Chun across the globe.

From #METOO to #nipitinthebud With the #METOO movement gaining momentum, it's heartening to see numerous women coming out in the open and voicing their experiences. Now is just the right time for women to empower and equip themselves to handle the sexual crimes against them effectively and bring out the warrior woman.