Divorce Can Lead To Depression & Alcoholism In Women, Here’s Its Impact

The cases of divorce are increasing, hence it is important for women to understand alcohol is not the way out by knowing its impact. Divorce is something, which can break an individual from within. Divorce can wreck the mental condition of a person, leading to various problems in one's life. Suddenly one feels the meaning of life is lost. This cruel system also makes an individual very vulnerable. Irrespective of gender, each individual faces a loss of companionship. A sense of failure is at the back of the mind of each individual who faces this situation. However, it is good for one’s health and brain to leave a toxic relationship and take a stand for herself, despite all the odds. But, on the other hand, she should also keep in mind, the process shouldn’t turn out to be lethal and ends up putting her in another toxic relationship, this time with herself.

Hz exclusively spoke to Aditi Sinha, an internationally recognised clinical psychologist counsellor, and the lead counsellor at Souls Connect. “More and more women are standing up for their rights and for their happiness. While it is a great thing, no one actually tells them how to logically deal with such a tough situation, without hampering their mental and physical health with medicines and alcohol. It is vital to know because hardly people will help. The society, on the other hand, stands like a sentry, watching each movement of the individual, who already faced the trauma of separation and, instead of empathising with them, the society takes the position as if to penalise them with no fault of their own,” said Aditi.

Don't Miss: Bottoms Up: Know What Those Pungent Alcoholic Drinks Do To Your Skin 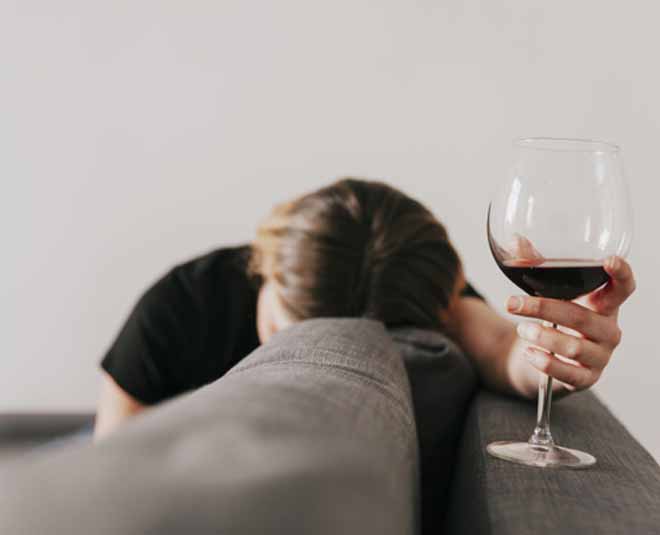 There are many, who still think that women and alcohol have nothing to do with each other. But, the fact that there is a full-fledged bar specifically running for women, proves that this is nothing but a patriarchal mentality of the society. It is imperative to face reality and then only one can help people around them from problems like alcohol abuse amid divorce or other life problems.

“Our country has always been biased toward female drinking owing to the negative experiences of male binge drinking. However, the percentage of women drinkers is consistently on the rise. Though this can be seen as a sign of empowerment, these number also has the potential for social-economic damage if they cross the line. Excessive drinking is bad for all people. Alcoholism in women can disrupt health, familial, and social structure. Everyone has the right to enjoy a drink, but both genders must be responsible about their alcohol consumption,” said Aryan Solanki, founder of LiqHub, special liquor shop only for women. 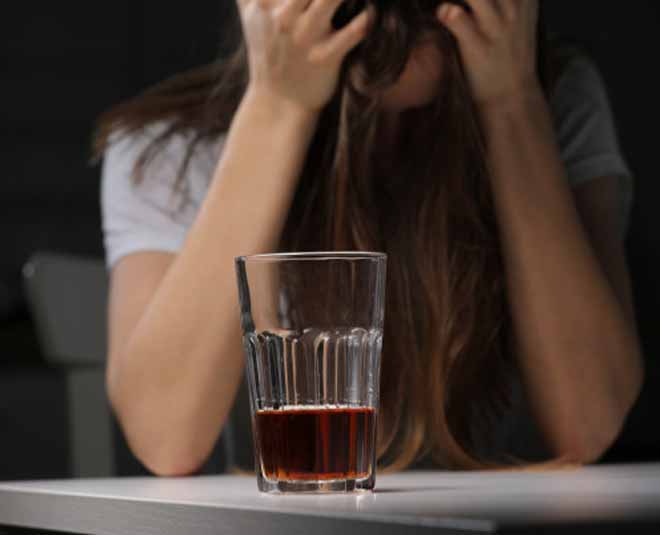 Divorce actually takes a toll on the physical as well as the mental health of the person. "The vulnerability of the individual makes them prone to different ways of handling the situation. A few just live their lives as if nothing has happened, but most of the people cannot take it in their stride," said Aditi.

"The men not being able to share their feelings openly, often go into a shell and some act it out by living normally to show the world, they are not affected by divorce, trying to prove that they are the strongest one. But women suffer the most. A sense of guilt, shame, loss, failure, everything just hits them hard and they are broken from within. This situation leads to different kinds of adaptation. A loss of shelter and loss of family can drive a woman crazy," she added.

The clinical psychologist counsellor also explained how divorce combined with alcohol can take a toll on a person's health. Here are some of those pointers:

Divorce gives rise to depression, which leads to different kinds of compensations in forms of addictions (how to deal with depression). It is a fad these days, especially with women, to prove their mental calmness by taking to alcoholism. They fail to understand that alcohol combined with depression is a lethal combination. 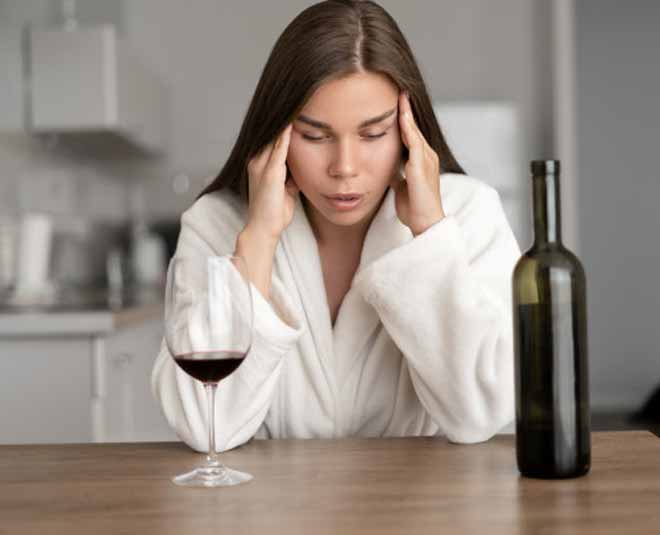 Alcohol seems to be the easiest way to opt out of bad memories. This is certainly misleading, but a difficult issue to explain to those affected. Women who take to alcoholism, think they can forget the past easily and can sleep over the issues. They do not realise, that sleep after consuming alcohol is very superficial. Disturbed mental state along with alcohol gives migraine and later on with constant consumption will bring in other health issues like hypertension, cancer and also give rise to different psychosomatic disorders.

Most women are under the wrong notion that alcohol relieves one from the trauma of separation, but it actually worsens the mental and physical condition. The sad part is, the easy access has supported feminism, no doubt, but this has also endangered the lives of women who think feminism is associated with alcoholism. Education has not helped them to understand the negative side of the addiction. It can affect the sleep pattern and give rise to hypertension, heart issues, and also cancer. Alcohol is actually a depressant and it affects one's thoughts and actions. It takes a toll on mental as well as physical health. Dependence on alcohol creates a disaster in normal life. An individual who is already depressed due to divorce starts thinking alcohol can save them from their mental torture, but it is the opposite that happens. Depression itself is a mental illness, which is worth the concern. Alcohol can only aggravate this state of mind. Instead of coping with depression and separation, alcoholism just devastates the person. Escapism through alcoholism is a negative approach. The faster they realise, is better for them. It is best to consult an expert and surround yourself with people, who actually care for you, during such tough situations. The important thing to remember is, don’t fall prey to momentary satisfaction.