Suhana Khan Shows Off Her Love For White, Looks Like A Diva In Latest Pictures!

Suhana is the new merging diva honing her acting skills for her big debut in Bollywood someday and we can't keep calm! 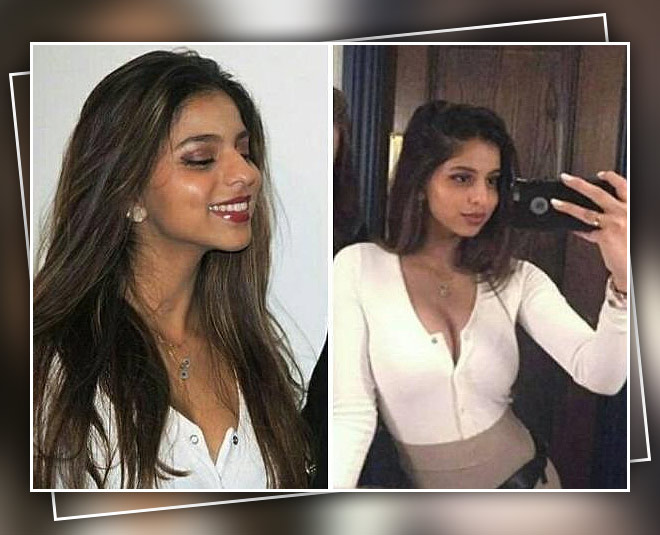 Suhana Khan, daughter of Shahrukh Khan has always been under the radar for her fashion sense be it good or bad but in the recent pictures that have emerged on social media, sure have the internet by the storm. She looks nothing less than a diva!

Suhana stays away from her parents in London wherein she is completing her studies and rung in her 19th birthday on May 22. She has always dropped hints of pursuing an acting career in Bollywood and she is said to be working on her skills to merge in the acting world. Reportedly, after her school is over, she will be taking up acting classes for 3-4 years. The star kid already has a massive fan following on social media so her pics going viral on the net is no surprise. She can be seen wearing a full sleeved white body-hugging top with plunging neckline attending her friend Athena's birthday party. You can see Suhana flaunting her semi-golden locks, nude lipstick and oh yes, what impressed us is the white nail paint. Earlier this month, the star kid penned an emotional note for her mother and entrepreneur Gauri Khan on the occasion of Mother’s Day. She wrote: “Mother is our greatest teacher, a teacher of compassion, love, and fearlessness. If love is sweet as a flower, then mother that sweet flower of love. Happy Mother’s Day. @gaurikhan."

As for the teenager's friends, Suhana is often seen with actors Ananya Panday and actor Sanjay Kapoor’s daughter Shanaya. While Ananya Pandey made her Bollywood debut with Karan Johar’s "Student of the Year 2", Shanaya is working as an assistant on Janhvi Kapoor’s Gunjan Saxena biopic as an assistant director.

Gunjan Saxena is the first woman IAF pilot, who evacuated injured soldiers from Kargil in 1999. She, along with fellow lieutenant Srividya Rajan, fought and faced the enemy fire brought all soldiers safe home.