Take a look at the celebs who attended the special screening of Salaam Venky.

Salaam Venky's movie depicts the tale of a single mother and how she faces challenges in her life. The movie features popular actor Kajol in the lead role and is gearing up for its theatrical release. Revathy, the famous actor-director is making a comeback to filmmaking after a long hiatus. Vishal Jethwa, the Mardaani fame actor is playing the titular character Venky in the film. A special screening for the much-anticipated film, Salaam Venky was hosted recently by its makers in Mumbai. The film’s stars Kajol and Vishal Jethwa arrived in style grabbing the limelight. 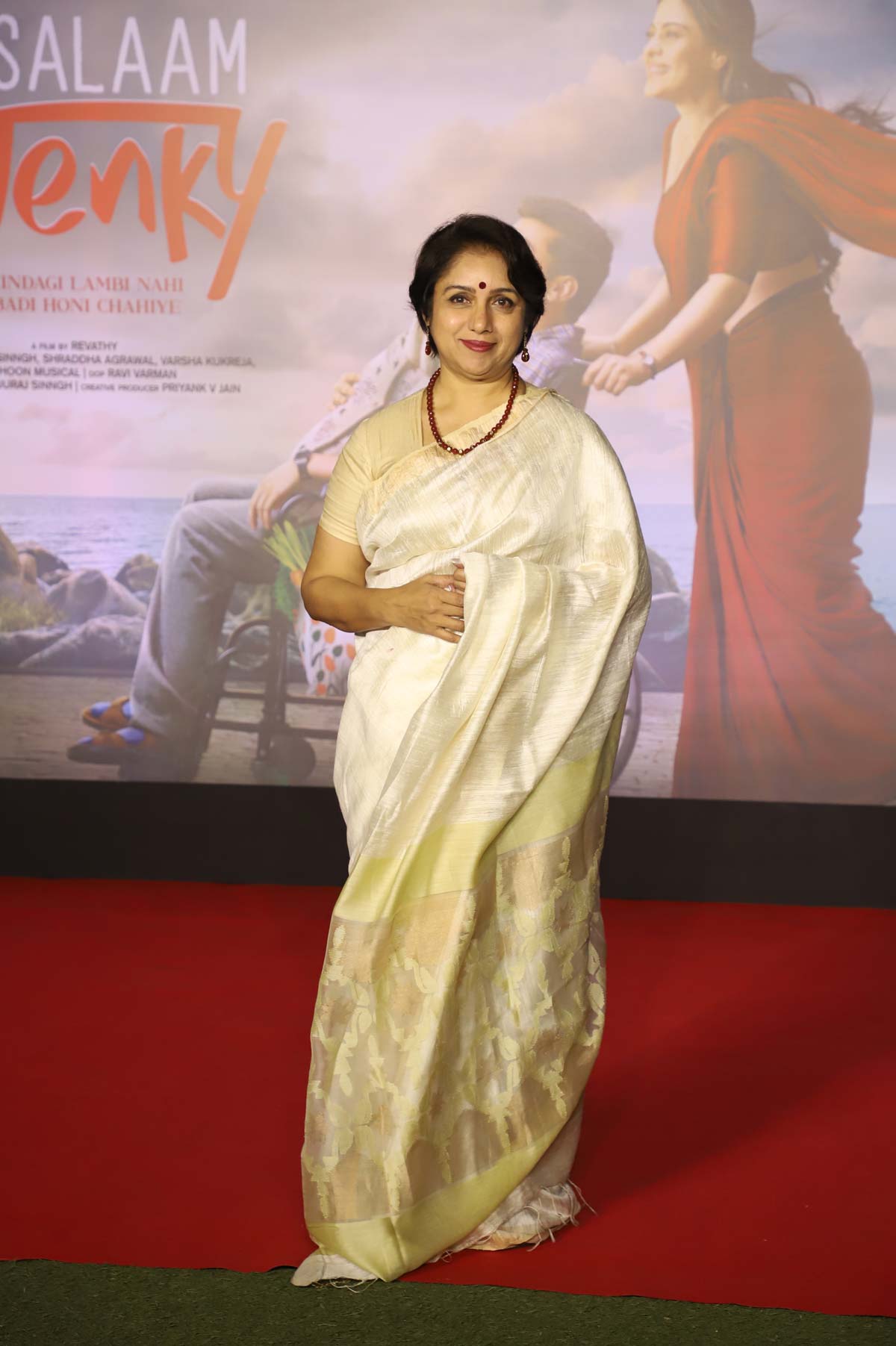 Director Revathy was seen in a traditional Kanjeevaram saree, which she paired with a matching blouse. She styled her look with a red necklace and minimal makeup. 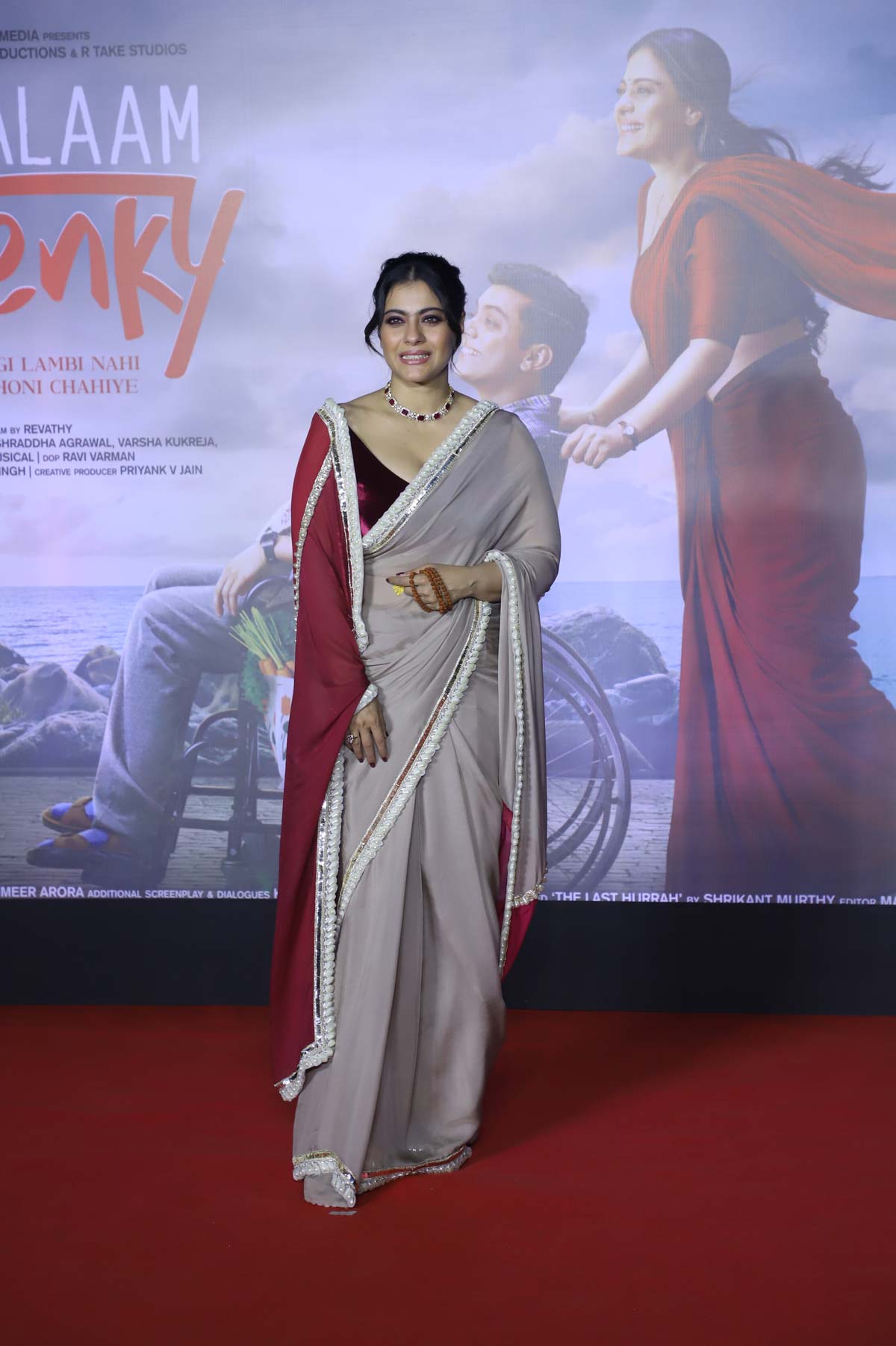 Kajol looked pretty in her chiffon saree, which she paired with a sleeveless blouse. She completed her look with a stylish bun and a choker necklace. 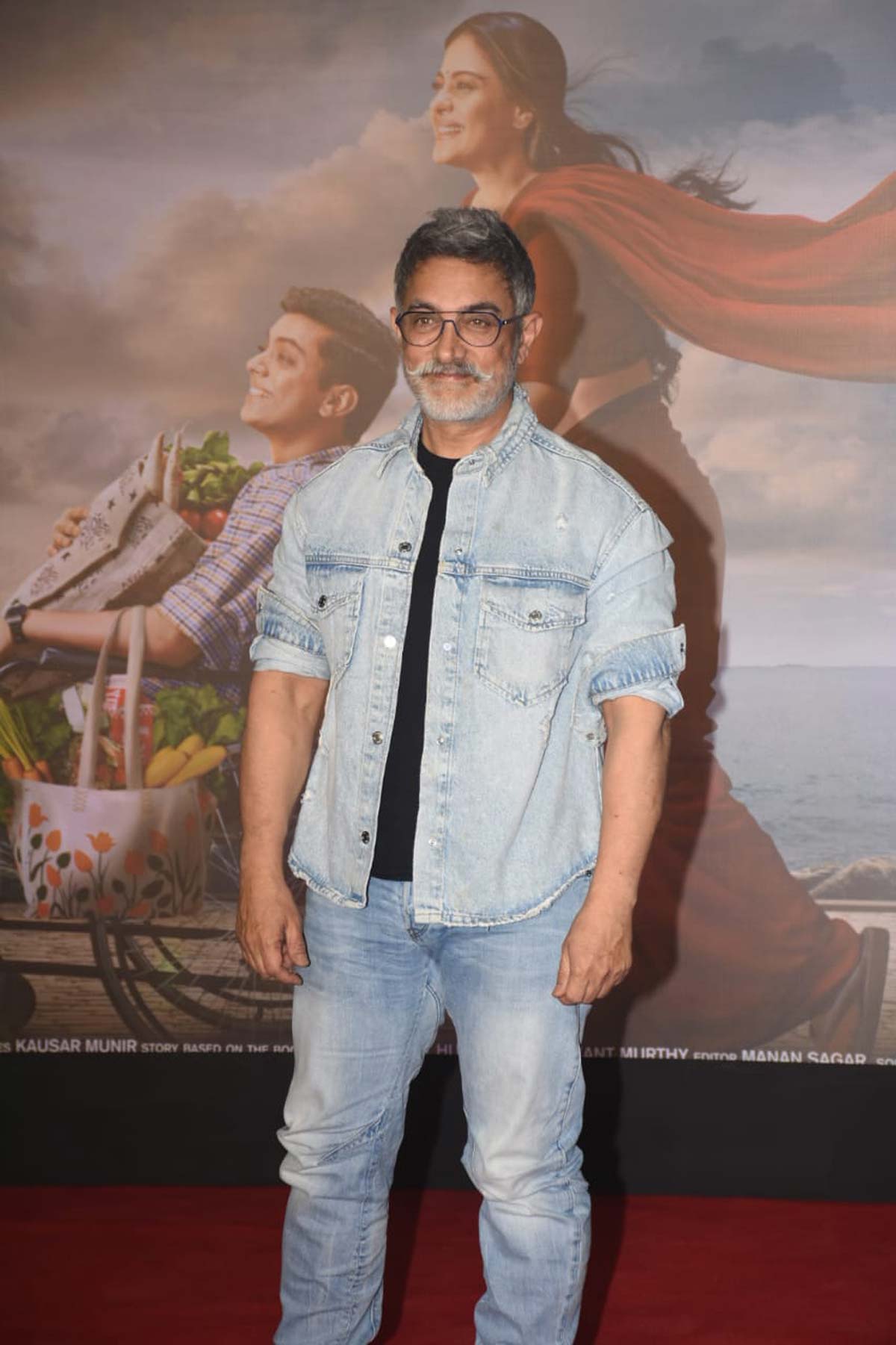 Khan attended the screening in his all-grey-haired look. he was in light denim trousers paired with a black T-shirt and a denim jacket. 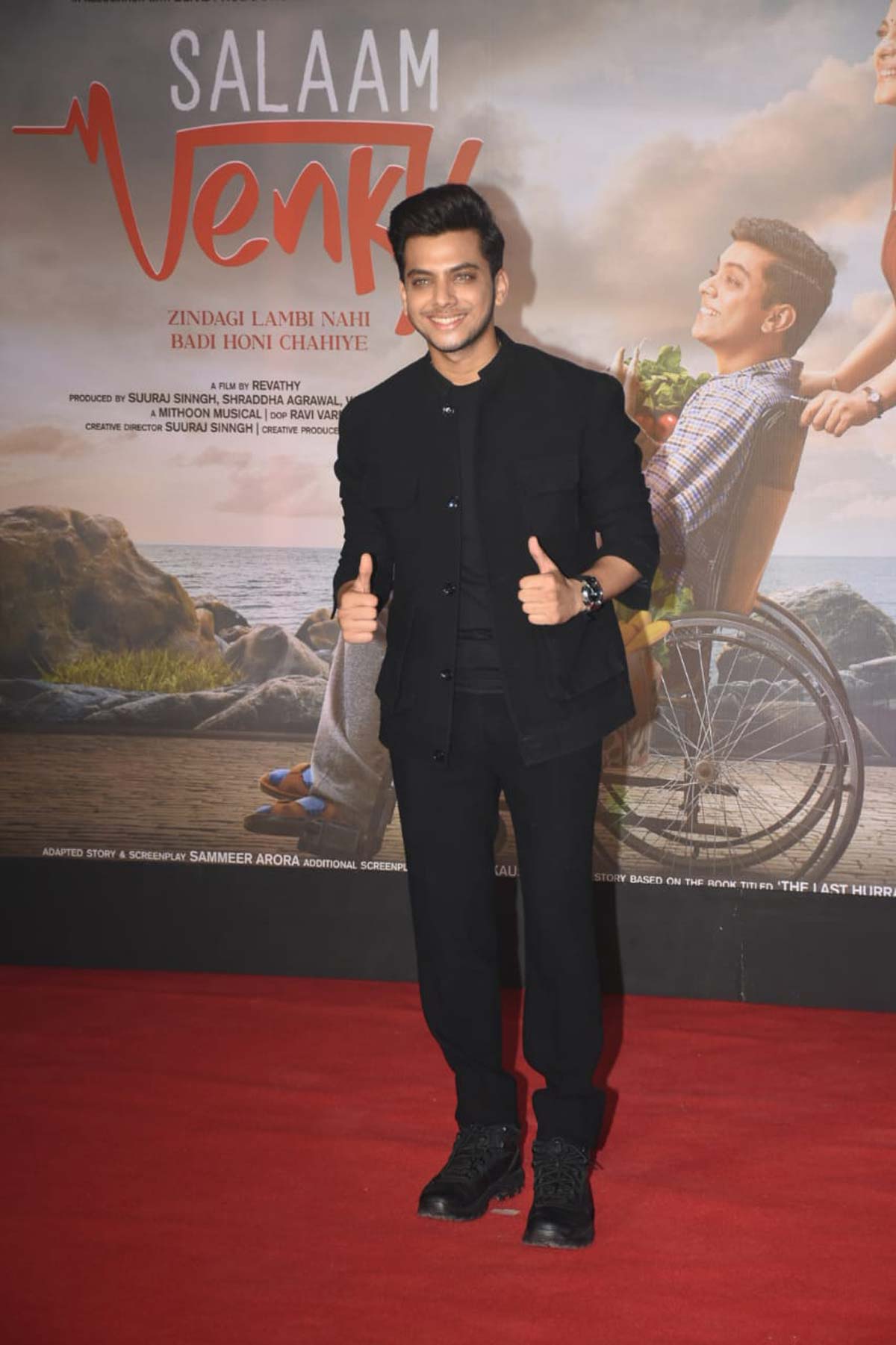 He attended the screening in black trousers and a black fitted blazer. The star nailed his all-black outfit. 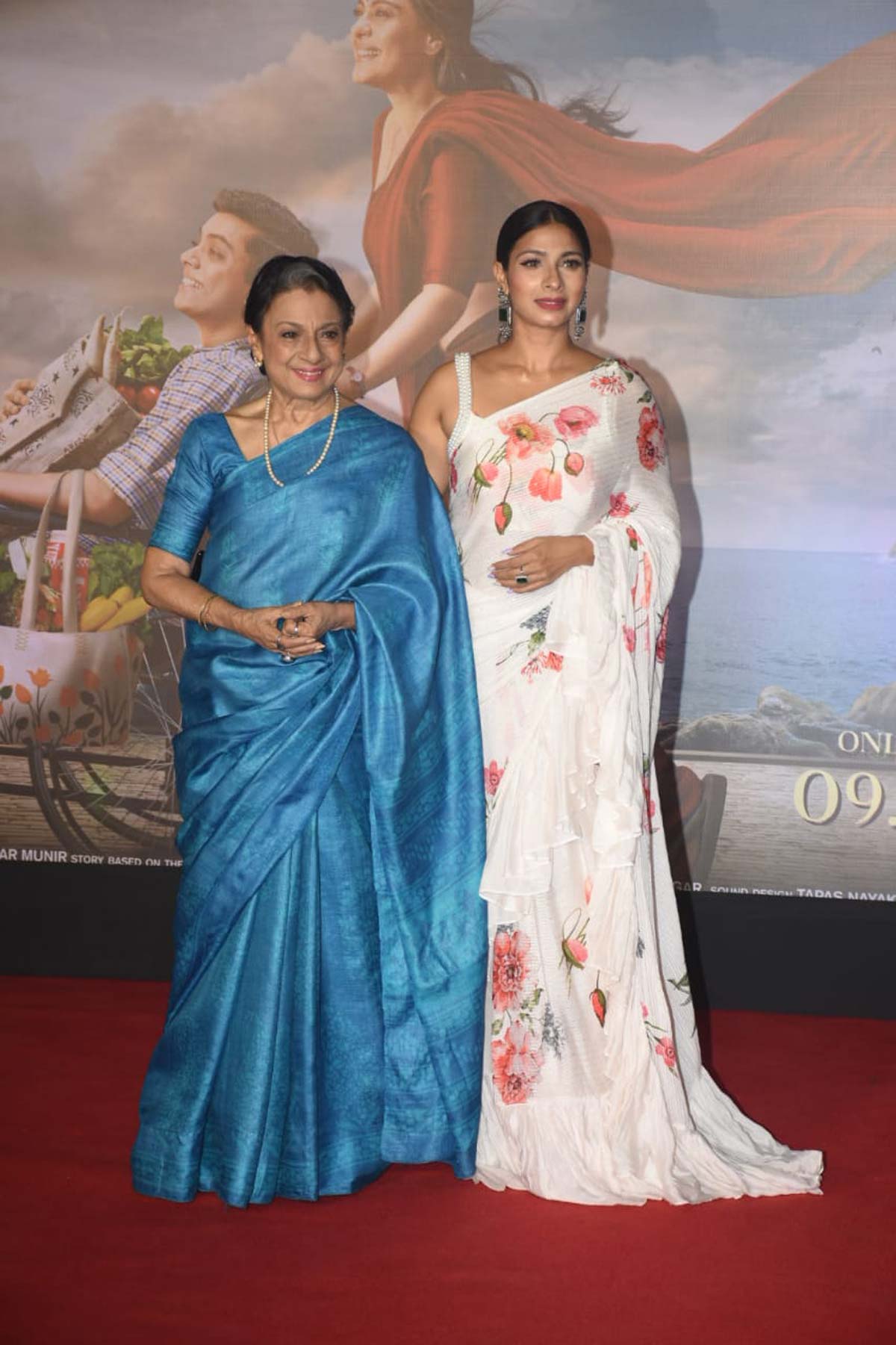 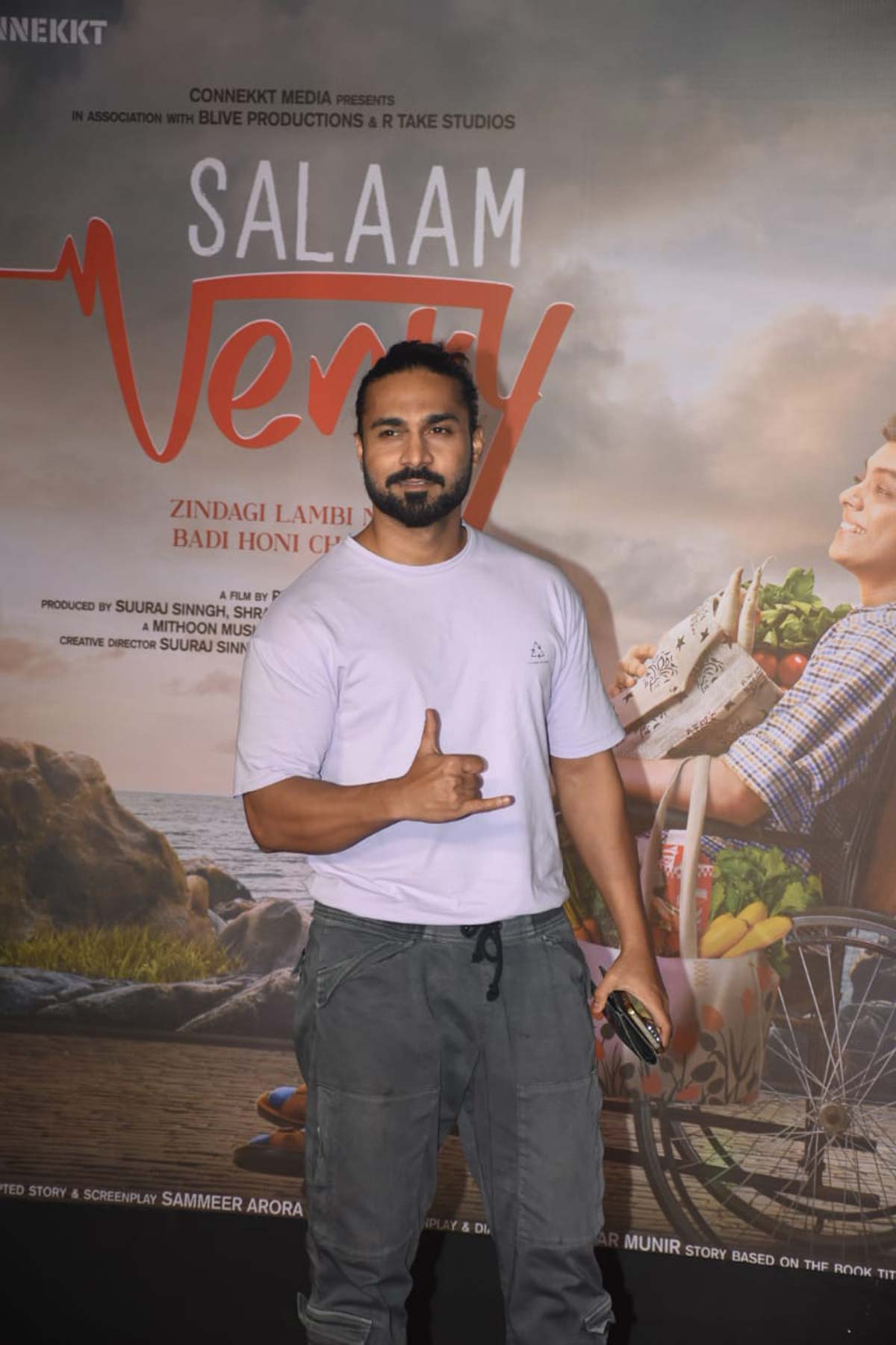 He was seen wearing cargo pants with a plain white T-shirt. He tied his hair for his neat look and smiled at the paps. 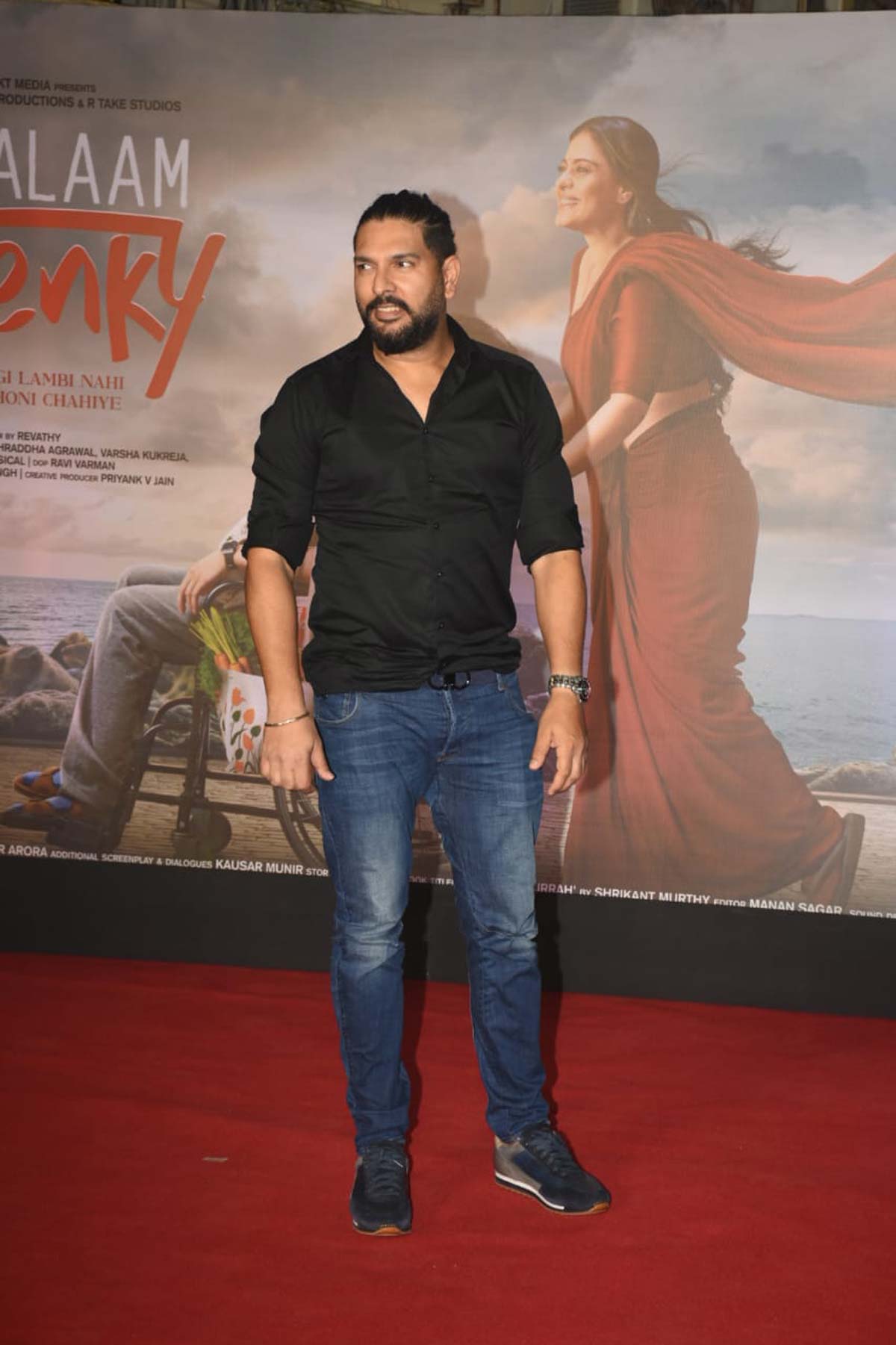 Singh was seen sporting his casual look by wearing a pair of denim jeans and a black shirt. He styled his look with his silver watch and shoes.

Kajol plays the lead in the movie and Vishal Jethwa plays the role of Venkatesh. Aahana Kumra, Rahul Bose, Rajeev Khandelwal, and Anant Mahadevan also play major roles in the movie. Aamir Khan will also make a special cameo appearance in the movie.

The main characters in Salaam Venky are Sujata, played by Kajol, and her son Venky. Sujata is committed to seeing that Venky fulfils his tremendous goal, although he urgently needs medical attention because of his condition. The narrative of the film follows them as they demonstrate how to live a big life while dealing with some of the most challenging situations that could arise. The movie is based on a true story.

Don't miss: 5 Hair Care Tips That Every Bride-To-Be Should Follow For Healthy And Shiny Hair